I've always known my husband Henry is exceptionally intelligent. But I didn't realize the extent of his brilliance until he sprung it on me last Mother's Day.

Days prior to that exploitative holiday I'd convinced Henry we should spend it with his mother.

(Did an inchoate Dread shadow his footsteps after agreeing? Breathe down his back in the still of the night? Were there warning omens and vexing portents that he was heading into a trap? And even worse, a woman's trap?)

I said things like this. And actually thought I meant them:

"I don't really care that much about Mother's Day. It's a Hallmark holiday and I'm sick of being held hostage by Zales' Diamond F-ing Promise Ring. You show me you love me each and every day, so I don't need Mother's Day."

I admit I may have been trying to score some points with my mother-in-law as I suspect she favors my sister-in-law's husband Mark, because Mark says she can move in with them when she gets really, really old.

(I'm currently making Mark some fashionable cement boots he can wear when I take him for a lovely trip to the lake, accompanied by poison-tipped darts tucked in my decolletage -- which is toxin-resistant as it embraces a serpent's heart.)

So imagine my husband's bewilderment when, in the midst of the celebration at his mother's home, I suddenly turned on him teary-eyed and covertly whined in a decibel that only husbands can hear, which instantly puckers their genitalia:

"I guess you didn't even get me a card for Mother's Day, did you? Two C-sections and a 40-lb. weight gain twice because your children have large heads and what do I get for it? A glass of Kendall Jackson Chardonnay and your mother's coq au vin."

(Which is admittedly pretty damned fantastic.)

To which he replied with steely nerve and spirited elan, "But I do have something for you. The girls and I set it up outside. Follow me."

What's this? My martyrdom foiled? Curiosity quickened my step as I followed him outside.

What could it be?

A new vacuum, certainly. Perhaps a Spanx trousseau which would make me feel like a slatternly bovine and render me petulant and affronted so I could lambast my husband with the misplaced anger I feel about everything else in my life. (Not getting published in Jezebel for starters. Don't they know I invented Jezebel?!)

But what did my eyes behold, mounted victoriously upon my mother-in-law's verdant outdoor garden but a clarion of my husband's love and devotion?

An icon which represented, yet again, that I married the best man in the world and had better start doing a self-intervention on my own personality.

My husband bought me a massage table.

A really good, really pricey table, with accessories! Felty-soft table bedding and a collection of lavender-infused oils and lotions.

My first thought was: "He has to take that back. It's too expensive."

My second thought was: "He's got to take that back or he'll think we're going to have sex every night now and I refuse to succumb to conjugal pressure."

Followed not swiftly enough by, "I love that guy. He's so much nicer than me."

And I kissed him for that. 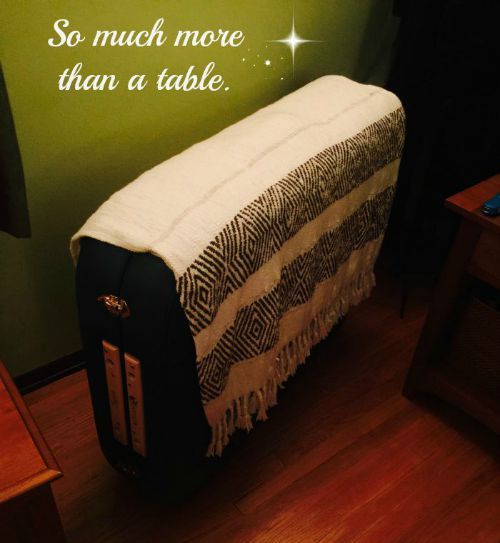 I did have financial reservations. I worried this costly gift might become a white elephant sitting unused and dust-laden in a corner of our house along with the ice cream maker and the cherry corer from Williams-Sonoma.

But I'm pleased to report that we've used the table six or seven times since Mother's Day (quick tabulation -- that's a little more than twice a month!)

At least half of those massage sessions ended with both of us on the table, and the remainder ended up with a certain part of his body easily accessible to me from my supine position.

Sex aside, massaging each other (and yes, I have massaged him too) has created a new type of loving intimacy between us.

We close the bedroom door and wedge a chair under it so no one can get in and our table becomes a shared sanctuary away from our children, cell phones, computers and television.

We give each other our undivided attention and, for women, whether the massage ends in sex or not, it's a sensual reunion with our man. 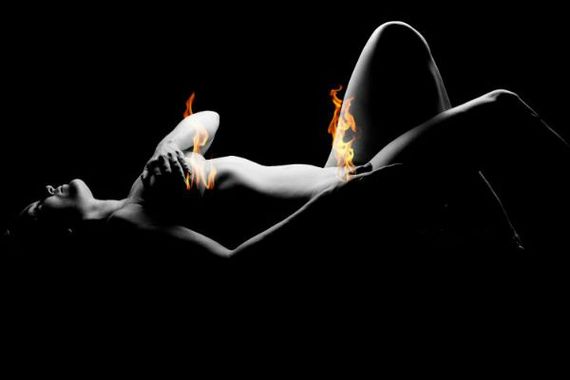 (Wives you may or may not choose to adorn yourselves with loin fire.)

So gentlemen, if you're feeling unloved or unappreciated by a stressed out, worn out wife who never shaves her legs and eats too many chips and hummus to allay boredom, you might want to consider the massage table without the intention of a specific end in sight (except perhaps her end?).

You'll want to use it as an opportunity to show your woman that you love her, that she's beautiful and sensual and worth the effort.

You just might be surprised by the dividends you receive in return. xo S

Don't forget to opt-in to Shannon's bi-weekly NEWSLETTER! and if you like this article you'll LOVE Shannon's new book Married Sex: Fact & Fiction on Nook or Kindle.

1 / 9
Arginine
Nitric oxide is a key component in developing and maintaining an erection. <a href="http://www.webmd.com/erectile-dysfunction/features/natural-remedies-for-erectile-dysfunction">The amino acid L-arginine</a> -- found naturally in red meat, fish and wheat germ among other foods -- is known to boost the body's production of nitric oxide and has been used to successful treat ED in the past, according to WebMD. The Natural Medicines Comprehensive Database has also said the <a href="http://www.everydayhealth.com/erectile-dysfunction/sexy-supplements-what-really-works.aspx">amino acid could be used to treat ED</a>, Everyday Health reports.
Alamy