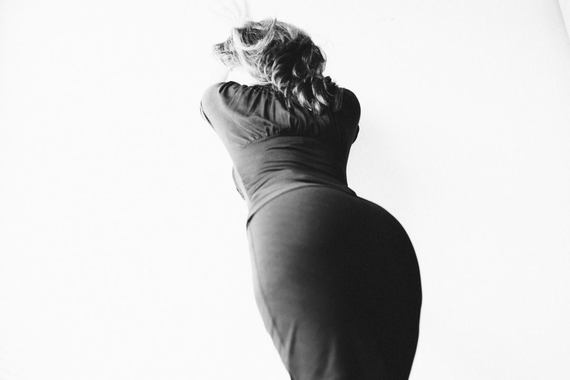 "I like to describe myself as a proudly visible member of the most invisible segment of our society -- older women." - Cindy Gallop

The other day I stumbled upon an article in Salon written by Tira Harpaz. The author's pedigree was impeccable: a graduate of Juilliard, Princeton University and Fordham Law School, a mother of three, and a former attorney who now runs a college admissions guidance business. You would expect a woman of this stature to write from a place of empowerment, would you not? Instead, she penned a piece called "Women Over 50 Are Invisible." Harpaz writes that anyone can be made to feel invisible if they're put in "the shoes of an over-50 woman," and goes on to recount copious scenarios that have made her feel value-less, beginning when a younger man on a train shot her a disinterested glance.

The article was full of anecdotes like that, and the more I read, the more depressed I felt. I didn't feel depressed because I related. I felt depressed because I loathe the power that stale older-women-are-invisible narrative wields. The writer should have been basking in the glow of a half-century well-spent, but she sounded more like someone in desperate need of Prozac. Here was a smart, accomplished woman who'd had the benefit of a five-star education and a brilliant career, whose self-worth had vanished with the advent of menopause. She writes:

Passersby would simply not see me when I walked down the street. People I met at parties would look slightly disappointed and then look past me, and gradually, I began to shrink inside.


I asked myself why I don't feel invisible, at 52. I'm a financially stressed single mother who lives in an apartment, works a full-time job, a part-time job, and writes a blog. And yet I don't feel invisible. I feel like I can compete with younger women for male attention and am surprised when I walk into a room and a man doesn't look at me. I never wonder what's wrong with me; I wonder, what the hell's wrong with him?

So how did I miss this dismal memo? How have I reached the grand old age age of 52 still feeling desirable ... in a far more durable and meaningful way than I did in my 20s?

The easy answer is that I don't look 52, whatever 52 is supposed to look like these days. But it goes far beyond my appearance and speaks to my attitude. After decades spent trying to follow the culture's party line about women, I now get a subversive thrill from trying to disrupt it. I'm a firm believer that our thoughts affect our emotions and self-concept, which then shape our actions.

I could look at myself and see a middle-aged, cash-strapped, over-worked, and occasionally overwrought single mom. OR I could see a survivor who shed her Stepford Wife shell and now isn't letting anyone dictate how she should live, who she should date, or what kind of sex she should have.

Shrugging off society's death knell to mature women takes audacity, something every 50-plus woman needs if she doesn't want to go gently into that good night. Feeling invisible stems less from one's appearance, and more from the value we put on other people's often shallow judgments of middle-aged women. I think it's my refusal to listen to the messages telling me I've passed my expiration date, and my determination to create a brilliant second act, that makes me seem younger than my years. 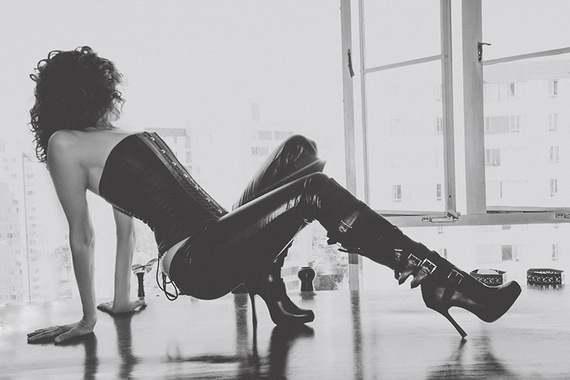