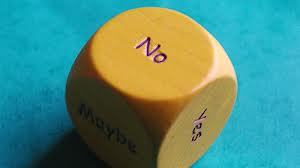 Two teams are competing to make the best recommendation to solve a novel and important problem. Max, the leader of Team 1, gathers information, thinks about it, and calls his team together to tell them the strategy he has decided on. Together they lay out an action plan and timeline. Fran, the Team 2 leader, thinks about the problem, calls the team together and asks everyone on the team to suggest issues and solutions. They process multiple issues and several ideas, identifying risks and upsides of each. Fran makes the decision based on the discussion.

How people approach and make decisions is one important dimension of workplace behavior where there are "gender" differences -- more precisely, masculine-feminine differences. Our heroes, Max and Fran, are prototypes. Max (who could be Maxwell or Maxine) represents the masculine approach to making decisions. Fran (Francis or Frances - female or male) is the prototype for the feminine approach. They operate at different points on the masculine-feminine continuum.

In the scenario above, who is "decisive"? In the western world at least, key leadership attributes include being "decisive." The term generally describes Max's (the masculine) approach to making decisions. Max "leads from the front," aligning the team on the goal and moving into action. There are times when this approach is most effective -- and times when it is not. In our hypothetical scenario, Max's team got into action much faster than Fran's. But what if they missed some key considerations? What if some of Max's team had different suggestions but held back because Max seemed so confident and focused? Fran's approach is slower. But more ideas were considered. The team members felt valued and heard; they have a sense of co-owning the decisions.

Which is better? It depends. In an emergency or when time is limited, Max's way is best. When you need buy-in and creativity, Fran's approach will get better results. Which approach do you want on a team? The answer is, of course, both.
• If a team is made up only of Max-thinkers, they will accomplish the goal efficiently. They may pursue the ideas of the "alpha" leader; pushing aside issues they see as not on the linear path to the goal. They may overlook key issues or impacts of their decision on people. They may march efficiently off a cliff!
• If only Fran-like people are on a project, they will involve people, generate more creativity and build consensus. But they will generally take longer to reach a decision. They may get paralyzed by process or trying to reach consensus and never reach a decision!
• If the team has a balance of Max's and Fran's (as is more likely if both men and women are on the team), the Maxes will keep the group focused on the goal, and the Frans will raise issues and perspectives that may make for a better, more sustainable outcome.

John Gerzema, author of The Athena Doctrine: How Women (and the Men Who Think Like Them) Will Rule the Future, says that the historically accepted form of leadership is overly masculine. He says that leaders today must add more traditionally feminine strengths to their tool kits, including soliciting diverse perspectives in making decisions.

In a recent New York Times opinion, Therese Huston reviews studies answering the question, "Are Women Better Decision Makers"? The studies show that, under stress, there are gender differences, and women perform better. In stressful situations, women take smaller, surer risks and are more able to take another person's perspective; men take bigger risks for bigger wins and become more self-centered. She concludes that this may explain why companies with women on their boards get better financial results.

The real point goes beyond gender. It is about valuing both masculine and feminine forms of decision-making -- in both men and women. The term "decisive" usually describes the more masculine way of reaching decisions. We reserve the descriptor "strong leader" only to those that "lead from the front." Effective leaders can also lead collaboratively, from the side and from the back and through others. Saying, "We don't have a strategy yet ... It's too soon to say" need not signal lack of leadership (the criticism leveled by many when President Obama spoke these words about events in Syria). It indicates the recognition of the need for more thinking, more expertise and more reflection. For big, important matters, that is a good thing!