Summer is a time when many galleries choose to mount group shows, and beginning in July, dozens of such shows will open throughout the country. This month, however, solo exhibitions dominate the commercial gallery landscape, and there are a lot of good ones in the mix. Among them are shows by more than two dozen New American Paintings alumi.

I am particularly excited about upcoming New York shows by John Zurier at Peter Blum Gallery, Garth Weiser at Casey Kaplan, and Ann Toebbe at Monya Rowe Gallery. If you live in Chicago, be sure to catch a two-person show featuring 2012 MFA Annual artists Samantha Bittman and Gabriel Pionkowski opening June 14 at Thomas Robertello Gallery.

There have been many strong shows by mid-career and mature artists as of late, and this month the trend continues. In Houston, one of Chicago's best-known exports, Judy Ledgerwood, has new work up at Barbara Davis Gallery. Maggi Brown, a longtime presence in Boston's art scene, is on view at Barbara Krakow Gallery. Los Angeles boasts stellar shows by John Wesley and Gary Simmons, at David Kordansky Gallery and Regen Projects, respectively. In New York City, Wolf Kahn at Ameringer / McEnery / Yohe, Philip Taaffe at Luhring Augustine, Betty Woodman at Salon 94, and the aforementioned John Zurier are all well worth visiting if you're in the area.

Also in New York City, Matthew Marks has dedicated three of his gallery spaces to the work of Ellsworth Kelly, who recently celebrated his 90th birthday. Age does not seem to have slowed the artist down; the 14 paintings and two sculptures on view were all executed within the past two years. After seven decades, Kelly continues to rigorously pursue line, color and form. 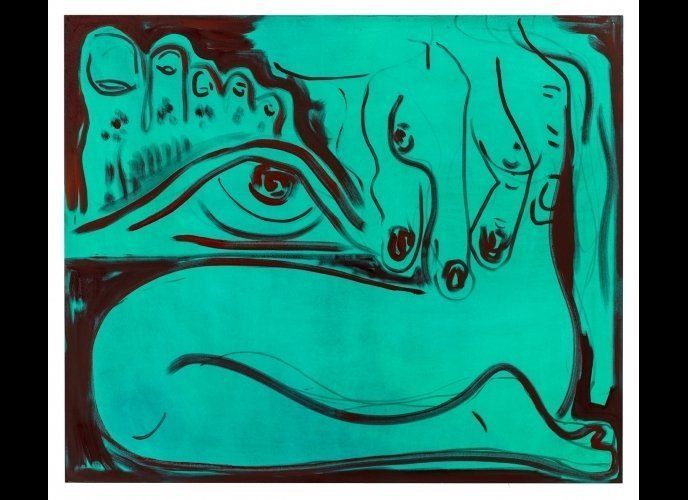