There has been a lot of talk as of late about the receding importance of brick and mortar gallery spaces and a perceived dearth of quality programming at those that still exist. While the internet and the general ease of global communication are sited as causes, the rise of the art fair is most often blamed for the trend. I did not see a lot of evidence of gallery Armageddon as I conducted my monthly review of painting shows. Even on the eve of art world spring break (aka Miami art fair week), dozens of commercial spaces around the country are mounting first-rate solo and group exhibitions.

New American Paintings' alumni look great this month. In Chicago, one of the city's most interesting emerging artists, Dan Gunn, has new abstract work at Monique Meloche, as does Terence Hannum at Guest Spot in Baltimore and Seth Adelsberger at ltd los angeles. In New Orleans, Havana-born local legend Luis Cruz Azaceta looks good at Arthur Roger Gallery. My own gallery in Boston has been taken over by the great Franklin Evans, who is presenting new paintings in the context of a floor to ceiling installation. Former New York City dealer, and all around great guy, Jeff Bailey, has relocated to Hudson, NY, where, this month, he is presenting work by University of Iowa Professor and painters' painter, John Dilg. In the City, Sarah McEneaney continues to blow me away with her suite of hard won new paintings at Tibor de Nagy (Be sure to read Roberta Smith's review of the show in the New York Times.)

I want to give a special shout out to one of my favorite emerging painters, Jaqueline Cedar, who has four new large-scale paintings at Gallery 106 Green in Brooklyn. I first did a studio visit with her when she was finishing her B.F.A. at UCLA, and she was already a skilled painter. She subsequently attended Columbia and since graduating in 2009 has only gotten stronger and stronger. Be sure to check the show out.

Some of the many strong solo exhibitions around the country this month include: Angelbert Metoyer at Deborah Colton Gallery in Houston; Donald Moffett at Lora Reynolds Gallery in Austin; a beautiful show of figurative works on paper by New York School founding member Jack Tworkov at Valerie Carberry Gallery in Chicago; Brian Bress at Cherry and Martin and a major show of new work by Jonas Wood in David Kordansky's cavernous new gallery space, both in Los Angeles; and Whiting Tennis at Greg Kucera Gallery in Seattle. As usual, New York City is brimming over with strong shows. Top among them for me are: Bill Traylor at Betty Cunningham Gallery; Lily Ludlow at CANADA; Alexander Ross at David Nolan Gallery; Sean Landers at Petzel; R.H. Quaytman at Gladstone Gallery; Ridley Howard at Koenig & Clinton; Huguette Caland at Lombard Freid Gallery; Gladys Nilsson at Garth Greenan Gallery; Kara Walker at Sikkema Jenkins & Co.; and be sure to catch the work of emerging artist Ted Gahl in a project room show soon to open at Zach Feuer.

I am a huge fan of well-conceived group exhibitions of which there are a number around the country this month. Two in particular caught my eye, not only because they are well curated, but because, as a pair, they effectively speak to disparate, but vital tendencies within the realm of contemporary painting. In Los Angeles, Overduin & Co. presents "Seven Reeds," a group exhibition that includes an international cast of five of the most sought after emerging artists on the planet -- including Jacob Kassay, Julia Rommel and Fredrik Vaerslev -- each of whom are pushing abstraction to new places. On the opposite coast in Brooklyn, The Journal Gallery has just opened "The Great Figure." In this show six artists working in a figurative mode -- including Dana Schutz, Henry Taylor and past NAP cover artist Keith Mayerson -- demonstrate how the oldest of subject matters can, in the right hands, be as relevant as ever. 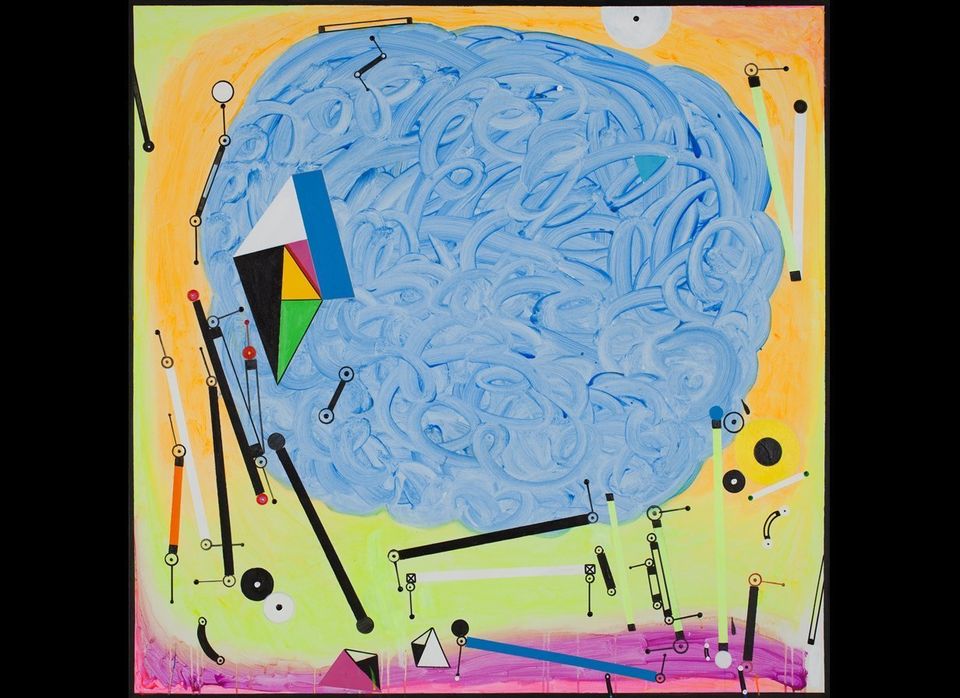