September traditionally marks the beginning of the art season, at least as far as commercial galleries are concerned. As collectors and art world professionals return from summer destinations far and wide, you can feel the art world start to shift into high gear. Not surprisingly, many galleries choose to present shows by their top talent in September, and this year is no exception.

Among the dozens of strong painting exhibitions around the country this month are more than three-dozen shows by New American Paintings' alumni. We pay careful attention to the careers of our alumni at NAP, and over the past twenty years we have seen a number of them go on to achieve great success, both critically and commercially. Some of our favorites are on view this month.

Internationally acclaimed artists Wendy White and Matthew Day Jackson were both featured in NAP when they were still finishing their graduate school work; be sure to catch their shows at Andrew Rafacz Gallery in Chicago and Hauser & Wirth in New York City, respectively. Two solid, and in my mind underrated, mid-career painters, John Bankston and Alexis Rockman, have solo shows at Walter Maciel Gallery in Los Angeles and Sperone Westwater in New York City, respectively. If emerging artists are your thing, then don't miss two of Los Angeles' hottest artists, Eric Yahnker at Ambach & Rice and Devin Troy Strother at Richard Heller Gallery, or Jeanette Mundt at Clifton Benevento and Andrew Schoultz at Morgan Lehman, both in New York.

A big shout out to one of my favorite cities, Chicago, where I will be heading next week to catch the attempted reboot of Art Chicago in its glory days, Expo Chicago. As with last year's inaugural installment, the 2013 version boasts an impressive gallery roster. Those living in Chicago, or visiting this month, have a lot of gallery shows to be excited about. Aside from the aforementioned Wendy White show, don't miss work by the incredible Bill Traylor at Carl Hammer Gallery, or Rebecca Morris at Corbett vs. Dempsey. One of Chicago's best known exports, Judy Ledgerwood, is also on view at Rhona Hoffman Gallery. 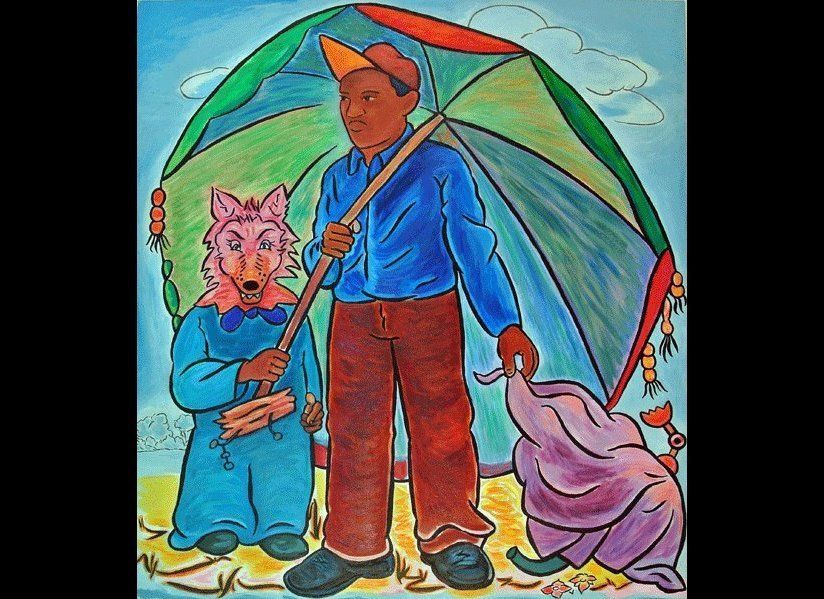