If you build it, they will come.

We're not talking about a baseball diamond in the middle of an Iowa cornfield, we're talking about a legal brothel near Reno, Nev., that's taking the world's oldest profession into the modern age of luxury recreation, featuring a cabaret with live entertainment, a fully equipped spa, and 10 deluxe suites.

"We see this as the Ritz-Carlton of brothels," Lance Gilman, co-owner of the Mustang Ranch Resort, told HuffPost Weird News.

The Mustang takes its name from Nevada's first licensed brothel, and is built on the very site where the historic whorehouse once stood. But unlike the original Mustang -- or any other legal brothel -- this new establishment seeks to earn 40 percent of its revenue from goods and services unrelated to private time with the ladies.

Their business model is nontraditional -- both for the brothel business and the resort industry.

It costs nothing to stay at the resort. However, guests have to pay at least one of the women to accompany them around the Ranch at all times, even if the guest brings a significant other.

Bringing a date to a house of prostitution might seem absurd, but Gilman says it's quite common.

Gilman claims he was a customer at a brothel when he fell in love with one of the women working there. That woman is now both his life partner and his business partner, Susan Austin, the madam of the Mustang.

Gilman and Austin said they were inspired by Walt Disney, who famously took his children to a shabby carnival and imagined building what would become the world's first theme park -- Disneyland.

"Most brothels are basically trailer parks in isolated places and there's nothing to do once you get there other than have sex," Gilman said.

Not that there is anything wrong with sex. Austin says she's gone to great lengths to ensure satisfaction for customers and the 50 or so sex workers who will be on site at any one time.

"We want the ladies to feel like this is where they belong, and this is what they deserve" she told HuffPost Weird News. "We see them as the ultimate caregivers; they're almost geishas and great conversationalists."

Since many of the customers are physically disabled or have difficulty finding sex without paying for it, Gilman said the ideal sex worker would have training in both nursing and psychology, but Austin reported that passion for the job at hand is also crucial.

"Enthusiasm counts," said Austin, 61, who became a sex worker in her mid-40s. "But I don't want an 18-year-old. I want someone who's accomplished."

"We're not looking for Barbie dolls," she continued. "They're used to homage. I want someone who says, 'What can I do for you?'"

While Gilman and Austin are trying to combine luxury with lust, other brothel owners are jazzing up conventional bordellos. Dennis Hoff of the Moonlite Bunny Ranch in Carson City, Nev., the brothel featured on the HBO series "Cathouse," is hoping to attract customers by emphasizing the fantasy angle with an E.T.-themed brothel where the workers and customers can dress up in sci-fi costumes. 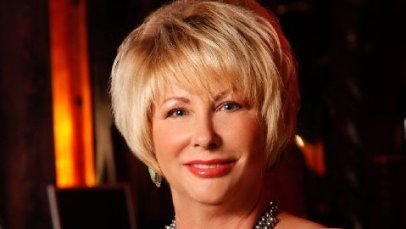 That's not good news to people like Anne Bissell. The former prostitute helps survivors of sexual violence with counseling and housing and works to help take away any shame and stigma they may feel so they can, like Bissell herself, overcome the past.

Bissell's mission is to deglamorize the global, billion-dollar sex industry, which she believes to be full of what are not victimless crimes.

"The sex industry has hijacked so many terms, like freedom of choice," she told AOL News. "It used to be the definition of an empowered woman was a doctor or lawyer. Now it's a stripper or prostitute. I call it the 'Pretty Woman' myth."

Prostitution is legal in Nevada on a county-by-county basis, but is banned in Las Vegas. A successful brothel can be a significant boost to the local tax base, according to Bum Hess, a commissioner for Storey County, where the Mustang Ranch is located.

"Our tax base is $11 million a year, and we believe the Mustang Ranch will contribute about $300,000 to that," Hess told HuffPost Weird News. "I think it's the classiest brothel in the U.S. -- if not the world -- and people are coming to Storey County just to see it."