While the rest of South Florida was celebrating Independence Day, the local SPCA was dealing with yet another atrocity against horses.

SPCA posted their gruesome find on Facebook, with a photo of a horse skull still wearing a bridle and loose hooves with the shoes still attached. 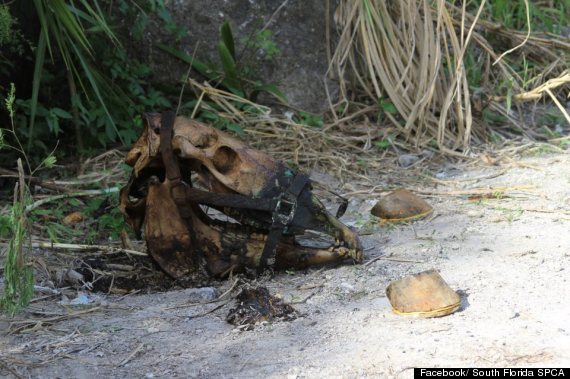 The area is infamous for illegal horse slaughter, and authorities thinks that's what happened here.

“It’s ironic that we discovered the remains on the July 4th holiday. Few things are more un-American than eating horse meat,” Jordan said. “People think that the slaughter issue is all over, that horses still aren’t being slaughtered, and the truth is they still are being slaughtered in our community. It’s a tragedy.”

The skull had a bullet hole in its head, and the items were found in dog food and trash bags, WSVN reports.

Animal Recovery Mission's Richard Couto investigated the equine remains and determined that the animal was a young racehorse, based on the shoes still attached to the hooves.

“This is a hot bed for illegal slaughter of horses,” Couto told WSVN of the area. “Horses are killed on private properties, the parts that aren’t used for human consumption are dumped in bags and dumped on the side of the road.”

The South Florida SPCA’s horse rescue is filled with more than 80 horses, mostly found abandoned or left to die in the same area that the remains were found.

Earlier this year, there were two major cases of animal abandonment, emaciated horses and a dog found in March.

LOOK: Animals rescued by the South Florida SPCA in March: 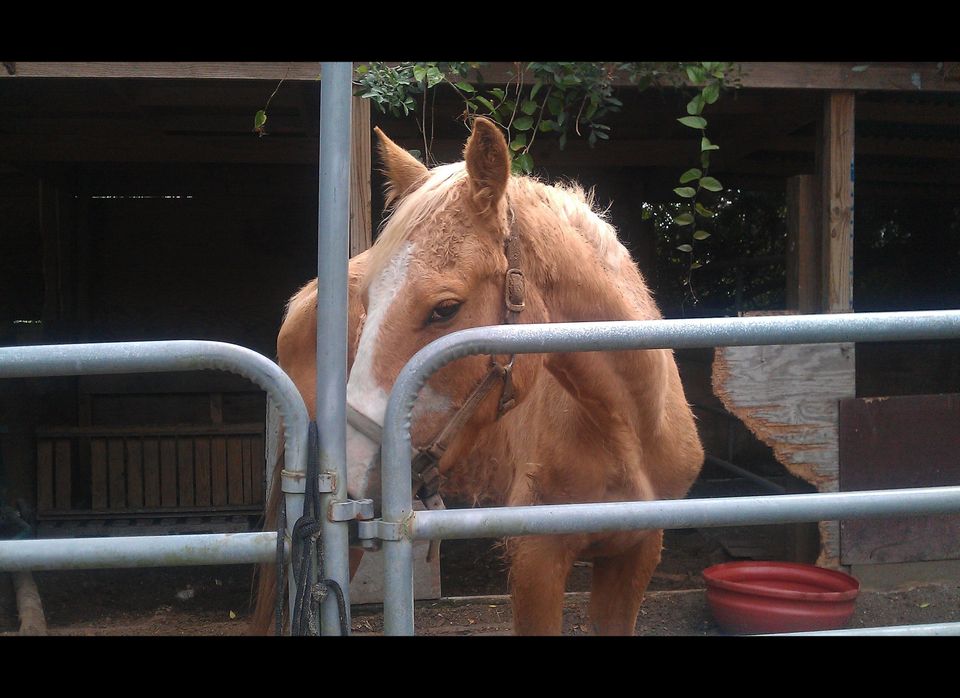