Last week I shared a letter I had to written to Wells Fargo CEO John Stumpf in March of 2013, regarding the intense sales culture and the negative impact it had on employees, including my sister, who was about to lose her job because she could not meet her sales goals. In that letter, I quoted to him Wells Fargo's Vision Statement:

"Our vision has nothing to do with transactions, pushing products or getting bigger for the sake of bigness. It's about building lifelong relationships one customer at a time."

"When they're (employees) properly supported, incented, rewarded, and encouraged and recognized, they're even more satisfied with their jobs, providing even better service for our customers."

My next to last paragraph asserted the fallacy of those Statements.

So, Mr. Stumpf, I have addressed you from three perspectives: A relative to an employee, a former commercial banker, and a customer. I think all of these qualify me to give you an honest assessment of how your Values and Visions Statements fail to faithfully filter down to the front-line employees at the branch level.

I think this assertion has proved accurate, given the now-known unethical actions the employees resorted to in meeting their sales numbers due to the culture of fear that pervaded the system.

I ended the letter with this paragraph:

That said, I am ending this letter with my thanks for your having read it, and with a wish for a more aware and benevolent Wells Fargo corporate culture--one that recognizes the value of excellent service in customer retention; and one that acknowledges dedicated, long-term, hard-working employees like my sister with the most coveted reward of all...Continued gainful employment.

I deliberately did not include my sister's name, because the appeal was broad in scope; plus, my sister did not even know I had written the letter.

In just a matter of days, I received a letter from Claudia Tokarz, employee Customer Relations, saying that she was writing on behalf of Senior Management at Wells Fargo Bank, responding to my letter to Mr. Stumpf, Chairman and CEO. She shared Wells Fargo's vision for success, including "valuing team members and providing a place where they can build a career that can last a lifetime." Then she wrote, "Please have your sister reach out to me directly, either via phone or email at the contact numbers below, to schedule a time to discuss any concerns she has. Your sister's concerns will be taken seriously and addressed appropriately." 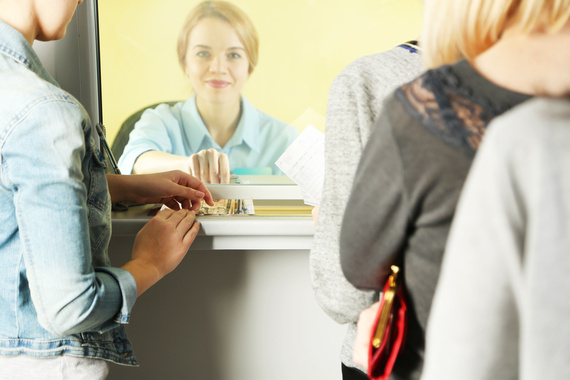 I was most impressed by this quick and positive response, and at that point, I let my sister know about the letter I had written to Stumpf and the letter I received from Ms. Tokarz. I encouraged her to follow up, and provided the contact details for Ms. Tokarz.

Her initial conversation with Ms. Tokarz was very brief but very positive. They set an appointment to have a more in-depth conversation the following week, and Ms. Tokarz asked my sister to advise her Human Resources department about their contact. Apparently, this opened the door for Ms. Tokarz to access every bit of information about my sister, including her employee reviews and sales reports.

My sister started working for the bank when it was Wachovia. Not until Wells Fargo acquired it did the sales goals become endemic within the culture. Because she worked at a large public branch, she was able to meet the ever-increasing sales goals WF implemented. When she transferred to a smaller branch on a military base, which provided much less opportunity for cross-selling (okay, pushing products) her sales goals were not adjusted, and from the beginning she struggled to meet them. Because she was liked and valued by her manager, she was given some slack, which the manager apparently had the authority to provide.

Sis had used only one sick day in six years. Yes, you read that right. She was very accurate in her transactions. Her customer-relations skills were great . She scored very high on every "mystery shopper" survey. She was trusted with opening the bank each day. Yet she dreaded, dreaded going to work because of the sales culture. 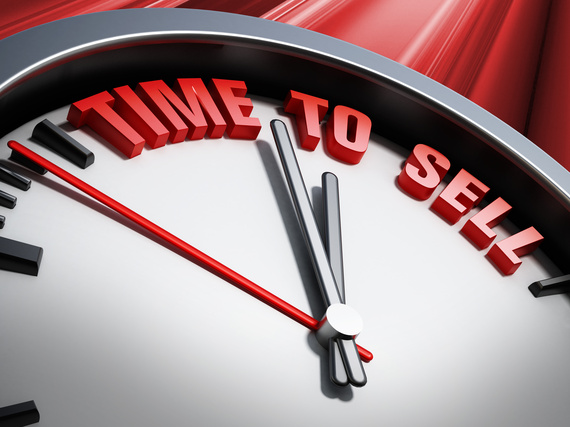 Three employees at her branch were fired in one day because they conspired among themselves for one teller to get credit for another teller's "sale." It was that competitive. No doubt it really hamstrung the efficiency of her branch operations when the manager had to fire three employees in one day. But as we've learned in recent weeks, the intense sales culture fostered desperate, dishonest acts. Like my sister, these people needed their jobs. Desperate times, desperate measures. I'm not excusing the dishonesty, and I don't condone it, but because of my sister's experience, I do understand what led them to it.

Because Sis was a very good employee, the manager had for months "worked around" her weak area--sales numbers--so that my sister kept her job; but by the time I had written Mr. Stumpf, she was on her final warning and was expecting to lose her job within a month.

So, did the intervention of Claudia Tokarz take into account all of the positive factors of my sister's job performance, forgive the numbers, and give her a reprieve?

What happened as a result of Ms. Tokarz's delving into my sister's records was that it threw a light on the under-performing sales reports that the branch manager had been able to downplay. My sister could not provide specifics about how this was possible, because she really didn't know. But she knew that her manager valued her and was willing to find ways to keep her.

Ms. Tokarz had no such charitable leanings. The fact that my sister was a valuable employee outside of sales numbers--which was documented in her performance reviews--carried no weight with Ms. Tokarz. As the days towards the termination date were counted down, my sister knew her firing was inevitable. She wondered why Ms. Tokarz had even bothered to intervene, to give her hope.

When, finally, she was called into her manager's office for that fateful firing, my sister said, "Before you say anything, I'd like to resign." She felt a resignation would look better on her resume than a firing, even though it meant she would not get unemployment benefits as she looked for a new job.

My sister used the term "rude" to describe the tone of her final conversation with Ms. Tokarz. Because of that conversation, she knew there was no hope, and so she had mentally prepared to resign. And what were these final words Ms. Tokarz said to my sister that dashed all hope?

"It really is about the numbers, Karen."

And it was that misbegotten, cumbersome policy that harmed millions of customers, torpedoed thousands of employees' careers, and inexorably cracked the foundation of Wells Fargo.