Six months ago, my sister called to tell me that Kelly had died.

My sister calls about three times a year. We've never been close. I figured she needed a place to crash her drunk ass after missing her train back to campus, again. I only answered because it was late and a tiny part of me was nervous that it might be serious.

She was sobbing hysterically on the phone, so the news came out in a high-pitched squeak: "Do you remember Kelly? She overdosed. She died. This morning. Her step-dad found her in her bed." 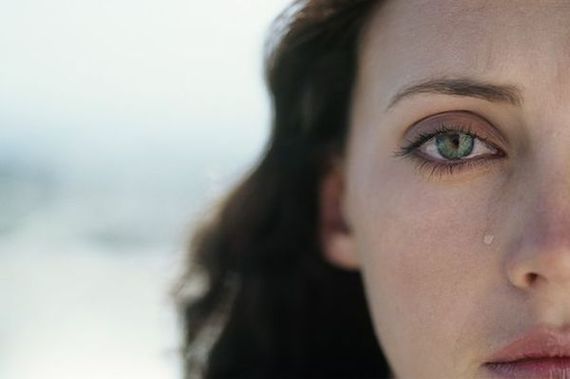 I did remember Kelly. She was a family friend and my sister's best friend growing up. She was a sweet, quiet girl, standing less than five feet tall, and with these bright blue eyes. Though somewhat shy, she had a warmth that drew people towards her. Also, she was a gifted artist.

It seemed surreal that she was gone.

Sadly, at nearly six years sober, I was used to this kind of thing. After all those Alcoholics Anonymous meetings, including dozens of trips across the country, I have a network of literally thousands of people -- all marked secretly in my phone with ellipses next to their first names.

This is an incredible resource. Knowing that there are so many people I can call helps me stay sober. But on the darker side, having this many friends and acquaintances who struggle with addiction means I end up at a lot of funerals.

But that didn't make hearing this news any easier.

There is always sadness and heartbreak. But it was different with Kelly: Two years earlier, she had been my sponsee.

In AA, a sponsor is a mentor who helps take a person (usually of the same gender) with less time sober through the 12 Steps, takes their phone calls, and offers them suggestions when needed. Sponsor-sponsee relationships have been some of the most intimate non-romantic relationships I've ever had. Guiding someone else through recovery is a unique experience that helps me as much as it helps them.

In the four years I've been sponsoring, I've worked with dozens of women -- some for a couple of days, others for years. I've had up to four sponsees at any one time.

"It's not your fault," my sister reassured me. "She didn't want to get sober."

When I first started sponsoring women, I would blame myself if they didn't stay sober. But in time, I've learned that I can't force anyone to get help. "Hitting bottom," as they say in AA, is a personal experience and everyone must arrive there on his or her own timeline. I've seen many of my sponsees relapse, but most return to AA eventually, when they're really ready. Of the ones I've reconnected with now, most have at least a year sober.

Kelly was 19 when she first reached out to me. She had just gotten out of rehab and called my sister, who came to me and asked if I would help her get connected with the recovery community. Of course I agreed. Kelly called me that day and seemed excited that someone she knew was also in recovery.

She called me daily to check in and loved going to meetings, but I could see she wasn't quite ready to let go of her old lifestyle. Though she didn't drink or use drugs, she continued to go out partying with her old friends. She identified as an alcoholic, but she had one foot out the door.

When I think back on those first few months with Kelly I'm reminded of my own early sobriety. When I started attending meetings, I felt lost in a sea of new faces. I remember how anxious and uncertain I was. At my first ever meeting, I happened to run into a childhood friend -- a chance encounter that was crucial in helping me feel safe at meetings. I asked her questions that seemed stupid to me at the time, like what is a sponsor? She was patient, answered my questions and made me feel at home. I had tried to do the same for Kelly.

But I had the willingness to stay sober and remain so until now. Kelly did not. I'll never know why.

"Charlotte, I don't know what I'd do if that was you," my sister blubbered over the phone, "Thank God you're sober!"

For all the bags of dope I snorted and smoked, it could easily have been me that died. At 21, Kelly overdosed on a bad batch of heroin that had been circulating the tri-state area. My close friend relapsed and died from the same laced batch weeks before Kelly got her hands on it. Both deaths were complete accidents. I constantly hear in meetings that even one relapse could lead to death. It seemed over-dramatic when I was newly sober. Now I've experienced enough loss to know it's true.

The day I found out Kelly died, I didn't tell my employers why I needed a last-minute personal day. They may have already noticed that I attended a higher-than-average number of wakes, but I had never told them about my recovery.

Having lost so many friends and acquaintances in AA, I had my grieving down to a science: It involved a lot of crying. I cried to friends on the phone and in meetings. As an old-timer once told me: "The only way out is through" (in other words, you have to feel your feelings, no matter how painful).

When I felt lonely, I left my apartment and completed even basic routines, like shopping or doing laundry, in the company of a friend. I kept going to meetings and doing my 12-step work -- answering calls from sponsees and showing up to meet with them.

Taking action prevented me from falling in to a black hole of depression, anger and self-pity. Despite my grief, I just forced myself to keep on living. I have to push through the discomfort and pain in this way, in order to preserve my sanity.

I travelled to Kelly's home town in New Jersey for the wake. I didn't plan to tell her family she had been in AA because one of the traditions in the program is anonymity. If Kelly's family didn't already know about her attempt at recovery, she might not have wanted them to.

I hadn't seen the family since my childhood, so I didn't expect them to remember me. But as I waited in line to view her body, Kelly's twin sister, Anna, and her mother and stepfather recognized me instantly. I could tell right away that they knew.

Breaking from the stiff formality of the occasion, they all hugged me in unison, thanked me through their tears, and assured me there was nothing I could have done differently.

Anna and her mother told me stories about Kelly, and how she would talk constantly about AA. She was excited about recovery, and having me as her sponsor. For the time she was going to meetings and working the Steps, they said she seemed noticeably lighter and more peaceful.

I was floored, and overcome with gratitude to hear that our work had made an impact on her life.

I see every day how much sponsorship can help a person who stays sober. My first sponsee, Maria, and I started working together when she had just a few days sober, and was full of fear. Because of our similar histories, I was able to help her accept her painful past. She told me things she'd never told anyone -- about childhood trauma, abusive relationships, cheating and psychiatric illness. I let her know that she wasn't alone. Though we no longer work together, she now has four years sober and we still talk on the phone sometimes. I can hear in her voice how much she's changed.

After talking to Kelly's family, I realized that sponsorship can also make a deep impact on someone who doesn't stay sober. Working with Kelly didn't save her life -- but for a few months, it might have offered her hope.

Not everyone I reach out to will stay sober, and some might never come back. But the moment with Kelly's family at her wake renewed my determination to keep being there, as much as I can, for anyone who asks for my help.

Charlotte Grey is a pseudonym for a writer and dancer living in New York City. She studies contemporary, salsa, samba, and classical ballet as a hobby and works in academia. She (too frequently) indulges in fine dining and loves to follow her favorite bands when they tour the East Coast.

More:
Aa!healthy livingAddiction and RecoveryStronger Togetheraddiction
Newsletter Sign Up
An essential daily guide to achieving the good life
Subscribe to our lifestyle email.
Successfully Subscribed!
Realness delivered to your inbox