Apparently, my baby stole my body.

Maybe "stole" is a little harsh, but it would seem that she took it away and is currently holding it hostage. 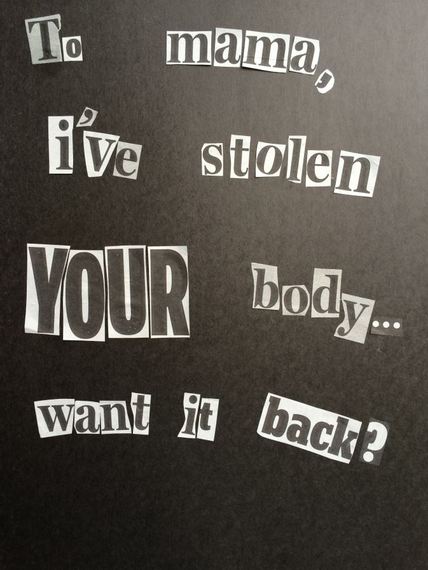 But what if -- and I'll say this with a whisper -- what if it's not a requirement at all?

What if we, as mothers, actually embraced our postpartum figures? What if we cherished our bodies and valued what -- and who -- they have so skillfully created instead?

Because if there's one thing I've learned about motherhood, it's that there is no going "back."

I cannot turn back the clock to cuddle that bundle of terrifying doe-eyed love, back when she was small enough to cradle in one arm.

I cannot turn back the clock to re-watch my daughter's eyes sparkle at her first sight of rolling waves.

I cannot turn back the clock to relive the joy of watching her taste a lemon for the first time.

In truth, there is only The Now. And tomorrow.

Because there are countless cuddles to come.

Because nature has a million firsts just waiting for us to discover.

Because lemons won't lose their zing.

Sure, yesterday was filled with cuteness... but tomorrow is filled with adventure. And yes, my skin was once smooth and taut... but now it has the markings of a warrior.

Because I faced death while delivering life. And I lived.

And here I am, still living.

I'm living with under-eye shadows, due to my inevitable break-up with sleep.

I'm living with breasts that have changed shape, size and direction more times than I can count over the last three years.

I'm living with skin that stretched so far that it scarred.

Because my baby stole my body -- and she can keep it.