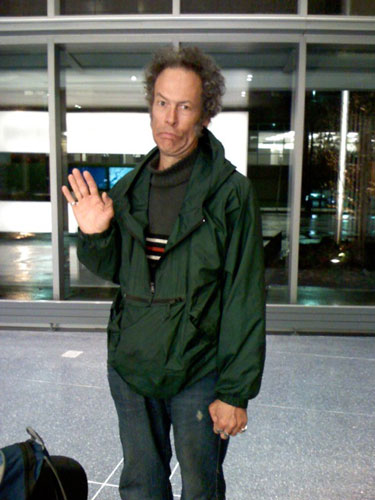 Today would have been my brother's 60th birthday.

Shariff Billy Nyad died three years ago, age 57, having lived most of his adult life on the streets of Boston. For those of you who are familiar with mental illness in your family, you will recognize this story.

Shariff. Let's start there. My brother, three years younger than myself, two years older than our little sister Liza, came to our parents when he was about eight. He told them he meant no disrespect. His given name, William, was a fine name, he said. And he had given it several years. William, Willie, Bill, Billy. He had tried them all but they simply were not working.

So my parents asked if he had a name that was right.

And he did. Shariff. And he called himself Shariff the rest of his life.
Until the end. Then he reverted to Billy.

Shariff was the smartest of our family, by far. He wrote a book at the age of 11, titled The Jewels of the Everglades. Elementary school classes used to come to our house to visit his collection of tree snails and hear his lectures on their particularities.

He would stay up all night through most of his youth. I could hear him talking to his imaginary friends through the central air conditioning system. I suppose all the signs of schizophrenia were there but it was a different era. We just thought of Shariff as bookish, anti-social.

Then we interpreted his first few years away from home, dropping out of Boston University after only a short while, as hippie, druggie time. Again, we were naive. 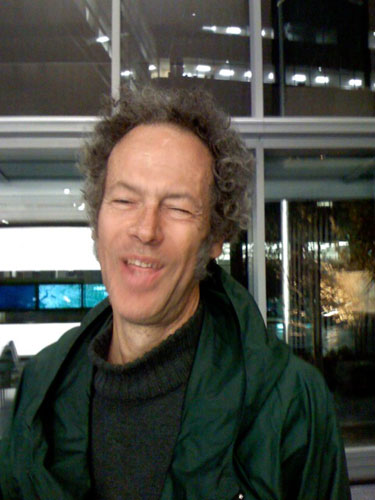 In the end, from age 18 to the end, 57, Shariff mostly spent his days on the streets of Boston. He became a leader among the homeless there, affectionately called among them "The Pied Piper." He would help them with their medical, legal, family and health problems.

I made my home in New York City most of that time and I would, oddly enough, easily find him a couple of times of year. I'd go to Kenmore Square or Boston Common and ask if The Pied Piper were around recently.

I'd offer to take him to a nice lunch but he preferred to take me to the soup kitchen, meet his buddies. I'd offer him a pile of cash when we'd leave each other but he'd always laugh and wonder what he was going to do with it.

Our family offered many times to either take him in with us or to arrange for a small apartment for him in Boston, but he chose his place among the street folk.

He thought he played for the Boston Pops... and was ready to fly to report to camp for the Pittsburgh Steelers.

When we went to a lawyer's office to get his papers in order, he suggested to the group that their lobby was quite boring and he could entertain folks with his saxophone, instead of playing on the subway platform. He was so charismatic, they actually considered it.

Life on the streets is hard on a body. Shariff was 6'3" but stooped over when he walked. His eyes were furtive, darting side to side after all those years of sleeping in bus stops, under freeway overhangs. He was tired. And in ill health.

On the way to his funeral (a scene right out of the Sopranos, but let's save that story for another time), I was fully prepared to mourn the tragedy that was my brother's life.

But so many of the homeless who showed up at the service, intelligent and marginalized individuals, to be sure, stood up and spoke of Shariff with eloquence and sincere admiration.

One blind man said my brother had brought him dinner from down the street at the soup kitchen every night for 12 years. No matter the winter weather. No matter if Shariff had the flu. He made a tray and carried it down the block to this fellow every single night for twelve years.

Another man, reminiscent of the character Jim on the Taxi series, ruffled hair and faded jeans jacket, broken voice, recounted how Shariff and he spent many daybreaks at the beach "philosophizing."

I flew home in a state of contentment. Sure, I wish Shariff had known more daily physical comfort. I wish he had taken some adventure vacations. I wish he had soaked in a few lovely hot baths.

But he evidently created a community who turned to him for leadership. He cared about a great many people and took good care of them.
In the end, I admired him.

Today, on what would have been Shariff's 60th birthday, I remember him so very fondly.