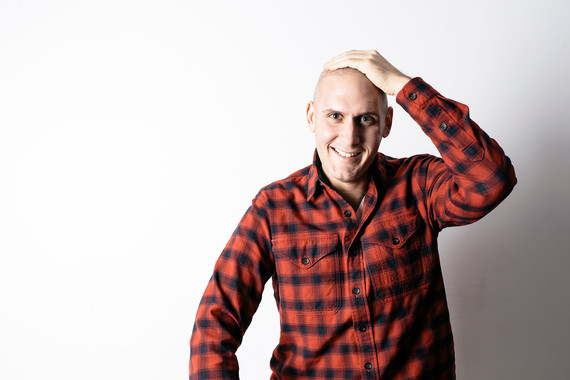 Last week, Jay Michael revealed his stage 4 cancer diagnosis in "My Choice to Live: Part I" on the Splash blog. Here, he continues his story...

For most of my life, I have set lofty goals -- often very far-reaching goals that really pushed me to perform. My main goal in high school was to get the highest grades I could while doing as little work as possible -- admittedly, not an impressive goal. I made it my mission to find a way to move to London at 18, a city I was certain was my next hometown although I had never even been once; I celebrated my 18th birthday with a bunch of international students living in a breathtaking 17th-century dorm at a London college. Mission accomplished. I learned about international policy and met firsthand with religious difference. I set my intention on landing a role at CNBC Europe and, after a few big letdowns, I was soon a valuable asset within the organization. They offered me a visa to stay overseas (a golden ticket to an American in London). I set big, ballsy goals and, for the most part, I consistently met them.

Today, my goals are small but ever mightier. For example, at night when I need to use the loo -- which, during chemotherapy, is a five- or six-times-a-night sort of occurrence -- my goal is to first, slowly and carefully, make it to the dresser, where I hold on tight and take a few seconds to catch my breath and balance. The next goal is to take six steps to the toilette. My day is made up of these small goals -- sort of baby steps -- like taking a four-block walk, drinking water, taking a shower, taking my medications on time, maybe responding to a few emails if my brain will allow for it and trying to eat a healthy day's worth of nutritious food. My goal to reinvent the way we develop real estate or my goal to create the most prolific real-estate lifestyle brand sort of seems less important. My main goal today is to live and to live well -- and it's the small, seemingly menial goals that will get me to the finish line this time around. 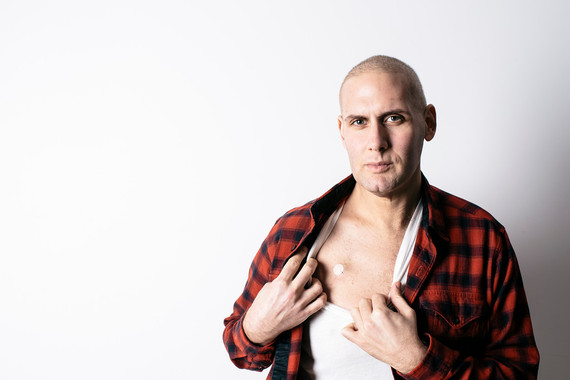 I was formally diagnosed with stage 4 non-Hodgkin lymphoma on a Tuesday morning, and my last and final major goal was to get all the necessary tests and procedures done by that Friday; my mind was set on going inpatient by Friday afternoon. With the help of some very dedicated friends and supporters, I managed to get a few required MRIs, two different medical opinions, a brain scan, a bone marrow biopsy, a spinal tap, an echocardiogram and, finally, a surgical install of a chest port (to support the chemotherapy infusions) done literally within minutes of my 3 p.m. check-in time at the hospital that Friday. It felt like a race but again, a race against cancer, a race to live. At this point, the pain was so unbearable that I was in a wheelchair, and by time I was ready to go in for treatment, I had met my final pain threshold. I couldn't sit, I couldn't lay, I certainly couldn't stand ... all I could do was move around from position to position, trying to find some minimal relief. My chest was tight like I was wearing a girdle, my left shoulder blade felt like it was being stabbed with a knife, my sides felt like they were being poked by needles and my left leg was essentially immobile. All these pains turned out to be lymphoma, but at that moment all I wanted to do was cry from pain. I had my closest friends with me in the hospital room, but eventually I had to ask them to leave. It was too hard to watch them witness my agony. I was given a pain medication stronger than morphine to get me through the night and I began a five-day chemotherapy infusion. Within 24 hours I was off the pain medication and the chemo had already made significant improvements, even in its early hours. I felt physical and emotional relief, but more than that I felt immense gratitude.

For some mysterious reason, even in my darkest and most painful hours, I felt grateful to be alive -- and it almost started making me nervous. Was I being overly confident, or fooling myself? Was I being blissfully ignorant? I knew the doctors and nurses where thinking, "Wow, this guy's in bad shape"; yet all that kept playing on repeat in my mind was, "Be thankful to be alive and fight, fight, fight, kid!" Was it my late father pushing me from above, or was it God? Who the hell kept guiding me? I swear, for the absolute first time in my life, I was fearless and 100 percent confident that I had this totally unpredictable sickness under control. You could have told me I had two months to live and I would have laughed in your face. Before cancer, I would have put on a brave face but inside I would have been quivering in fear, seeking refuge from my mother. Perhaps I was going through a rite of passage. I realized at that very moment that fear was more than something that scared me straight (well, not literally), but it was what guided me in life. It was a stage 4 cancer diagnosis that made me realize how fear had actually ruled my every move.

As I started to think about it, I realized that fear was behind everything I had ever accomplished in life. I was afraid of being too fat, too poor, too average, un-datable, unsuccessful, uneducated, uncool. ... I was afraid of being anything apart from who I really was. Fear had sent me on a one-way ticket to London, fear had pushed me to get a better job than all of my London peers, fear had scared me into getting healthy and losing 150 pounds. Really, every major accomplishment I can account for throughout my life has been a result of fear. But what happened that Tuesday morning, when my oncologist told me my diagnosis? Why wasn't I ready to turn to my trusted confidant -- fear -- to guide me? It was the first time in my entire life I can honestly say I had no fear. For once, Jay Michael was truly fearless. I had just been delivered the most awful news of my life and, instead of being afraid of dying, I became inspired to live. 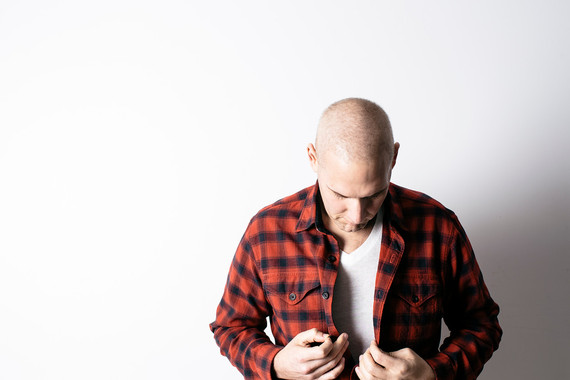 You see, I realized from my diagnosis that fear had kept me from living life, and it was the sheer determination and fearless drive to survive that showed me who I truly was as a person. Social media, TV shows, newspapers, speaking engagements ... they all gave me the platform to show how much I 'lived' and 'loved' life, but that wasn't real. I can honestly say my public identity didn't represent me; it was more what I thought the world expected of me. It wasn't until I was confronted by the possibility of losing it all that I understood what was truly important. While most people would have taken this time to feel sorry for themselves, I took it as an opportunity to turn my life around. Now, I see each day of rigorous treatment as one day closer to taking my life back. It's almost like I am training for some sort of race, getting myself ready to come back into the world with a new and refreshed set of goals. I want to fearlessly date and love freely, I want to fearlessly take time off from work for myself -- not for anyone else -- I want to spend time doing what brings me joy and not care what anyone else thinks, I want to live each and every day of my life as though it's my very last. Easier said than done, I know, but it's what I am most looking forward to with each new day of treatment.

So, for the foreseeable future I will be focused on my many small daily goals. As the treatments progress and they continue to suck the energy out of my body, the goals will become even smaller and simpler, but my aspiration to live mindfully and free of fear will be the ultimate reward. If nothing else, this gives me one damn good reason to keep up the big fight against cancer while conquering one of my biggest fears in life.


Images in this post: Melissa Salvatore, a Fulbright Scholar and photographer, documents the intimate experience of Jay Michael's stage 4 cancer. It is important to her to keep the documentation as raw as possible by avoiding any retouching and keeping each session throughout the series extremely quick, without much direction. By working within the same environment, the focus will be on the breakdown of the cancer and the rebuilding of Jay Michael as he fights this disease.