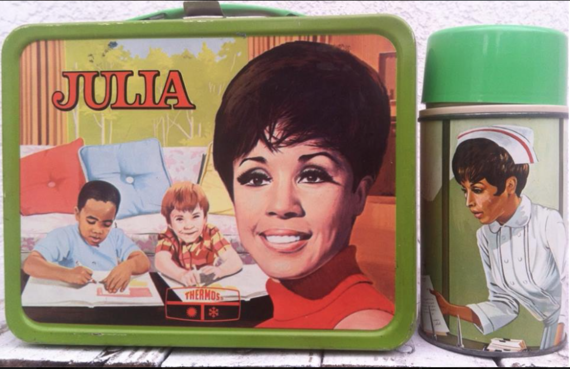 All superheroes have origin stories-- their course in life set for them by some childhood trauma. Despite their obvious physical differences and inferior sinuses, the same is true for comedy writers. Except my origin story didn't begin with me fleeing a dying planet or getting bit by a radioactive spider. No, mine was much more harrowing.

I walked into the first day of first grade with a Julia lunchbox.

I'd love to say a ton of other boys showed up at Hesby Street School that day carrying nurse-themed lunch pails. Or even one. I'd love to say it, but it wouldn't be true.

Needless to say, I did not carry a lunch box on the second day of first grade. Or ever again.

Let's face it, nobody becomes a comedy writer because they were too popular in school, had too good of a relationship with their mother, had hair that was too perfect or got laid too much. Okay, a few did. They're called Showrunners. But that's another article for another day.

To be honest, I was never what one might call a "tough" boy. I was shy, sensitive, physically frail and prone to severe panic attacks. Plus, being a half-Sephardic Jew, I was blessed with one of those eyebrows that wrapped around my forehead twice, like one of Bjorn Borg's headbands.

Even as a kid watching Bad News Bears, I was drawn less to Kelly Leak than Ogilvie and his advanced sabermetric theories. In kindergarten, I went door to door, on my own, campaigning for George McGovern. For fun. I made my own homemade wrestling trading cards. For fun. And I once took a survey of people's favorite tv shows and published the results in a colored bar graph. That one was for course credit. Only kidding, that was also for fun.

All of this is a long way of saying, if parenting is about placing your child in the best position to succeed, I was probably the wrong kid to send on the schoolyard with a lunchbox featuring a smiling TV nurse supervising her son's homework.

For anyone who isn't 300 years old or a connoisseur of nursing comedies, Julia, starring Diahann Carroll as the title character, was a groundbreaking sitcom that ran from NBC from '68-'71. It was one of the first (and until recently) only shows featuring an African-American woman as the lead of a network show. Daring. Important. And in no way explains what I was doing carrying a tuna sandwich in its lunchbox.

Let's just say, the feedback from my schoolmates was immediate. Like the second I arrived at the bus stop. I didn't need a sign reading "Bully me please" attached to my dungarees. That invitation was implicit from my lunch pail. And remember this was the heyday of the metal lunch box. So, I not only offered the kids a reason to beat me up. I was even kind enough to supply the weapon to do it with.

Believe me, this is not a piece condoning bullying or advocating intolerance. Far from it. But based on the heteronormative/ casually homophobic standards of the 70's schoolyard, I'd have been better off riding to school that day, on a unicorn, shirtless, through a field of penises.

Everything after the bus stop is a blur. In my hazy recollection, everybody got into the bullying act. Kids in Strawberry Shortcake backpacks were yelling "get 'em, he's different" and kicking me with their jazz shoes. Now, I have no idea why, in my memory, Jewish first graders from Encino sounded like Segregation-era southern sheriffs. Just that they did.

Mind you, this was an era when boys carried lunch boxes featuring Spider-Man, Batman, Superman, The Six Million Dollar Man. You may have noticed that all featured some variation of "man." Had they offered one called The Six Million Dollar Nurse Practitioner, there is little doubt that I would have walked in with that one. 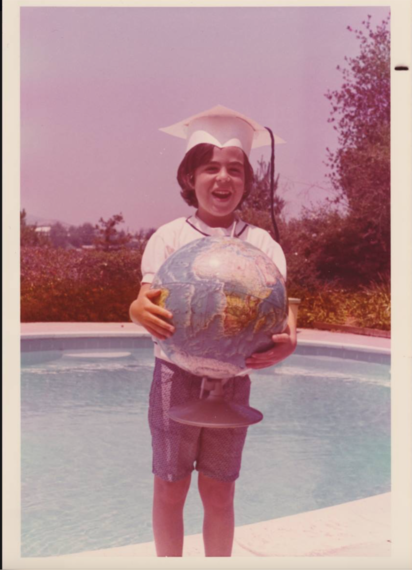 This all begs the inevitable question; "Why?" ("What the fuck?" would also have been an acceptable question.) To their credit, my parents have never said that I picked out the lunchbox or was some particular fan of Julia. Or even that I had ever seen it.

So then, one might wonder, were my parents some cutting-edge, super-progressive, Bella Abzug-style culture warriors, using my lunch as a test case to wage war against age-old gender strictures or to protest limited racial diversity on the airwaves? The short answer is "no." That's also the long answer.

Instead, I believe it was simply a case of parents of a different era, not analyzing or over-analyzing the ramifications of every small parenting move, before and after they made it. My guess is my Dad didn't know about it, my Mom didn't think about it, and the lunch box was on sale at Fedco. In other words, I just happened to get hit with the perfect storm of indifference and bargain hunting.

Now as parents, we make millions of little decisions. Who can predict which screw-up our kids will blog about 40 years later? However, had we known what a blog was in 1973, this one may certainly have won the straw poll.

There is no doubt that the previous generation spent far less time and energy micro-worrying about the psychic damage they may be inflicting on their children. I don't think I'd heard the phrase "self-esteem" until I was 30. Or experienced it until last Thursday.

But isn't it possible, that my generation of parents has overcorrected for our parents' insouciance and erred too far the other way? I can only speak for myself, but I have tried so hard to not recreate any "Julia moments" (and by extension, give my kids anything to hate me for in therapy), that I often second-guess my parenting choices. All in hopes of removing hardships and painful feelings, moments of hurt that need to be recovered from, defeats that require resilience. You know, those learning experiences that prepare you for actual life.

Because the truth is, kids need little fails every now and again. To learn how to pick themselves back up.

And who knows? One of those little fails just might turn out to be their own origin story.

More:
parenting adviceBullyingParenting ParentsSchool Bullying
Newsletter Sign Up
Raise the kind of person you'd like to know
Subscribe to our parenting newsletter.
Successfully Subscribed!
Realness delivered to your inbox