I would never claim to have been an active part of firing up the Syrian Revolution, but having been in Germany, my role was different. Back in 2010 when the Tunisian Revolution unfolded, and after that the Egyptian Revolution, a colleague of mine asked me when Syria was going to wake up as well. I remember distinctly rejecting the idea, "Unfortunately, Syrians are not ready yet."

A few months later, Syrians proved me wrong. Partly. I still remember, five years on, the immense feeling of pride and happiness that my people finally decided to overthrow the dictator who, along with his late father, had been stealing their freedom of thought and expression, their money and livelihoods and, in many cases, their lives.

I contemplated giving up on this orphaned baby. It was costing me too much time, effort, emotion, people and memories.

I still remember the feeling of anxious anticipation while watching everything from my faraway living room in Bavaria; the tears of joy, the tears of fear, the tears of pain. I asked myself what my role was supposed to be from where I had been, so physically far away, yet so close. I took to writing. I joined the first websites affiliated with the fast moving events. I wrote in English and in Arabic hoping to reach those who were against the revolution, mainly well-to-do Syrians.

Those were my stubborn audience. I debated with many people personally and on websites and forums. In many cases, like many other revolution advocates, I succeeded. In many others, I terribly failed. My Facebook page became a war zone. The Facebook page that was meant for me to catch up with my friends and family back home became the witness to losing friends and family. Forever. It devastated me.

How could a seemingly educated president kill his own people? Why did many politicians, army officials and people of all walks of life support him?

Meanwhile, I contemplated giving up on this orphaned baby. It was costing me too much time, effort, emotion, people and memories. My country was being rapidly destroyed by my own people and I wanted it to stop. However, how was I supposed to stop believing in the one cause that I believed in so passionately?

I forgot to tell you that I was part of a few secret groups on Facebook, where many passionate, honest yet naïve young Syrians from inside Syria and around the world came together to industriously organize petitions, donations, protests, writing moving chants and also trying to help each other make sense of the madness that was unfolding before our disbelieving eyes.

How could a seemingly educated president kill his own people? Why did many politicians, army officials and people of all walks of life support him? How was it possible that many people were blind to the simple truth that no family should have the right to rule 23 million people for 40 years, by force?

Quite a few of those in our groups, who were still in Syria -- I call them heroes -- were detained and tortured and the secret groups fell apart. No one knows for certain how this happened. Was it one of us who simply betrayed the rest and told the intelligence forces on them? Was it one of them who during torture told on the rest? I think all scenarios took place in each different case. 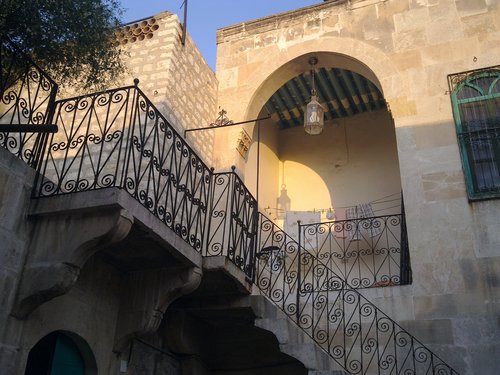 I admit that when it became so complicated, and almost everyone I know left the country I lost hope. Despite my being a hopeless optimist, I don't know where to look for it. Is my house still standing? The house that I hated so much is now what I long so much to see. There are many places that I had never got the chance to visit. Palmyra, for example, the 2000-year-old city, will never be the same if I ever get to see its remains.

But what did we expect? When a country is busy detaining, torturing, killing and driving away its best sons and daughters, there's no one to stop those who slipped through the cracks to destroy a civilization and replace it with a barbaric state.

What did we expect when the Gulf countries flooded the country with weapons and gave them to the wrong people? What did we think was going to happen when the world watched Iran and the west settle their disputes using Syria as an arena? Many of us gasped and watched the inevitable complications and their deadly outcomes.

At the end of the day, even now that I have taken a back seat, helplessly watching my country being played like a football amongst the big feet of every big country, a flicker of hope tries to break through. The hope that I will once again sit under our gigantic, loving Jasmine tree. My kids will meet her and we will all sit there and inhale the memories she has seen. She will tell us everything and we will listen. 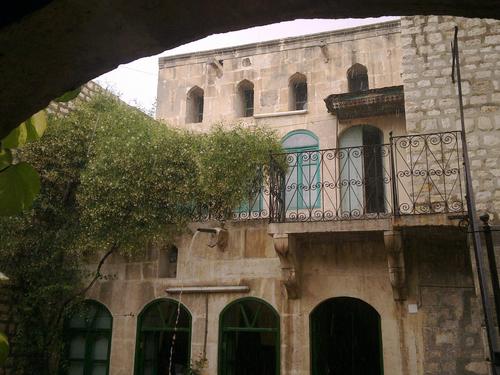