The first thing you need to know is that my Daddy was a little crazy. You also need to know he had a work ethic that was beyond belief. 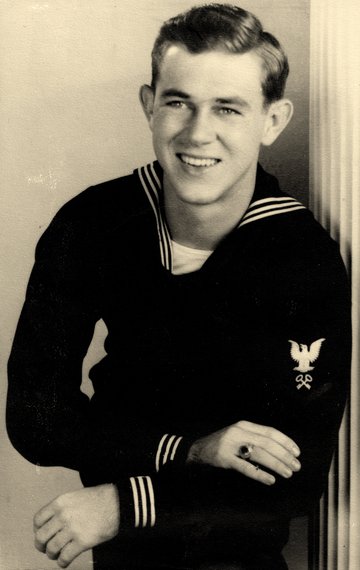 He worked at Coca-Cola and believed strongly that his best information came from the men who drove the trucks, the ones who actually delivered to the grocery stores. Those trucks left promptly.... promptly at 6 AM each day. He wanted to chat with all of men before they left. He also wanted to have a full breakfast with all six of his children before he left.

Scene: The sun has not made its appearance in the east. Mom and six children are sound sound SOUND asleep. Dad is skipping through the hallways like Danny Kaye, flinging open doors, singing "Rise up! Rise up! Let the sunshine in and fertilize your brains." This would be at 4:30, as in the morning. Saturday and Sunday were not exempt. The meant we moved at 5:30, pissing off the neighbors......I digress.

We would stumble into the kitchen where Mom would either be scrambling eggs (eyes completely shut, don't know how she did it), or making creamed chipped beef on toast or DVOT as we called it.....she called it DVOT as well, but didn't know why....I read it once in some book that it stood for Dog's Vomit on Toast. That was my private joke...still is but not so private.

Sister Sara's hair at the time was what I would call a mixi, growing out... unsure of where it was going...bangs to the chin, longer on the sides. There was the inevitable direction from Mother for her to go and get her hair out of her face, accompanied by a waterfall of tears and a hair clip on her part.

There was no general conversation at all.....it was a soliloquy on Dad's part.....maybe that's why he liked it.

We would choke down as little as possible, wait for Dad to leave to the Coca-Cola plant, rush back to bed, including Mom, then get up at a reasonable hour....then off to school. And Dad was none the wiser.

Each and every one of us swore, SWORE that when we were older we would sleep late. My eyes flip open at 4:30 AM each and every morning. Montezuma had his revenge. So did Daddy.

I miss him every day.