I used to think that it was just me, that it was my problem, my deficiency, my moral defect.

All those times when I felt like an outsider in this American Jesus thing; the ever-more frequent moments when my throat constricted and my heart raced and my stomach turned.

Maybe it came in the middle of a crowded worship service or during a small group conversation. Maybe while watching the news or when scanning a blog post, or while resting in a silent, solitary moment of prayer. Maybe it was all of these times and more, when something rose up from the deepest places within me and shouted, "I can't do this anymore! I can't be part of this!"

These moments once overwhelmed me with panic and filled me with guilt, but lately I am stepping mercifully clear of such things.

What I've come to realize is that it certainly is me, but not in the way I used to believe.

I am not losing my mind.

I'm not losing my faith.

I'm not failing or falling or backsliding.

I have simply outgrown American Christianity.

I've outgrown the furrowed-browed warnings of a sky that is perpetually falling.

I've outgrown the snarling brimstone preaching that brokers in damnation.

I've outgrown the expectation that my faith is the sole property of a political party.

I've outgrown God wrapped in a flag and soaked in rabid nationalism.

I've outgrown the incessant attacks on the Gay, Muslim and Atheist communities.

I've outgrown theology as a hammer always looking for a nail.

Most of all though, I've outgrown something that simply no longer feels like love, something I no longer see much of Jesus in.

If religion it is to be worth holding on to, it should be the place were the marginalized feel the most visible, where the hurting receive the most tender care, where the outsiders find the safest refuge.

It should be the place where diversity is fiercely pursued and equality loudly championed; where all of humanity finds a permanent home and where justice runs the show.

"I am a Christian and an American, but I refuse to settle for this American Christianity any longer or be defined by it."

That is not what this thing is. This is FoxNews and red cup protests and persecution complexes. It's opulent, big box megachurches and coddled, untouchable celebrity pastors. It's pop culture boycotts and manufactured outrage. It's just wars and justified shootings. It's all manner of bullying and intolerance in the name of Jesus.

Feeling estrangement from these things is a good thing.

For the past two decades I've lived within the tension of trying to be in the thing and not be altered by the thing, but that tension has become too great. Ultimately it's a spiritual compatibility issue.

It's getting harder and harder to love all people and still fit into what has become American Christianity, so rather than becoming less loving and staying -- I'm leaving.

I'm breaking free from religion for the sake of my soul.

I'm not sure practically what that looks like, but I can feel myself consciously and forcefully pulling away; creating distance between me and a system that can no longer accommodate the scale of my God and the scope of my aspirations.

Jesus said that the Spirit moves where it pleases, and with it go those in its glorious grip. In my heart and in the hearts of so many like me, that Spirit is boldly declaring its emancipation from the small, heavily guarded space that wants to contain it, and taking us out into the wide, breathtaking expanses of unfettered faith.

Every day people tell me that this great releasing is happening within them too; that they are finding freedom beyond the building and the box, and rediscovering a God right sized.

I am a Christian and an American, but I refuse to settle for this American Christianity any longer or be defined by it.

I know that there is something much greater beyond it worth heading toward; something that looks more like God and feels more like love.

Maybe you see it in the distance too. Maybe we can go there together.

Fear is in the rear view, freedom in the windshield.

PHOTO GALLERY
Tips for surviving Christmas day with your family 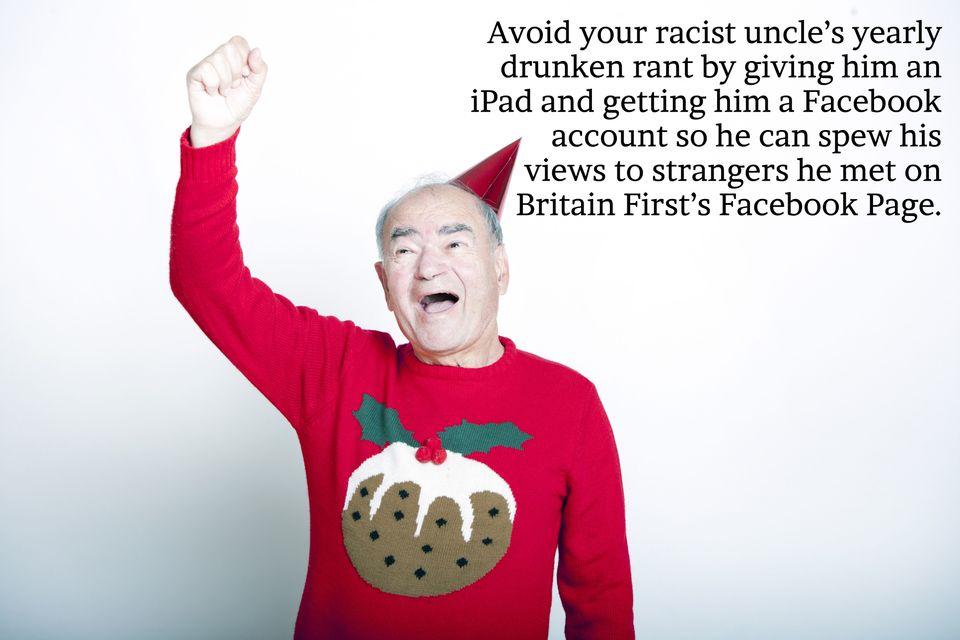