The reason I started this project in Jan 2007 -- spreading the word about my father and his art -- was because of the lack of interest in Sweden when my father passed away. My father was a visual artist working within the Neomodernistic style. He went to Swedish Royal Academy Of Art from 1945-1951 and also studied in Paris and Oslo. And yet, nobody wrote anything after his death and I could not find a gallery in Sweden that wanted to show the artworks.

However, there were a number of exhibitions and articles in the U.S. and Canada, and Random House published a series of his author portraits recently. This generated around 30,000 likes and 7,000 shares in a week or so.

My father did not have any good contacts in the Swedish art world during the last 15 years of his life, so it took me a long time to get a smaller gallery exhibition (600 km from where we lived!) to honor him. The art world can be very cruel sometimes, it doesn't seem to matter that you have a very interesting product -- if you dont have the right connections, you have a high mountain to climb. But I was very determined (and I still am!)

It really made me want to take this further -- the fact that the Swedish culture journalists and status galleries weren't showing any interest in writing or exhibiting my father's art. But I knew all the time that his work was quite unique, especially with his author portraits, but also his other paintings inspired by the ballet and the theatre.

I managed to get a four month author portrait exhibition at the August Strindberg Museum here in Stockholm in 2008, and it was during this exhibition I started to look at venues in the U.S. and Canada. After a lot of research, I got in contact with Brooklyn Central Public Library. The curator from the library actually flew here to Stockholm and brought the author portraits back to New York with her. After the New York exhibition I kept on looking for more venues and managed to book several exhibitions in universities and libraries in U.S. and Canada from 2009-2011.

During his career as an artist, my father managed to live on his art and papers that wrote positive things about him. He was told by other art followers here in Stockholm back in the 1960 that he should go to New York and work there, however that never happened. If it did, I believe that would have been a step towards greater recognition.

Living, growing up with him was special -- he was not like the other "normal" dads! I grew up with a lot of Ingmar Bergman movies, and classical music (his mother, Lisa Kohler, was a concert singer). I remember that my father, after to many glasses of wine, wanted to play the piano and no one could move him away from there, once he started to play!

He was a great father, a very warm person, and we became close friends during his last 10 years. We played a lot of Boule (the French game) in the parks in Stockholm City, we looked at ladies and we laughed together over a couple of beers.

I am a family-man, and have just worked very little since 1990, when I found out I had Chronic Fatigue Syndrome. Raising my children, daily housework and spending the last six years on preserving my father's artistic legacy is quite enough for me.

For readers, in Dallas: There is an upcoming exhibition of his portraits at the Public Central Library from May 7--Aug 7, 2013. 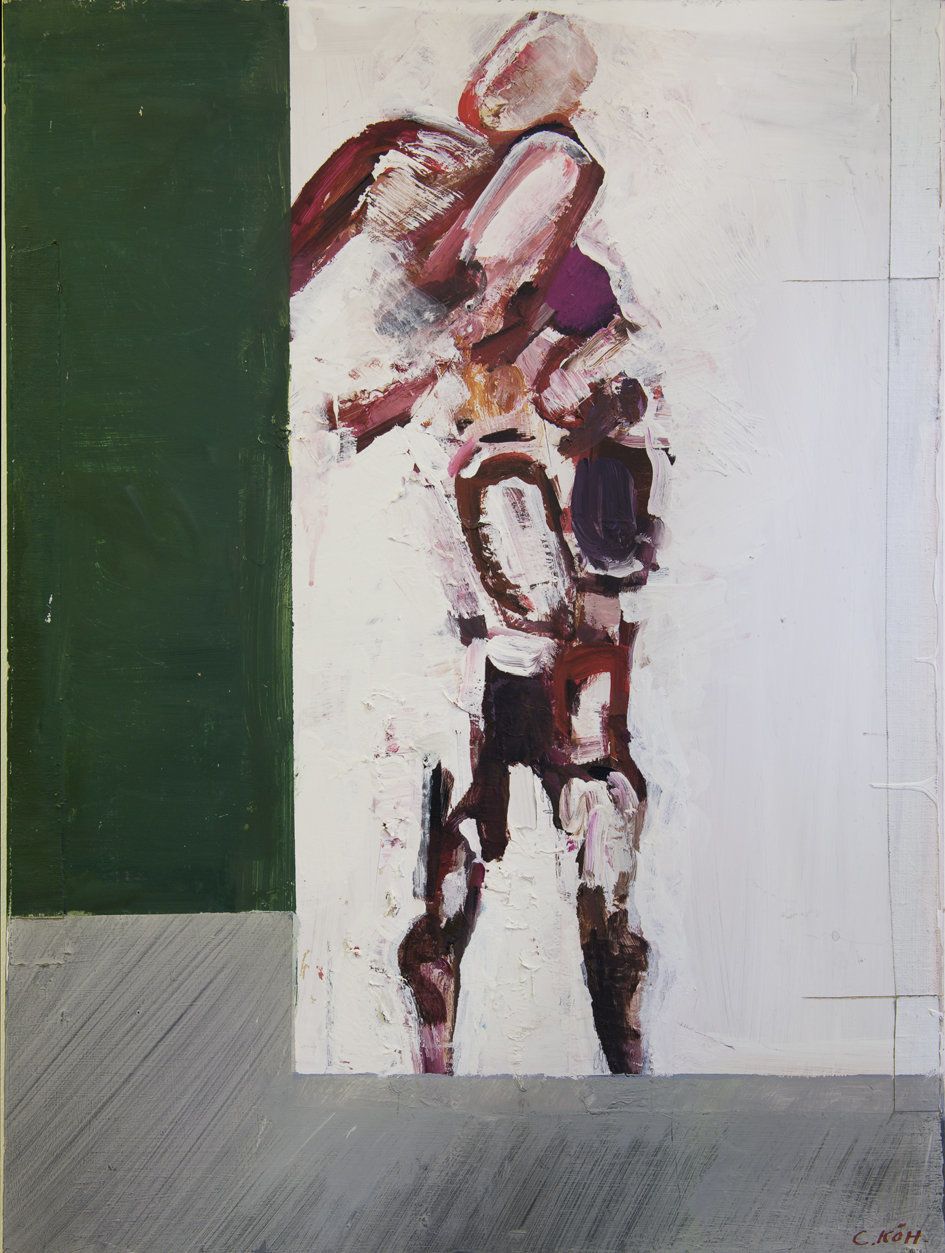