Last year, when our friend Alex* invited my boyfriend and I to come to Montauk for a few days, I was hesitant at first. Though it was the beginning of the summer and his place was down the block from the beach, I was on deadline for a story and I wasn’t sure about the timing. Despite this, my boyfriend convinced me to go — after all, I loved Montauk.

I grew up on Long Island and had fond memories of beach vacations there, but more than that, I loved Montauk because my dad, who died in 2012, loved Montauk. My father was a fisherman. Montauk was his place. That surely added to the appeal of going, but it wasn’t until I was on the fairly empty beach, during a walk, that I understood why it had been so important to go there. Standing alone facing the ocean, I suddenly felt my dad’s presence, sensed him near me. It was only then that I realized it had been three years that month since we’d come to Montauk, to this very part of this very ocean, to scatter some of my father’s ashes.

“It was only then that I realized it had been three years that month since we’d come to Montauk, to this very part of this very ocean, to scatter some of my father’s ashes.”

It was the first time I’d been back since and the smell of the briny air felt like my father ― smelled like my father had smelled a thousand times, the salty ocean on his overly tanned skin when he’d come back from a few days out at sea.

For the rest of the weekend, I felt or saw my dad in everything I did. I shared stories about him, imagined him picking out lures when we went to the fishing store (my boyfriend fishes, too). The next morning, when I went for a run on the beach, I ran, barefoot, with a heightened sense of purpose, for miles, almost completely unaware of the bright sun beating down on me and the strenuousness of running on hard-packed sand. It was clear that I was going on a run alongside my dad’s ocean — that the run was mine, but also his. It was something we were sharing.

Later, when we went to lunch at the Clam Bar, I ordered what my dad would have ordered — fried calamari — and when we drove to Gosman’s Dock later that night, I looked out at the water and thought about how this was a place he’d surely been. I noticed everyone carrying a fishing pole, or who looked to be about my father’s age, and wondered if they had known my dad — had they been friends, shared a beer, or had they ever just unknowingly brushed past each other?

I went back to Montauk later that summer. Every time I go, I feel like I’m going to visit my dad. During one of my trips, I was out with my dad’s best friend Andy* and he introduced me to a woman I knew from my dad’s stories. I think about the look of deference and awe on her face when he said I was Paul Sposato’s daughter and my heart sinks. It was obvious that this was my dad’s Cheers. In a sense, all of Montauk was.

I didn’t expect to feel like the whole town was my dad’s cemetery, but I did — and I loved it. Though there was no actual graveyard or headstone to put flowers on, it was clearly a place where he resided. Where better to visit someone you love than somewhere they loved? Rather than a regular or stationary graveyard, it felt like a mobile one. It was more comforting to me than had he been buried in an actual cemetery, because this was a place where my father had lived. I got to visit him in a place where there was evidence of his rich life everywhere I went, rather than paying my respects to him among an immense lawn mostly filled with strangers.

I had a similar experience when, later that year, my boyfriend and I chose the Florida Keys as a mid-winter getaway. Again, one of the reasons I wanted to go was because my dad had loved it. It was a place he’d go to fish. I thought it’d be nice to see this region where he’d spent a lot of time, but I also thought the Florida Keys sounded beautiful and they were close by.

After booking the trip, I reached out to a few friends who knew the Keys well for recommendations, among them, Andy. He responded with a list of suggestions — where to eat, watch the sunset, go for live music, and said he’d call with more. When he called, it was to tell me a few places where he’d scattered some of my father’s ashes. The last trip my dad had planned before he died was to the Keys with his fishing buddies, only he wound up not making it — he died the month before the trip. Andy brought his ashes, instead, with the promise that he’d scatter them there. I’d always loved that gesture, but hadn’t really given much thought to where, specifically, he’d scattered them. For some reason I’d never thought about making a pilgrimage there. By the end of the phone call, I realized I was about to.

Andy explained where my dad’s ashes were. When he first mentioned one of the places, Sloppy Joe’s in Key West, I silently scoffed at the idea. My dad’s ashes were strewn across some bar... called Sloppy Joe’s? It sounded terrible. But once we finally mustered up the courage to check it out during our trip, it wound up being a magical experience. We ordered rum-runners, the local drink of choice, stood by the bar where Andy had told us he’d scattered his ashes (he’d been that specific), and watched as a bluegrass band of brothers took the stage.

As they played, I could feel my father not just there, but dancing. The vision was so clear — him in his tan cargo shorts and boat shoes, the way he moved, his smile, his laugh. I could hear him laugh the way he would when it would sound almost like a hiccup at the end; his teeth, slightly yellowed from years of smoking, showing, gleaming; his bad knee slightly awry. I could see my dad enjoying himself. I knew he’d had that kind of fun here and that, in some way, he always would.

I left there feeling like what I imagine people feel when they go to visit loved ones in cemeteries at their gravestones, only I had gone to visit my father at a place that he’d loved — and I had felt him come to life!

For me, it’s more comforting to sense my dad’s presence in these towns that he loved — and to enjoy them with that in mind — than to visit him in a cemetery that he had no real connection to. For the rest of my life, I will go back and visit those places with that in mind and feel a kind of solace I know I wouldn’t have felt were he to have been buried in a vast expanse of anonymity where he’d never felt joy. 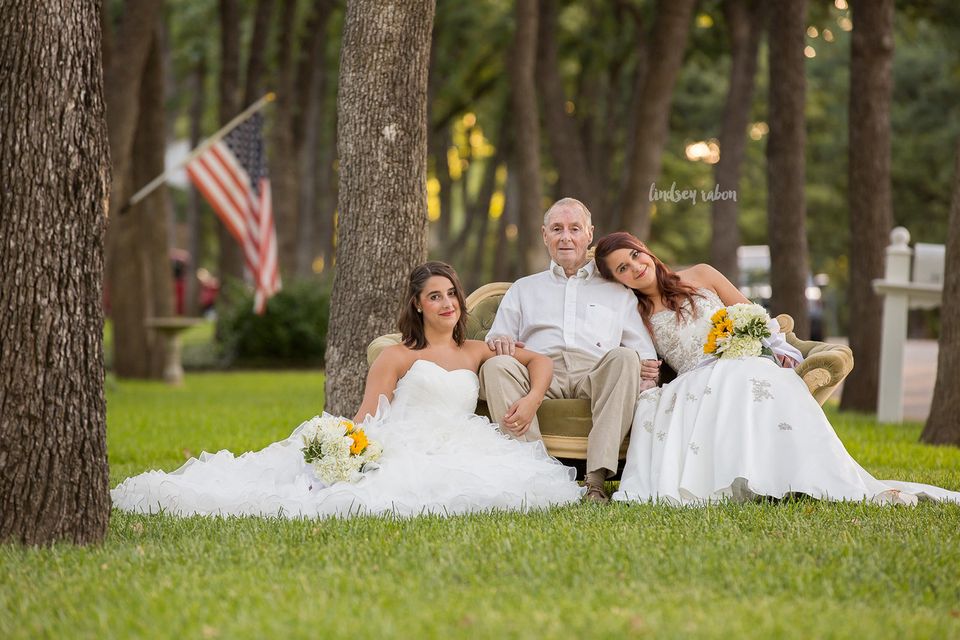