I was shocked when I heard the rattle in my father's chest and knew he didn't have much time. Shocked not because he was nearing death -- he'd been so sick for so long -- but shocked that my dad looked and sounded like all the other dying old men, the ones I had seen and heard in the wards when I was a medical student.

The logical part of me realizes the stupidity of it all, but I couldn't fight the feeling that my dad was too unique to end his life typically. I couldn't stop thinking that my dad, who saw life as one long competition, would find a way to die better than everyone else. Certainly not in an Alzheimer's ward, withering away and increasingly dependent, just like the other patients.

So when my brother phoned on a Wednesday morning last summer to warn me that Dad probably only had a few hours, at most a day, I was sure that my father would die on Friday. Just so he could defy the odds. Just to outlive expectations. That was my dad.

I try not to focus on that day -- nearly a year and a half ago -- when there are so many other ways to remember him. But sometimes I can't help it, like when I was in temple recently for the Jewish New Year, hearing the prayers of "who shall live and who shall die."

My father, Robert V.P. Hutter, was a control freak. He had angioplasty without anesthesia so he could be awake and alert during the whole thing.

He also had a regal name, an almost-presidential name, with V.P. shoved in the middle. That's because when he was ten, he was so sick that the doctors discharged him from the hospital to die at home. His mother gave him an extra name to fool the Angel of Death. Paul was added to Victor. My dad survived, recovering completely. Years later, he would get an academic-athletic scholarship to play football in college and then he became a doctor.

He was a stickler for recording everything. As chairman of a pathology department, keeping records was part of his work. He documented meticulous details of his patients' tumors. At home he did the same. He had one set of Filofax's with daily records of his fitness routines (running and weight lifting) and triplicate recordings of his blood pressure. There was a separate stack of Filofaxes to record the car's gasoline intake and price per gallon. If we wanted to borrow the car and it needed gas, we had to write in the book. (Yes, it was embarrassing if friends were there and yes, we often intentionally forgot). A lot of data, but no analysis. He treaded in a glut of information before the information age.

In any event, I couldn't fathom that he was not the kind of guy who would end up in a nursing home, having his diapers changed by hired help. If you asked me 15 years ago--before my dad started showing signs of dementia -- I would have sworn he was immune from the usual old-age illnesses. I knew he wasn't immortal, but I pictured a sudden ending with him, in his 100s, sitting at his desk or going for a jog in full cognitive and physical health to the very end. "Amazing how he kept going until the last breath," people would say. Jerold Winakur, a geriatrician, who wrote about his own father's decline in Memory Lessons, calls it our "national denial." I was in pathological denial.

We've all read some version of the grim statistics: More than 5 million elderly suffer from Alzheimer's disease and the numbers are rising. Within 20 years, more than 72 million Americans will be older than 65, a population at risk of all the old age illnesses. We are becoming a population of adult children caring for their sick parents, the so-called sandwich generation. And yet we somehow believe the aging parent thing is everyone else's issue, not ours.

Maybe that's why those last hours were so difficult for me. There was no denying it anymore. I had become one of them, a child losing a parent who declined slowly, who was very different from the man who raised me.

When I arrived at my father's bedside that Wednesday, hours after my brother called, I just sat there. It was perhaps my only truly speechless time in my life. My mother, my husband, my sister, my brother and I had been around him. We took turns, one by one to spend a few minutes alone. When it was my turn, I leaned in close. I wanted to say something significant and special, something that in a few words would sum up how I felt and what I wanted to communicate to him for the last time, even though I knew he hadn't recognized me or communicated with me in any real way for at least a year.

But I couldn't speak. I was talking in my head, hoping to transmit telepathically what I seemed unable to utter. It wasn't that I was too choked up to talk. Somehow the words just didn't come forth. So I leaned closer, hoping the words would tumble out. But they didn't. It's crazy, I know, but I expected my dad to confer a few last words of wisdom to me.

A few hours after my brother called me on that Wednesday, July 2, 2014, my father slipped away as we sat around him just as any doctor would have predicted. 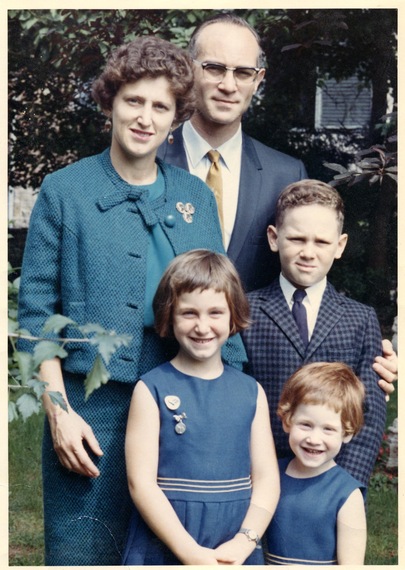