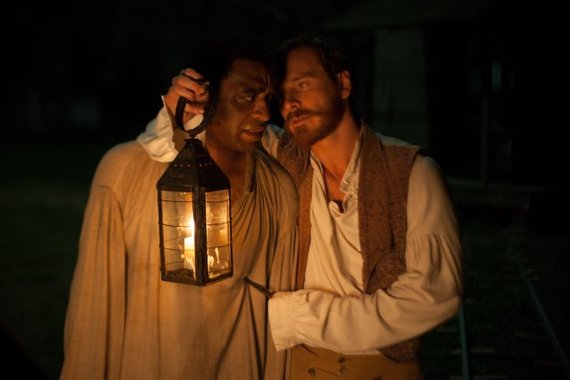 It's the time of year when critics release their lists of the year's best films.

It feels like a competitive sport -- or a provocation, which all of these lists are, by nature. As in: "This is my list of the best films. If you don't agree, you're wrong."

Or: "Look how contrary I can be, naming films no one has seen or liked as the best -- because I'm so freakin' smart and you're not."

But this is the list of the movies I responded to in some strong way, films that stuck with me, films I would happily recommend to other people to see. They are in no particular order.

12 Years A Slave: Steve McQueen's adaptation of a true story featured several of the year's most searing performances, from Chiwetel Ejiofor, Michael Fassbender, Lupita Nyong'o and several others. Steel yourself -- it's gripping but it's tough to watch.

Fruitvale Station: Almost a companion piece for McQueen's film, this assured debut film by Ryan Coogler looked at race relations in modern America; unsurprisingly, even 150 years after the Civil War, they're still ruled by fear and suspicion.

Nebraska: Alexander Payne is one of my favorite filmmakers, someone who doesn't work nearly often enough -- but when he does, it's not only worthwhile but often an engaging emotional experience that can make you laugh even as it chokes you up.

Inside Llewyn Davis: The Coen brothers in smart, stylish form, looking at what life was like for a struggling folk singer in 1961 Greenwich Village. It featured a star-making performance by Oscar Isaac and a wonderfully weird cameo by John Goodman.

American Hustle: David O. Russell is obviously on a hot streak, having made The Fighter, Silver Linings Playbook and now this dazzlingly wild, emotional tale of con men in the 1970s. The most heartfelt swindlers you'll see this year.

Blue Jasmine: Woody Allen takes on A Streetcar Named Desire, giving Blanche the backstory of Ruth Madoff. In the process, he handed Cate Blanchett the best female role of the year -- and found the humor and the tragedy in this story.