I'm not a fan of guns. I'm fine with people having a small number of guns in their house for protection, hunting, and sport. And I know a lot of perfectly lawful and responsible gun owners. But these Rambo style arsenals strike me as a manifested paranoia. Some crazy fear that a government force is going to march down the street and, one house at a time, take over the country... that they already run?

Is it ironic that the very act of building a massive military arsenal, in the hopes of defending your freedom from what you think is a freedom-encroaching government, will in fact only draw government attention to you and may perhaps result in you being arrested, sent to jail, and losing the very freedom you hold dear?

I don't know. Seems weird to me.

Second amendment rights groups have been at a fever pitch in recent months, trying to sell the idea that their rights are in danger. And yet, even in the wake of multiple mass shootings, their gun owning rights seem as fortified as ever.

Most gun control advocates would tell you they're disappointed with President Obama's performance concerning gun control. But listening to the more militia style gun owners... criminy, you'd think the President was on his way to their house with a group of Navy Seals right now. 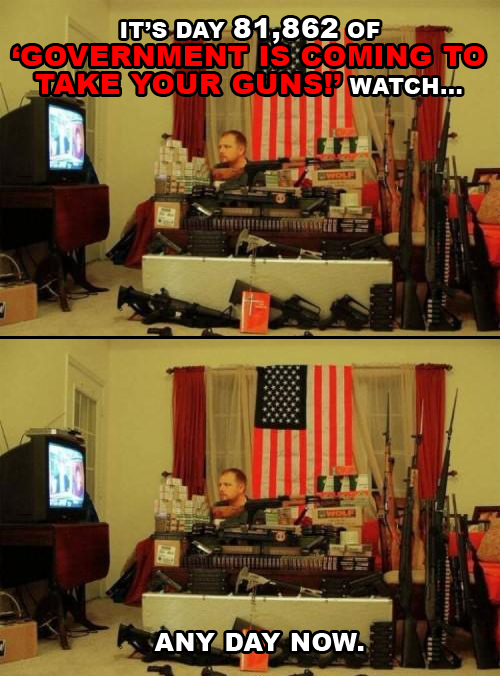 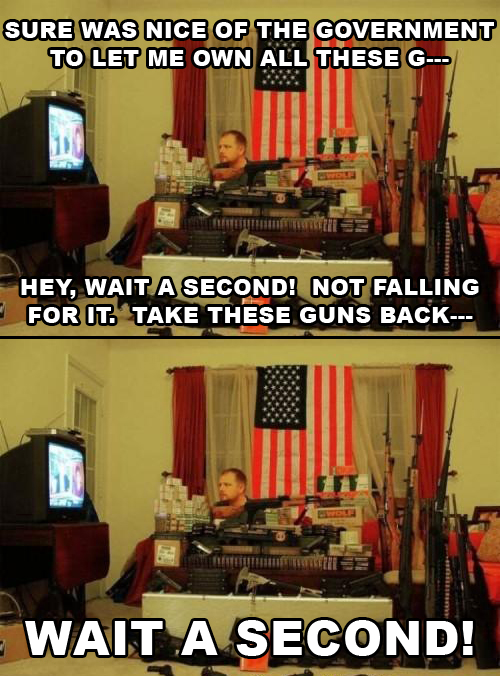 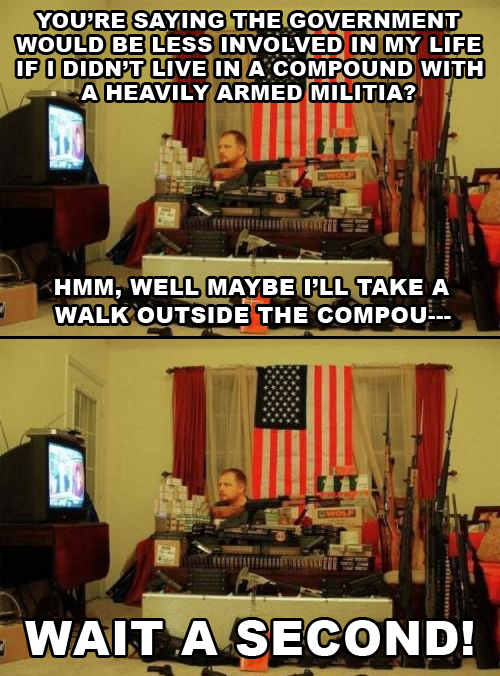