I once introduced a best-selling thriller writer at a reading here in Michigan and mentioned -- among other things -- that he was a finalist for some award. When he got to the podium he quipped, "You know what a finalist means, don't you? It means you didn't win."

Everyone laughed at his self-deprecating humor. He wasn't as famous then as he is now. He hadn't made multi-million dollar deals with his publisher, hadn't seen movies of his books, and hadn't become a kind of go-to guy when writers wanted blurbs for their upcoming books.

But despite the joke, being a finalist does means a lot. Given how many books are submitted in any genre for any contest, it means that your book really stood out, really grabbed the judges' attention. And this year my suspense novel Assault With a Deadly Lie is a finalist for a Midwest Book Award in the Mystery/Thriller category. I'm thrilled, pun intended. 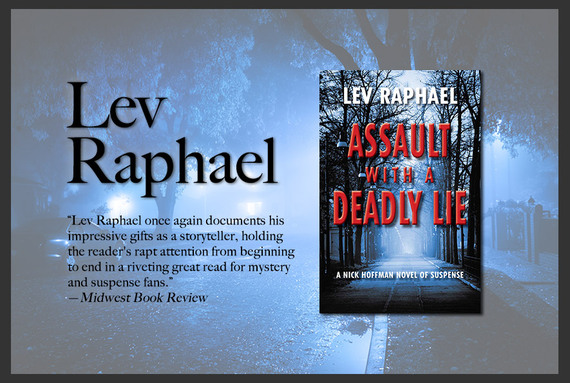 The book explores the devastating impact on a happy, successful academic couple living in a quiet college town when their lives are savaged by police and they're subsequently coping with PTSD as well as stalking and much, much, worse without any idea why this is happening to them.

I started the novel five years ago when there wasn't any national discussion about out-of-control cops, unnecessary SWAT teams, unarmed men being shot dead by cops, tiny Midwestern towns stocking up on armored personnel carriers, and overly-militarized police forces. Now, after 24 books in genres from memoir to historical fiction and beyond, I suddenly find myself having published a book that seems ripped from the headlines. 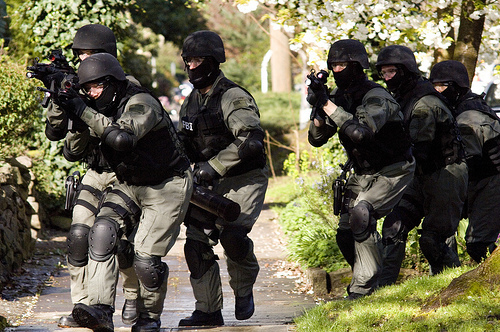 I've won a number of literary prizes before, including a Lambda Literary Award, and Assault With a Deadly Lie might be passed over for another book. But it was chosen at an important point in our vital national discussion about whether our police forces should be small armies and there's even a bill in Congress to stop the flow of surplus Pentagon weapons to local communities. To me, that's always going to be something to treasure, whether I win or not.

____________
Lev Raphael's Nick Hoffman mystery series and other books can be found at Amazon and Barnes and Noble.