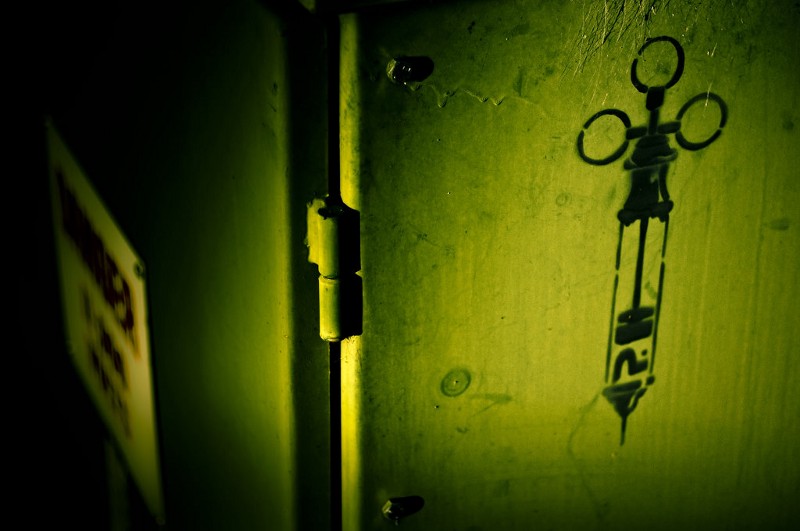 One year ago today, I injected my right leg with my first dose of testosterone. Swab leg, swab vial, pull the juice, fill leg, massage. I've done this every Tuesday since; I call it Testosterone Tuesday. A lot has happened in these last 12 months.

Suicide. Skylar Lee, a 16-year-old trans boy who lived in Madison, Wisconsin, committed suicide. Sixteen. He was an activist. He was a youth leader for the GSA Network. He was a writer. And he wasn't the only one. Earlier in the year, Kyler Prescott took his life. He was a 14-year-old trans boy. Many others did last year:

Nationwide, Prescott is the 11th reported suicide of a transgender youth this year, in an "epidemic" that trans advocates say sees far more casualties than make headlines. Earlier this month, 15-year-old Cameron Langrell of Racine, Wis., took her own life just days after coming out as trans on social media. The highly publicized suicides of 18-year-old Charlotte, N.C., activist Blake Brockington, as well as that of 17-year-old trans girl Leelah Alcorn in Union Township, Ohio, last December, saw hundreds of thousands mourning worldwide.

These are the ones who were reported. Rest.

Murder. According to this headline, 2015 saw the most transgender people reported murdered in one year than any other year -- 23. Reported. So far in 2016, 14 people worldwide have been reported murdered. Reported. They were mostly trans women of color. We're only halfway through the year.

The bathroom. North Carolina politicians lost their damn minds and voted to overturn a local LGBTQ+ anti-discrimination bill thus forcing trans and gender-non-conforming people to use the bathroom that coincides with their sex. Fools. To be clear, NC wasn't the first state to do this, nor was it the last. Perhaps it was the aggression with which it was enacted: the governor called an emergency session and pols ran back to vote. From The Atlantic:

Legislators returned to the state house to overrule a local ordinance in Charlotte banning discrimination against LGBT people. A bill written for that purpose passed Wednesday evening and was signed by Governor Pat McCrory, a Republican. In the House, every Republican and 11 Democrats backed the bill. In the Senate, Democrats walked out when a vote was called, resulting in a 32-0 passage by Republicans. The law not only overturns Charlotte's ban: It also prevents any local governments from passing their own non-discrimination ordinances, mandates that students in the state's schools use bathrooms corresponding to the gender on their birth certificate, and prevents cities from enacting minimum wages higher than the state's.

People so pissed about people using public facilities to expel waste are like dogs who suddenly discover a chew toy and can't let go. Musicians piled on the response train, with some either refusing to play in North Carolina or donating concert proceeds to LGBTQ+ groups. Companies got pissed, too. All kinds of them. Apple, GE, Nike, et cetera.

It's not over yet. The struggle to eradicate transphobia, homophobia and racism is bigger than the oppressor's bitter alligator tears.

Finally, President Obama wasn't having it and decided to offer some guidance on the issue: Basically, youth in school can use the bathroom of their choice or funding will dry up. States aren't happy about that, as you can imagine. Just last Friday, 10 of them thought it'd be a good idea to sue for the right to prevent kids from using facilities: Nebraska, Arkansas, Kansas, Michigan, Montana, North Dakota, Ohio, South Carolina, South Dakota and Wyoming. Pfft.

The military. On July 1, Defense Secretary Ash Carter announced that the United States can no longer ban transgender people from serving in the military. Here's what he had to say on the matter:

This year. It's not over yet. The struggle to eradicate transphobia, homophobia and racism is bigger than the oppressor's bitter alligator tears. Their unfounded and ignorant fears. And my responsibility to that struggle, my role as defined by the virtue of my identities, is much larger than what fits in my syringe each week. I wear it on my body and express it on my tongue. And I do it for those who came long before me and for those voices who have yet to be, or can't be, heard.