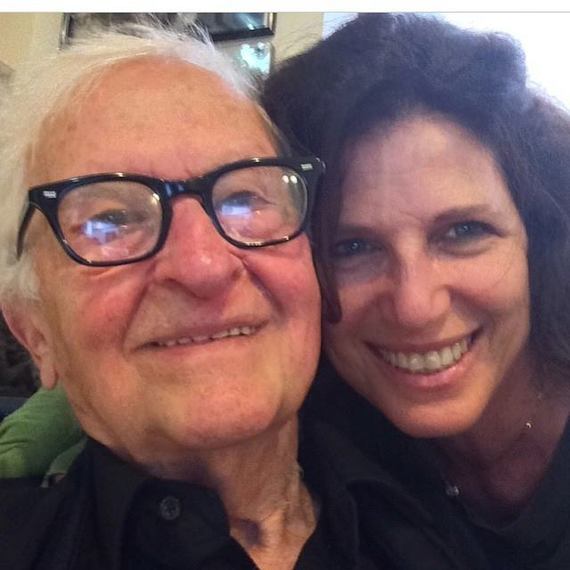 Fifteen years ago I decided to make a film with my dog, a black and white Shih Tzu named Chelsea. She entered my life when my maternal instincts were at an all time high as was my career as a television producer. I was traveling constantly and as much I wanted a dog, I resisted -- I was away so much I couldn't keep my plants alive, I wondered how I could keep a dog alive. Then fate stepped in. Chelsea was in a home that had too many dogs and too many children and she was no longer welcomed. I was warned that if I did not take her she would not have a bright future. The minute Chelsea looked at me it was love at first site. It is possible to be a human and relate to a dog? I knew the feeling of being in a family that did not want you. My heart and soul were so deeply touched by her; I knew I could not leave her there. I was out the door with Chelsea under my arm flying back to Los Angeles. Our relationship grew so tight that we were hardly apart. I took her almost everywhere with me hidden in a bag. She went on television shoots, to parties, on dates, to restaurants and to movies.

We moved back to New York and that was when I saw how people reacted to her on the streets, in the subways, wherever we went. She brought a smile and softened even the scariest people I had encountered. I watched her transform the mood of others. I knew then I had to make a movie with her and show the positive affects of the human/canine relationship. I also knew I needed to include life from her point of view. It was 2001 before 9/11. I had a special doggie cam built for her and we hit the streets of New York with a small crew. 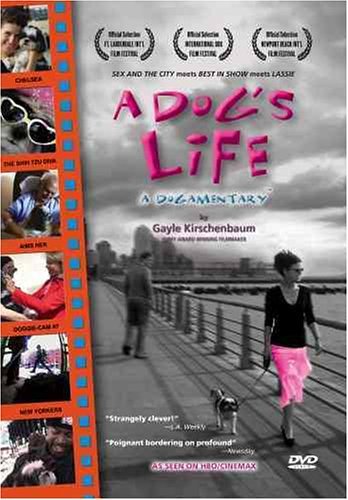 It was at this time I met Albert Maysles. One of my crewmembers knew someone who worked for him and decided it was would be great to shoot a meeting with the master documentarian. When we arrived, Chelsea was wearing her doggiecam and we were capturing the scene both from her camera and a camera shot by a human. Albert was amazed to see this little dog wearing a camera. He invited us into a private room where we sat and spoke. In the same way I was touched when I first saw Chelsea, I was touched when I first met Albert by his warmth and generosity. We gabbed about many things including the impact of animals on people. I brainstormed titles for the film. Asked him what he thought about the word "dogamentary" which I planned on using to describe the film as opposed to a documentary. He said it sounded contrived. I responded that it was and ended up using it.

It was time to say good-bye; we had been there an hour or two already. We packed our equipment and Albert came over and embraced me and kissed me on my cheeks with so much love and affection like we were old friends. I knew when I left I had made a life-long friend that I would treasure forever. Albert's door remained open to me. When I left a message I would hear back from him within a days time. 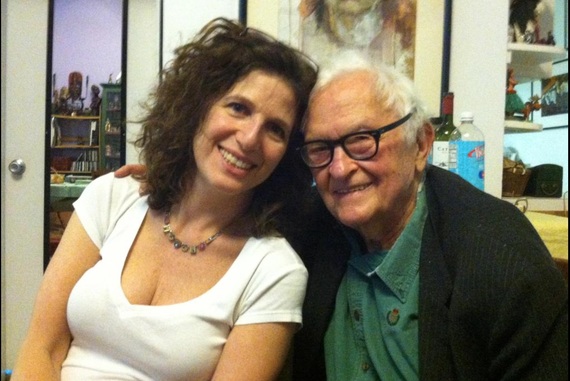 9/11 happened soon after and life changed in a split second; my film with Chelsea did too. Our studio was close on the westside of New York by the Hudson River. That morning I was in my studio finishing a TV proposal that I was going to have a meeting about with Lifetime TV at 11:00 when my phone rang. It was my mother telling me a small plane went into the World Trade Center and I should go out and check. I immediately turned on the television. Even though at that point they thought it was a small aircraft that accidentally crashed into the building my gut said it was terrorism. I had just finished developing a film and TV series called OST22, Operation Stop Terrorism 22 inspired by a childhood friend of mine, Steven Emerson. Steve had dedicated his life to preventing terrorism and I had picked his brain.

I grabbed Chelsea and, with camera in hand, went out to the river. What I saw happen, I never imagined in my entire life I would ever see -- people fleeing for their lives, mothers screaming for their children, firemen with no pants on walking with their jackets slung over their shoulder defeated, sharing with me they lost all their men.

From 30 blocks north I witnessed the Twin Towers collapse. It was unreal. I felt like I was watching the film Die Hard. As people escaped no one looked back. Among the crowd was a woman dressed in her Wall Street business suit. She stopped when she spotted Chelsea and asked if she could pick her up. I said of course. I knew then that life was not about us but about helping others.

Chelsea got certified immediately to be a therapy dog and we soon were regularly visiting the converted pier where survivors and family members of those lost went for help. I watched Chelsea bring her love and cheer to them and the rescue workers. When that pier closed, we volunteered in hospitals. That is when I spoke with Albert and asked him if he would shoot Chelsea's work as a therapy dog. He was on board. Albert's magic with capturing special moments can be seen in this film, A DOG'S LIFE: A DOGAMENTARY. The New York Times even showed up and did a feature story. It was time to put together the DVD and I wanted Albert to see the film and to do an exclusive interview. I was concerned that Albert might not like it because it was far from his style of cinema verité or as he and his brother coined "Direct Cinema." It was not a true documentary. I narrated it and created scenes to tell a story. 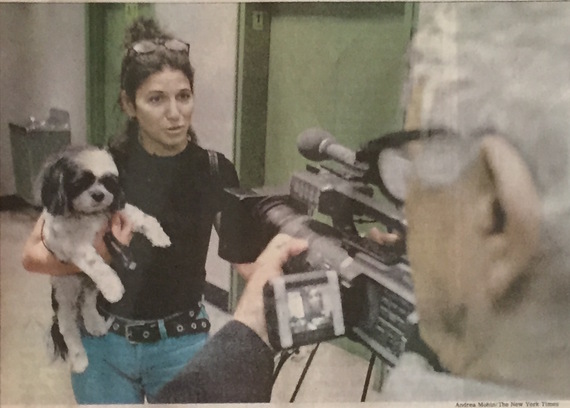 When he finished watching it he looked up at me and told me he loved it. I was shocked. I was convinced he was just being kind to me. Then we did our interview and he kept saying I had to get it to HBO. So much that he decided to shepherd it there. I have Albert to thank for making our HBO premiere happen.

Our relationship continued on for years. He joined my advisory board of my current film, LOOK AT US NOW, MOTHER! I remember last year one cold winter night; I was having a meeting in my studio when my doorbell rang. It was Albert standing there with my neighbor who had helped him find our studio. He was lost roaming the halls. Our building is one city block long and easy to get lost in. I had no idea Albert was coming. Albert was always there for me whenever he could be no matter the obstacles. The last time I saw him was when his film IRIS premiered at the New York Festival in the fall. I spoke with him at length before the film started. I noticed he was limping and asked him what was happening and he told me they wanted him to have knee replacement surgery. He was not keen on doing it because it would take him out of commission for a month. Albert did not want to miss anything.

I got quite busy with launching my film. It was three days before his death that I received the shocking news of the sudden turn in his health. Albert was fatally ill and barely conscious. Albert, my friend whom I loved very much, was dying. I wanted to see him, to hug him, to tell him I loved him and thank him for all he had done for me. My friend, my supporter, my colleague -- whom I shared so many deeply personal stories with, as he shared stories of his life with me -- was leaving this world. I would no longer be able to call him, to see him or speak with him. I sent a message to Albert through his friend who shared the news with me, and waited to see if it was possible to visit him. The next word I received a couple days later was of his passing. I am lucky and blessed to have had Albert in my life for several years. He was truly a legend in his time and one of the most humble people I knew. RIP Albert. I love you and thank you for all!