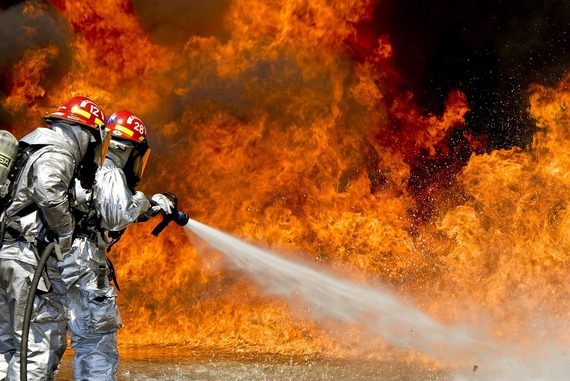 I'm interested in the correlation between sexual energy and creativity. Whenever I start a new creative project, my body prepares like it would for sexual intercourse. My vagina juices up, my nipples harden and I'm filled with excitement and fear. I have the same reaction when I receive a penis. Oh, how I love to receive penises! But I digress. As I move through the creative project and the energy is slowly released, it's like having an orgasm. For a short interim, I feel peaceful and then the process begins again.

The artist's experience lies so unbelievably close to the sexual, to its pain and its pleasure, that the two phenomena are really just different forms of one and the same longing and bliss.

There's a raging fire between my legs. I'd call the fire brigade but apparently they don't work with female genitalia. For the last twenty years, I've walked around this earth carrying "a mass" of sexual energy. Physically, the mass exists as a "heat" around my genital region. It doesn't go away, it's like being strapped to a hot water bottle 24/7. It's there when I go to sleep and it's there when I wake up.

I'm 38 and convinced I'm in my sexual peak because my sexual hunger only seems to be increasing. I don't want to waste this time. I want to enjoy it and savor it. I want to lie in bed all day and fuck. Is that too much to ask? The rest of the world can keep the economy going whilst I deal with more primal matters. Sounds like a fair deal to me.

Sexual energy needs to be expressed but that's not always easy, when you have such an abundance of it. I express mine with pride and confidence. Being a sexually liberated woman is basically signing up to be alienated by society. Most people don't know how to process it and become awkward in your company. Many disassociate themselves from you because they don't want you to blemish their blandness. You begin to feel like a misfit.

Do you know how much censoring I have to do each day? My whole life is spent with my finger on the delete button. I may seem liberal to the outside world but you're actually getting a watered down version. The only time I truly get to be Vanessa de Largie is during sex. Thank god, I'm allowed those moments of truth!

I'm a great admirer of Mae West -- here's a lady who was born with a large mass of sexual energy. Her writings were unbelievably progressive for that time and she was jailed for that progressiveness. It wouldn't be a stretch to say that she was more liberal in the 1920's than most women are today. Mae West gives me hope, she makes me honor my own liberated progressiveness.

My genitals are on fire. Somebody grab me a hose!

Vanessa de Largie is an actress, author, writer and sex-blogger.