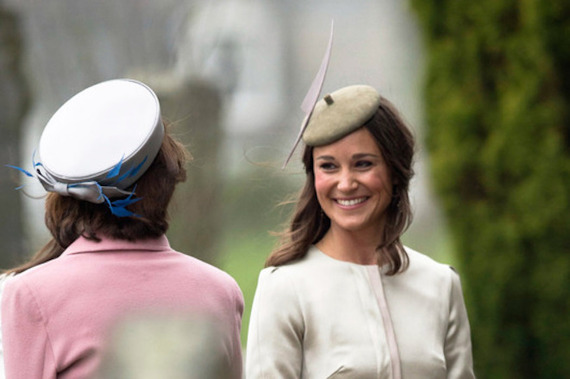 Pippa, you have a sail on your head. Or a fin. Something.

If you haven't been made aware, Pippa Middleton, lover of hats, and the sister made famous for being a sister, occasionally writes an opinion-slash-advice column for Vanity Fair. Yes that Vanity Fair.

Her stories, which are all a bungling collection of fancy words, lack any creative intelligence. For that reason alone they are all must-reads and quite frankly should be required reading for any pursuer of any language degree.

Each story has the unique combination of a "what don't you get about what I'm saying" tone, coupled with an airy pretentiousness one might expect from the sister of a future Queen. The only negative, really, is that she's only written a handful of stories-- which is truly a shame.

Last year, for instance, she dedicated 340 words to Royal Ascot Week, so you can imagine my euphoria when a notification popped up in my email that she had published a guide on croquet. I immediately thought, "OH CROQUETTS! YUM! But then realized it wasn't to be.

Turns out that a guide on croquet was even better because it made me think: How have we gotten through life without the definitive guide on crochet-- sorry, croquet.

For no other reason but that it's comedy gold, I'll be reviewing Pippa's "Guide to Croquet." Right here. Right now. Just for you.

The sounds of ice tinkling in Pimm's, lawn mowers buzzing, and the clunk of a mallet on a ball--such are my memories of summer days in the English countryside with childhood friends...

Ah yes... remember those days, folks? A spot of tea. A biscuit. Young Remy doffing his cap. THOSE WERE THE DAYS!

Did you heathens and masochists know that croquet "is an English game through and through?" 'Cause it is (angry face). "It's also very popular at BOTH Oxford and Cambridge!" I know because Pippa just told me. So whenever you lads are walking around the quads at Cambridge, don't act surprised when a mean game of croquet breaks out.

The way the game of croquet is setup (apparently it's referred to as "chess on grass") makes it a perfectly deft game at creating countless opportunities to "scamper" about. It's also a wonderful way to "mingle with the opposite sex."

Pippa then lays out the rules of croquet-- literally. She basically and probably just went to Wikipedia or something. That really doesn't require any work, but whatever. I won't judge. Except that I kind of am. Oh well.

Did you know there are copious famous fans of cricket croquet? Winston Churchill, and Clooney, just to name a few.

In 2007, photographer Martin Schoeller captured George Clooney and Brad Pitt engaging in a leisurely game of croquet at the Hôtel du Cap-Eden-Roc, in Antibes, France. 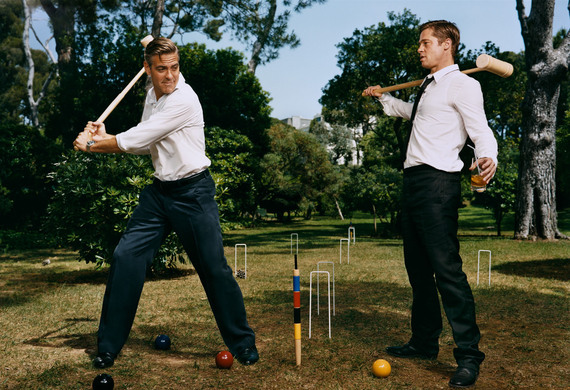 Honestly, if you told me that was Clooney and Brad playing cricket and not croquet, I'd have said, "Okay. Ya." So call me uncivilized.

She also mentions Diddy as one of these "famous fans," but calls him Sean "Puffy" Combs, which he hasn't been called since 2001. So, I mean come on, Pippa.

It's a wonderful tale of sport and leisure on the English countryside. Really.

If all of this talk about croquet excites you and you're just chomping at the bit to get started, just buy a mallet. You can buy one for $666.00-- the Devil's sign.

Chris Peak is a freelance writer from Boston. He blogs at Huffington Post, and has contributed to Gawker, GOOD Magazine, Deadspin, and Point Magazine.