On the fourteenth anniversary of 9-11-01, many Americans think of the World Trade Center, Pentagon and the hundreds of men and women that tragically died that day and subsequently, for our fight against terrorism.

In addition, I also think of the initial responders of 9-11, including my husband, Anthony. He spent 17 years in the military and left about two years ago, when I became pregnant with our first child. I didn't know Anthony in 2001, we would meet in 2003, but this is his story as relayed to me. 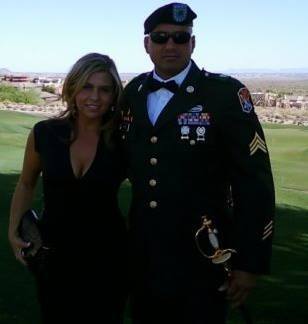 On the morning of September 11, 2001, Anthony woke as he would on a normal day in Long Island. When he turned on CNN, he was struck with the news of the disaster that was unfolding. On the bottom of the TV, the emergency headlines flashed that all New York National Guard had been activated. Heart pounding and not sure what the immediate future held, he grabbed his gear, called his parents and headed to his military unit in Jamaica, Queens. The Long Island Expressway was completely blocked off but he was allowed on after showing his military I.D. He was driving the only car on the expressway and could see the massive smoke pouring from the Towers all the way from his location in Long Island.

His unit arrived at Ground Zero at 5:00 p.m. on that historical day. The bus dropped them off a few blocks away, Anthony vividly remembering his boots hitting the ground and quickly sinking into the soot and ashes that covered the once-metropolitan area. While trekking to Ground Zero, he found a charred emergency exit plan from the American Airline plane that had crashed, which he still has. They were initially armed with M16 rifles, 9MM pistols and Bayonets but Mayor Giuliani didn't want the current atmosphere to be affected by the armed soldiers, so they were stripped of all weapons.

There was a controlled chaos at Ground Zero. One of his first responsibilities was to secure the perimeter of the north side of Tower 1 of the Trade Center. The streets that lead up to the towers were already filled with hundreds of devastated New Yorkers holding up photos of loved in hopes to find them alive. His unit then helped with emergency evacuation of the traumatized survivors still alive and trapped in the Towers. There was no denying that death and destruction loomed everywhere. 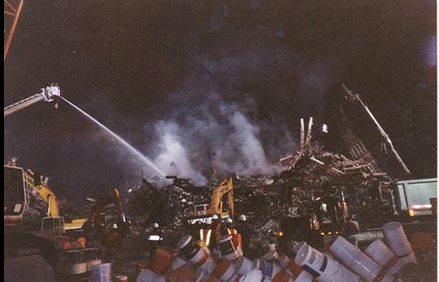 Anthony lived in the toxic smoke for three weeks at Ground Zero. For the first three days while excavating the rubble and debris of Manhattan, Anthony and his unit had no breathing apparatuses available. Although his National Guard unit received breathing equipment after three days on premise, Anthony was leading security at the North Tower and had to interact with officials, so wearing equipment that covered his face and mouth was nearly impossible. He saw the charred bodies of New Yorkers and remnants of life thrown effortlessly throughout the streets. He also guarded government officials and prevented looting in the jewelry store and bank that had been located in the basement level of Tower 1. 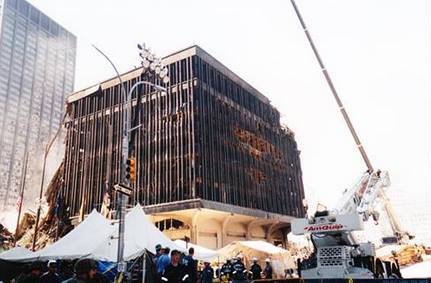 His unit slept in sleeping bags in an unoccupied floor of an office building in the Financial District, directly across from the New York Stock Exchange. They ate military Meals Ready to Eat (MRE's) and sans showers, washed up in the public bathrooms that were still intact. Anthony's National Guard unit worked closely with the NYPD, NYFD, FBI and FEMA while at Ground Zero. They were also greatly helped by emergency organizations such as The Red Cross. He remembers vendors driving trucks close to the site, offering free water and food - anything that may help. He also recalls the rescue dogs being pulled out on stretchers; some only injured with their paws badly burnt while some dogs died by falling from the beams that were left where walls once stood. All bodies, including animals, that were excavated from the rubble were covered in an American flag as they exited on a stretcher. 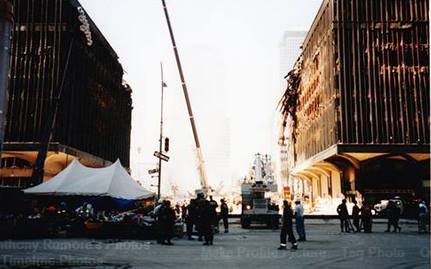 Towards the end of the three week activation, he experienced one of the most challenging responsibilities of securing the makeshift morgue that was actually a refrigerated meat truck. Bodies -- many burnt and unrecognizable -- were safeguarded so they could be transported safely. 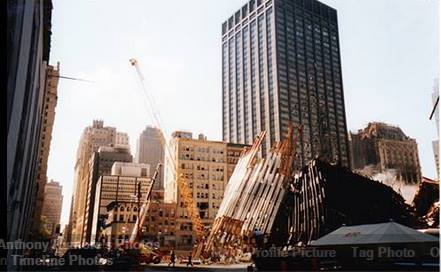 After three weeks of living in this hell, his unit was sent home. Since there was no transportation through the area surrounding Ground Zero, the unit walked about twelve miles out of the city. Americans lined the streets waving, cheering and holding signs that read "God Bless Our Military." 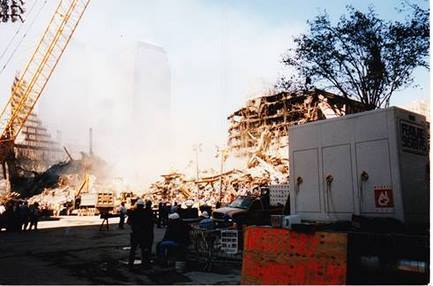 Anthony had been in the military for about four years and had a Bosnia deployment behind him. However, the fire was now lit and he was determined to go to Iraq. He wanted justice to be served for this American tragedy he had witnessed.

Anthony soon made a decision to move from NYC to Phoenix, AZ. Although the change of scenery was good for the soul, he will go on to carry the emotional wounds brought on by 9-11 forever. He has also been dealing with respiratory problems since his time at Ground Zero. He went on to serve in Iraq from 2005-2007.

When my husband shared stories about these fateful events, his eyes fill with tears as he remembers the tragedy in 2001. But he is happy to share, and so blessed to be alive, and still believes in the freedoms of the United States of America. He is a hero, especially to my daughter and I.

Working hard to achieve it all.