It was the summer of 2006, and I had just come home from a sleepover. I was 13-years-old -- make-up, beauty magazines, going to the mall with friends, and starting my freshman year of high school were all that mattered, but that was soon all put into perspective. I walked inside and found my mom crying. I had never seen her cry like this before.

I didn't know how to respond, so I sat quiet. My mom told me she felt suffocated, stuck and lifeless. She told me how unhappy she was in her marriage, and many more things that took me by surprise. I knew my mom had been battling depression and insomnia for years, but I had no idea she was going through this as well.

It doesn't work that way.

Even before I was born, my parent's marriage wasn't the strongest, but they both held on for my sake. My parents' marriage was arranged. My mom came from a wealthier family than my dad, a rare arrangement in India. She was married when she was 18, and had me when she was 21.

My parents weren't the wealthiest, we didn't have a big house or nice cars, things that defined "who you were" in the Indian community my parents belonged to. My dad owned a transmission business and my mom didn't have an everlasting career. We were well off, but we were never of "status".

High school was hard. My parent's marriage went through many ups and downs. My mom would leave for India for months at a time, so I would spend most of my time with my dad. I never spoke to him about his feelings. I didn't know how.

I suffered depression and started hurting myself. There was so much pressure from our family and friends to make the marriage work, and being an only child only made it worse. My house, which was usually filled with so much laughter, grew quiet. We were scared of losing friends, being "shunned" by family, and all the gossip -- being a sociable Indian family had its consequences, but sacrificing happiness no longer became an option. My parents officially filed for divorce, but agreed to continue living together for my sake.

I wasn't affected by it until college.

Most of my friends went home to a family. I came home to what felt like two roommates. We all lived under the same roof, but we lived in separate rooms and had separate lives.

I fell into depression again.

My friends, my relationship, my self-esteem were suffering. Everywhere I turned, I was faced with sadness. How could the world be so unfair? I started having thoughts of leaving this world. I couldn't believe what was happening. I felt weaker and weaker every day.

I don't know what triggered my insides to stop being unhappy. Something happened to my heart and mind where they became capable of defeating sadness at the ultimate moment. For that, I am forever thankful.

The summer before my senior year, I moved to Los Angeles for two months for an internship. I was ecstatic and nervous. I had never been away from home for so long, but I needed the time away. My mom was getting remarried and moving away, my relationship ended, and my dad started dating. Things would be different when I came back and I needed to learn to accept that.

Being away opened my eyes to a world of beauty and opportunity that I now couldn't fathom missing out on. I gained the utmost confidence in myself, especially after realizing how much I had been through, and knowing I made it out. I looked at the bigger picture -- for years, we were the loneliest family, and things had to change.

My parent's divorce helped me realize that love cannot be forced, and that you can never settle if what you want is happiness. Love is not easy, but it should always be unconditional and truthful, respectful and gentle.

Divorce was not the end of the world. In fact, it became a blessing in many ways. I stopped turning away from my parents, and they turned into my best friends. I am so thankful that my parents stopped being afraid of being outcasts and didn't listen to the rules of [Indian or our] society. It helped them weed out who was with us and who was against us. It made them stronger people.

I want my story to inspire people to fall in love with their own story, whatever that may be. My parents and I take full pride in our experiences, but sadly, few still do not understand. We never know the weight someone is carrying until we see them fall. Pick them up. Open your mind and open your heart because everybody needs somebody.

Where We Are Now:

For the past several years, my mom has been a huge leader in the Indian community in Atlanta, organizing events and taking leadership. She found her unconditional love, and it is magical seeing her so happy. She is not vulnerable, she is not weak. She stands for what she believes in, and refuses to let people bring her down. My mom will never let her past define who she is today. She also enjoys dancing and prancing around like so. 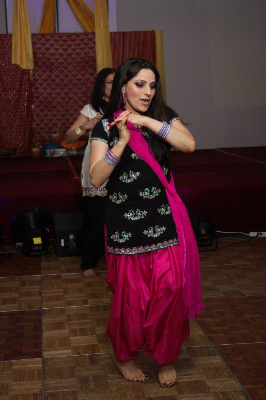 My dad is carefree, adventurous, and very simple. It's always a good time with him. He's still running his transmission business and loves doing it. My dad will never let anyone take away his sun. He lives life on his own terms. He's happily dating someone who he loves dearly, and I couldn't be happier for him. 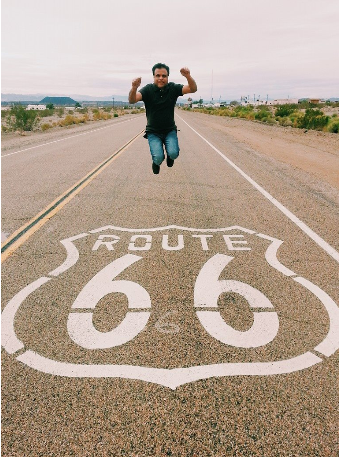 As for me, I recently took the plunge and moved to Los Angeles from Atlanta to pursue my career in film and television. I owed it to myself to take risks, and I have never felt so free. 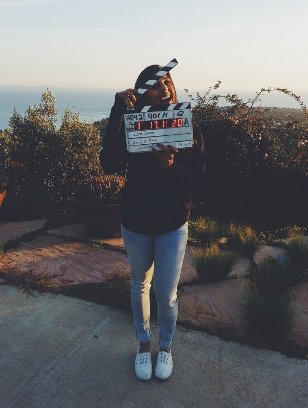 More:
divorceshameLife After Divorcechildren of divorcedivorce advice
Newsletter Sign Up
An essential daily guide to achieving the good life
Subscribe to our lifestyle email.
Successfully Subscribed!
Realness delivered to your inbox

a being with too much mind.