The following is an excerpt from Michael Gordon Bennett's new book "7-10 Split: My Journey As America's Whitest Black Kid." This provocative walk down memory lane examines the life of the author as a military brat juxtaposed against the ugliness of America's original sin. This coming of age story is about a young boy dealing with the complexities of a racially polarized America in the 1960s and '70s -- an America he knew little about, thanks to spending a portion of his elementary school years on the streets of Madrid, Spain. His ignorance led to a brief period of homelessness. 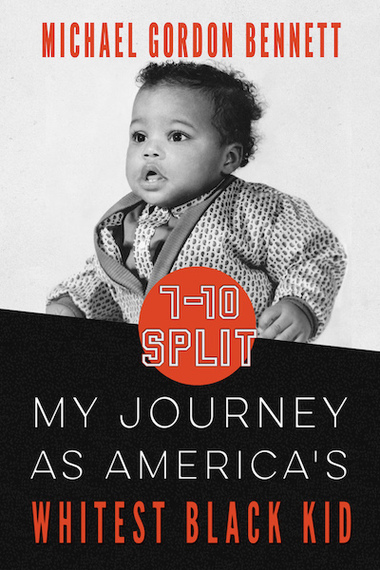 I have vivid memories of the breaking news reports announcing the assassination of Dr. Martin Luther King, Jr., on April 4, 1968. There seemed to be a sense of profound sadness by many locals in this northern Maine hamlet. But I also detected a sense of giddiness from others.

I knew absolutely nothing about Dr. King. Dad appeared reticent to share any knowledge he had of Dr. King, leaving me to figure out for myself if King was a good man or evil, like I'd heard some whites claim. It's hard to fathom how a 10-year-old living in the 1960s had never heard of Dr. King. In hindsight, it's embarrassing.

In 1969, I got my first taste of my own blackness living in Atlantic City, New Jersey. We moved to New Jersey to live with family while dad served in Vietnam. The experience proved an eye-opener. An entire black community, who knew? It seems silly now, but at age 11, the striking contrast between my previous world and the black community scared me. My path to black oblivion had already been firmly established -- I knew zilch about black America.

My skin color mattered little until Atlantic City. Even when I noticed the difference in living standards, it did little, at that moment, to alter my perspective on race in America. Initially, I thought my observations were an anomaly. I simply had no internal compass by which to measure...

I learned, and learned quickly, that my white world was a smokescreen not based in reality, but more on a unique set of circumstances that left me ill-equipped, for a time, to handle what lay in front of me. I'd been unceremoniously dumped into a Race 101 class without the prerequisite courses.