April 30th was the 40th anniversary of the Fall of Saigon. There were times during my adolescence this war dominated my thoughts. I still think about it. I decided to go to Vietnam and look for answers. The facts about My Lai contained here are mostly the product of military tribunals. My conclusions come from direct interviews with the Vietnamese and highly regarded literature on the subject. 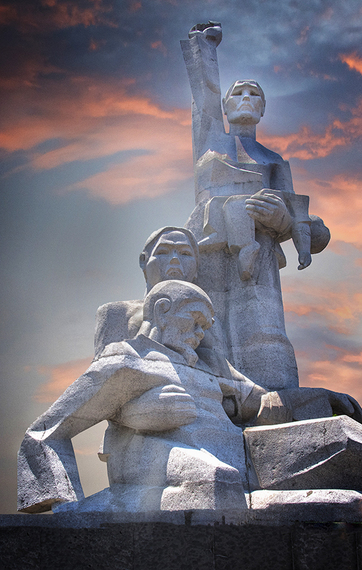 My Lai Memorial for those killed at My Lai 4

On March 16, 1968 Charlie Company was dropped by helicopter into an area of inspiring beauty, My Lai 4 on the South China Sea. One hundred landed in Army infantry uniforms primed to kill members of the 48th Viet Cong Battalion. One problem; there was no Viet Cong in My Lai 4 on that day. But, the troops were ready to kill so they went ahead. Younger, prettier girls, were raped, then shot, then thrown in a ditch. Several of the women were pregnant. The bodies piled up, as many as 500. Only women, children, and old men, all without weapons.

Then the homes were burned, the animals were killed, sources of water were poisoned, and food destroyed. The fact that there were no Viet Cong soldiers did not matter.

Charlie Company reported to task force headquarters; 128 Viet Cong killed. This piece of deception made it all the way to Saigon where the report of the My Lai engagement was released to the world's press corp as a victory. The lie lasted and lasted. GIs closed their mouths, not all, but almost all. Not Ronald Ridenhour, a helicopter pilot that saw it all and wanted something done. It was uphill for Ridenhour. He was fought all the way up the line, right up to Major General Samuel W. Koster. However, after two years the truth surfaced and was made public. By then the General Koster was the Superintendent of West Point. The highest-ranking officer that hid the truth of the My Lai Massacre was by then in charge of the moral upbringing of future West Point graduates.

After all this killing of the innocent was anyone punished? Out of the one-hundred killers and rapists only one, Captain William Calley. Initially he was sentenced to a life term of hard labor for the killing of 22 at My Lai. What did he actually serve? About three and half years under house arrest. Why so little? President Richard Nixon helped him out.

The documentation of the United States in Vietnam is overwhelming. The United States was in the killing business initiated at the request of President Lyndon Johnson. He set the policy. "Search and Destroy" was his baby as recommended to him by General Westmoreland. Johnson thought if enough enemy soldiers were killed the North Vietnamese would be on their knees and ready to negotiate. Just kill enough and they will give up. Initially, Johnson thought it would take only six months. On the evening news in the 1960s and 1970s Walter Cronkite reported the body count. The body count was the number driving this war for the United States. 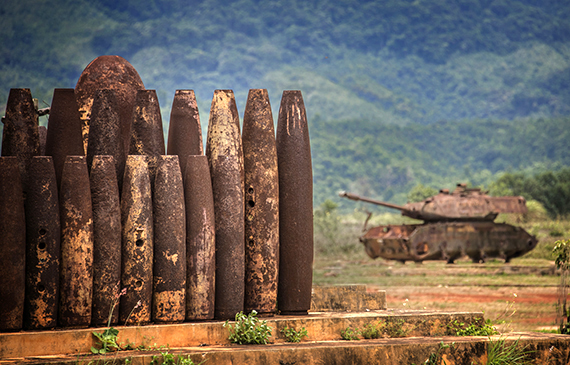 Rusting remnants of the U.S. involvement in Vietnam

To the soldiers it became an insane game in which they had no control. It probably drove them insane. It did not matter if the dead were women, children, old men, or a cow. Soldiers found ways to pad the kill numbers. Body count was all that mattered. A high body count over time got you the promotion. A low body count and you lost your command. Just report the kills. Make it a big number. No need to explain why there were no weapons captured with the bodies. If the heart and minds are too hard to win then blow the mind away. It all goes in the body count. If she is Vietnamese and she is dead she is a Viet Cong. Rape her or cut out her tongue. Just count her dead. No other policy could be so ugly and create such disrespect for human life.

The next question; could the body count theory ever win the Vietnam War? Could all of the killing ever have accomplished the United States' goals in Vietnam? I doubt it. 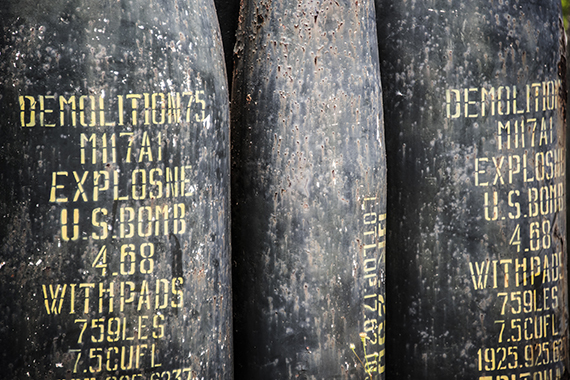 I spoke with several former Viet Cong and North Vietnamese soldiers recently. They all expected to die during fighting. Johnson and Nixon did not seem to realize that to the Viet Cong in the south, and the North Vietnamese, it was death or victory. Their dedication to the war was unending. For the United States to have a lasting victory it seems the entire population of North Vietnam and a very large portion of those in the south would have needed to be killed. This would mean 30 to 35 million deaths.

It cannot be overemphasized the love the North Vietnamese and the Viet Cong in the south had for Ho Chi Minh. They would do anything for him. Ho had them convinced that their freedom was at stake and there was nothing more important than their liberty.

The French had dominated Vietnam for 100 years then the United States came in. Before the French the Chinese had dominated the Vietnamese for the better part of 1000 years and the Japanese during WWII. They were tired of foreigners in their country abusing their people for cheap labor and taking away their natural resources. They were also uninterested in being a pawn in the United States' cold war with Russia.

In 1954 the Vietnamese won a decisive battle against the French at Dien Bien Phu. Ho Chi Minh went to Geneva for peace talks with the French after that victory. The French agreed to leave Vietnam if Vietnam was divided at the 17th parallel into a North and South Vietnam for two years. It was agreed that in 1956 free elections would occur and at that point North and South Vietnam would become one. That was Ho's dream, a united Vietnam without foreign interference of any kind.

Ho continued to negotiate for free elections. Finally in 1960 he gave up and told his followers to take up arms. They did exactly as he said.

The miscalculations of Johnson and Nixon created terrible costs in suffering. Fifty-eight thousand American soldiers died. Some have estimated that three million Vietnamese died, including two million civilians. That would mean that for each U.S. soldier lost, fifty Vietnamese died. The victims of My Lai were about 0.17 percent of all Vietnamese deaths from our war in Vietnam. 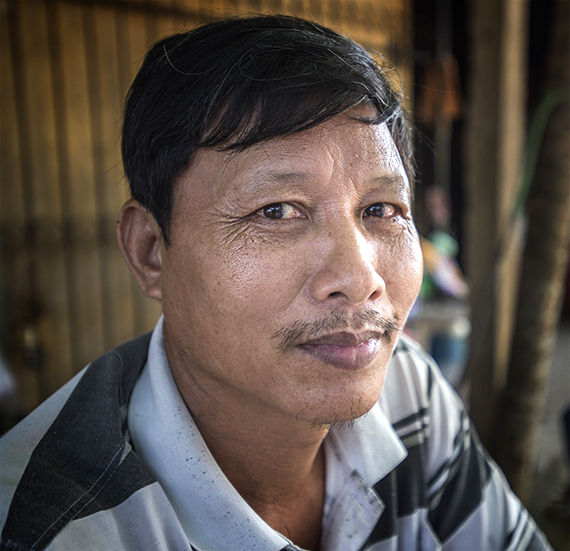 At age 9 this man was outside the My Lai hamlet during the massacre. He went back to look for his sister. He walked over dead bodies to find her shot in the head lying at the side of a ditch. He told me before the massacre the locals and U.S. soldiers got along well. After the massacre everyone ran from U.S. soldiers. U.S. Military policy in Vietnam defined someone running from U.S. soldiers as the Viet Cong and should be shot. 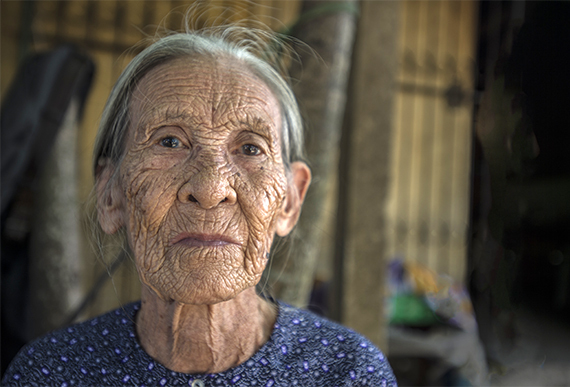 This woman was also outside of the hamlet during the massacre. She heard the shots and found her daughter and two nieces dead. Later that day U.S. soldiers held a machine gun to her head and questioned her about the Viet Cong. She had no information but she was not killed. After her questioning the same troops moved into another hamlet and started killing again. 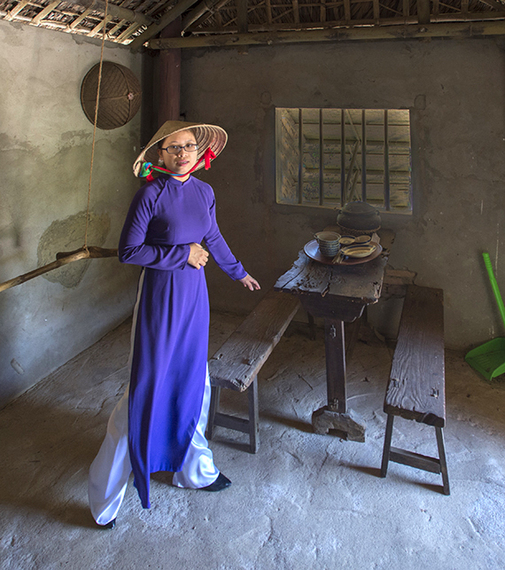 This is the type of home destroyed by U.S. Army during the My Lai Massacre, made of stucco with palm frond roof. All huts were destroyed. Rice fields were burned. Water supply was poisoned. Animals killed. 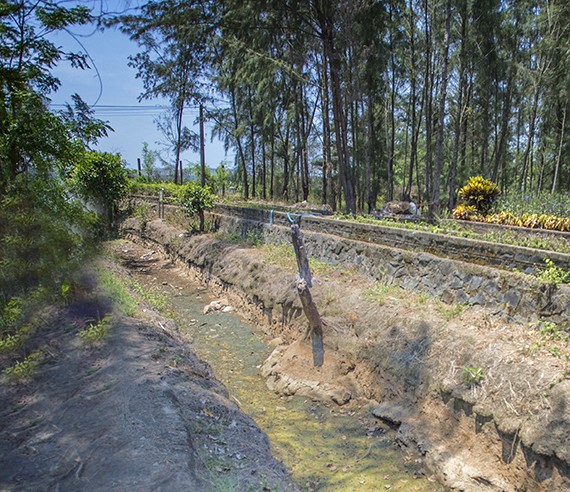 Ditch in which bodies were found in at My Lai 4 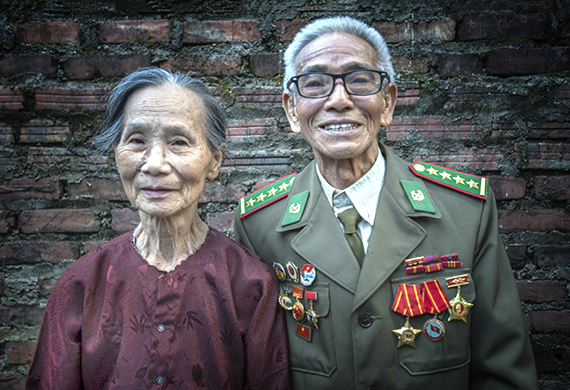 This 81-year-old man fought the French at Dien Bien Phu. He spoke of the "strong heart to win" all Vietnamese possessed. His not yet wife volunteered to feed the soldiers. There were 20,000 peasant volunteers cutting through thick jungle and hand pulling artillery to the top of mountains. That artillery fired down on the French in the valley below and was decisive in the battle. 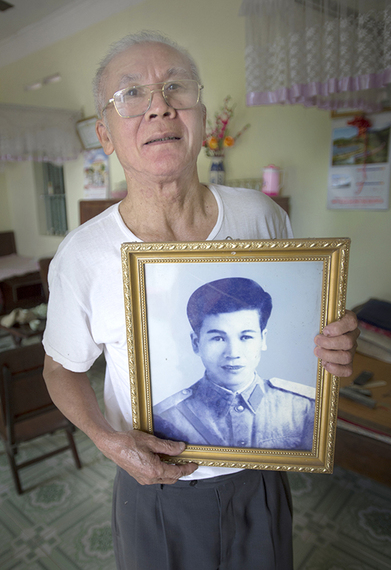 This man walked from north of Hanoi to the Mekong Delta twice to fight the Americans. Both journeys took six months. He expected he would not to return alive before both trips. Twelve friends of his made the same trip south. Of the twelve only two survived. 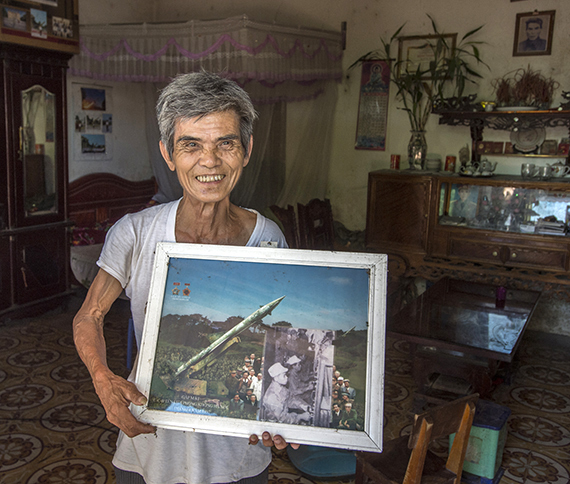 This 82 year old man controlled SAM-2 missiles that protected Hanoi from U.S. bombers. He repeated the same theme all the veterans told me. "It was death or victory" for the North Vietnamese, no other choice. 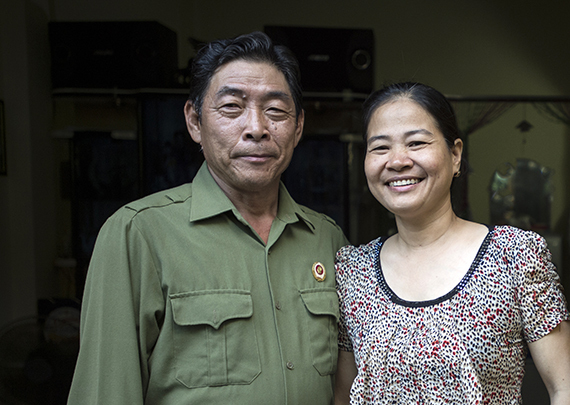 It cannot be overstated the respect the soldiers I spoke with have for the American troops they fought. (Something they did not have for French troops.) They all want the American people to know they were only trying to protect their land from what they considered foreign invaders. They now want to be friends with Americans. The hospitality I was shown on my visits to the homes of these men was the best I have experienced anywhere in the world. They all thanked me for coming to their homes and caring enough to talk with them.

If only Johnson and Nixon could have talked with these men maybe things would have been different. 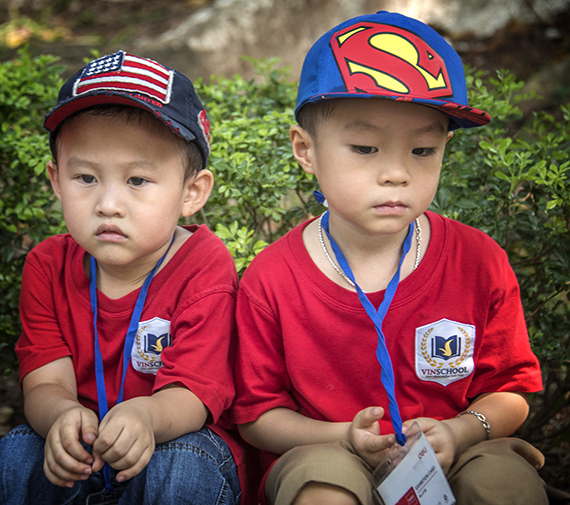 This picture was taken two weeks ago in Hanoi.

All photographs by Stephen Wallace.