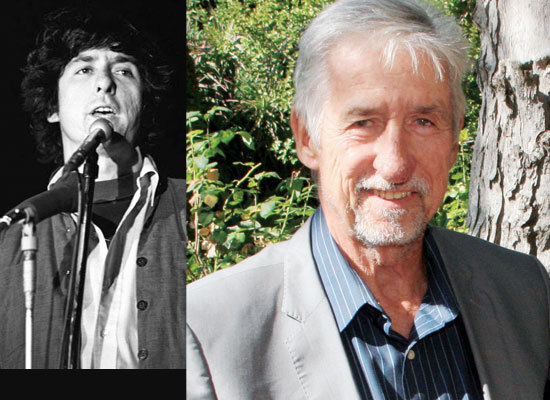 Last spring I visited with progressive lion Tom Hayden for the last time at his comfortable, but modest, west Los Angeles home. We chatted about the elections and the future of the progressive and anti-war movements, even as he was recovering from a stroke.

As a strong Bernie Sanders supporter, I was disappointed that Tom ended up endorsing Hillary Clinton over Bernie Sanders in the Democratic primaries. This was, after all, the man who helped launch the student and anti-war movements of the '60s as the main author of the Port Huron Statement, the founding document for Students For A Democratic Society, and one of the Chicago 8 who were prosecuted for demonstrating at the 1968 Democratic Convention. 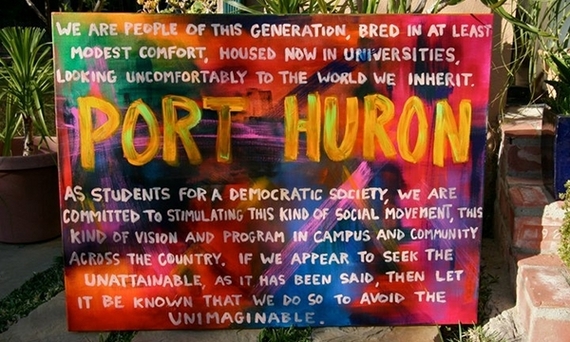 More recently, Tom has been leading the fight against fracking and trying to help rebuild an anti-war movement against the Long War.

While I disagreed with Tom and Clinton vs. Sanders, I would hate to for his choice to tarnish his legacy among progressives. So here's what I learned from Tom about the main reason he made that choice.

As you may know, Tom's early political roots were in the civil rights movement, the sit-ins, and the urban anti-poverty movement. When I visited with Tom, Trump hadn't yet emerged as the likely Republican nominee and Hillary was then racking up African American support, particularly in the South. Tom's endorsement of Hillary was largely in solidarity with the African American community. You (and I) may have disagreed, but it was a principled decision.

Here's what Tom had to say about that in his endorsement of Clinton:

" I intend to vote for Hillary Clinton in the California primary for one fundamental reason. It has to do with race. My life since 1960 has been committed to the causes of African Americans, the Chicano movement, the labor movement, and freedom struggles in Vietnam, Cuba and Latin America. In the environmental movement I start from the premise of environmental justice for the poor and communities of color. My wife is a descendant of the Oglala Sioux, and my whole family is inter-racial.

What would cause me to turn my back on all those people who have shaped who I am? That would be a transgression on my personal code. I have been on too many freedom rides, too many marches, too many jail cells, and far too many gravesites to breach that trust. And I have been so tied to the women's movement that I cannot imagine scoffing at the chance to vote for a woman president. When I understood that the overwhelming consensus from those communities was for Hillary--for instance the Congressional Black Caucus and Sacramento's Latino caucus--that was the decisive factor for me."

A few other last insights from Tom: In his view, the next President is going to be a "War President." The questions is whether that President will be a Republican or a Democrat and the extent to which a reconstituted anti-war movement can impact the President. Much of Tom's last political activism was aimed a reconstituted anti-war movement. I hope the progressive movement takes up his call.

Lastly, we discussed the possibility of lasting progressive organizations emerging out of the Sanders movement. Attempts to do this are already underway, both from Our Revolution, the successor the Sander's campaign, and in People's Action. Tom had some insights into the difficulties of the past in constituting a united left.

First, it has been hard to unite the white progressive left with African American, Latino and other minority movements on a basis of equality and mutual respect. Second, there's a tendency for the left to fall into small-minded sectarianism. And third, there are issues of egos and turf battles, people and organizations defending their own narrow organizational interests instead of uniting. Efforts to build lasting progressive organizations would do well to think about Tom's insights.

Tom Hayden lead a consequential life. He will be deeply missed. My condolences to his wife, Barbara, and the rest of his family.