If you're a family caregiver, you already know how inconceivably tough it is. In my case, caring for my mother and surviving the three-year "long goodbye" after her Alzheimer's diagnosis was nothing short of brutal. As tough as it was much of the time, the seven months since her death have meant a new set of challenges.

As rife with emotion as caregiving was, life after caregiving has also evoked the gamut of emotions -- from relief to sadness and guilt to catharsis. Like any grieving process, mine is unique and highly personal, and I can only tell you what my own experience has been. Still, I suspect that a lot of the things I've experienced post-caregiving will resonate with many former caregivers who are picking up the pieces after losing a loved one.

Just after Mom passed away, I felt a powerful sense of release. In the three years leading up to her death, I watched, powerless, as Alzheimer's warped the vital, active, caring woman I'd always known into a complete stranger. What started as seemingly harmless forgetfulness morphed into a brutal reality that included an inability to recognize the people closest to her or to care for herself, along with occasional threats and violent outbursts.

As much as I loved the mother I'd known before "the long goodbye," she was already long gone. I couldn't help but feel relieved to say a final farewell to the stranger she had become. And I was thankful that she no longer had to live with the weight of this disease bearing down on her. We'd both been beaten down and exhausted, but now the nightmare was over, for both of us. 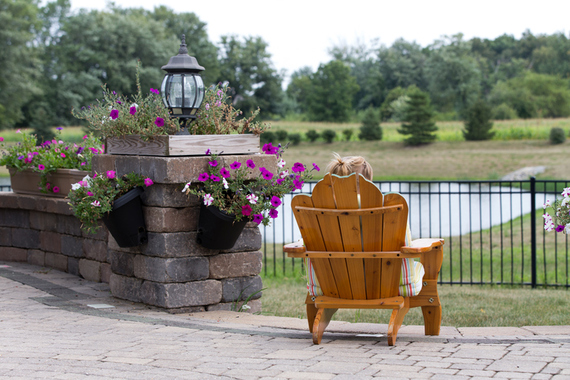 Since my mother passed away, I've had time to process what happened over the past three years as her caregiver.

In the first few weeks after her death, I felt like I just needed to be quiet, calm and alone with my thoughts. Being her caregiver had become a large part of my identity, and I needed some time to figure out who I was now without that role to fill.

For anyone who's going through this process, it's so important to communicate with your loved ones that you just need a little time and space to process things. Be upfront and let them know that you may need a few days or a few months, and that they should not take it personally.

Though I'm relieved that Mom's battle with Alzheimer's is over, that doesn't take away from the sadness of losing her. My mother was a wonderful part of my life and my best friend, and that's something I can never re-capture.

Sometimes I feel a profound loneliness without her. A mother's death leaves an empty spot in your heart, no matter how surrounded you are with wonderful people. Plus, as my sole remaining parent, I officially became an orphan once she died - a difficult thing to accept at any age.

And more than seven months after her death, the guilt that plagued me as a caregiver hasn't magically gone away. I've done a lot of second-guessing about the decisions I made. I still feel guilty about not letting her live with me, even though logically I know our home wouldn't have been a safe environment for her -- it's not easy to navigate with a wheelchair or walker. Even with that knowledge, I'll always be sad that she didn't live with us in her final years.

One lesson I've learned -- just cry. It's the body's all-natural way of releasing overwhelming emotions, and it's a perfectly healthy way to grieve and recover.

The need for a strong support network doesn't end once caregiving does. In my case, my Facebook community, which helped me through the ups and downs of caregiving, is still an important source of support after my mom's passing.

As a strong, independent person, it never dawned on me when I started caring for my mother that I might need anything resembling a support group to get through the tougher moments. But after months of posting about Mom's Alzheimer's and seeing the encouraging responses from followers, I came to realize that I'd inadvertently created my own support group.

I wish I'd known about the Support Groups available on Caring -- there are some unbelievably helpful, close-knit groups on these forums with answers to questions you might never think to ask. Both during and after caregiving, it's crucial to reach out and find that support -- whether from an online community or from close friends. Time to be by yourself and reflect is important, but at some point you're going to need someone to lean on.

For a lot of caregivers, it can be a bit jarring to realize just how much time of your time you used to spend caring for your loved one after they're gone. On one hand, having all of that time back to focus on friends and family, your career, travel or hobbies is a gift. At the same time, the sudden shift in your schedule and identity can be overwhelming.

After Mom passed away, I was suddenly presented with several hours each day to do whatever I chose. At first, I could barely remember what I used to spend my time doing before caregiving. As time has passed, it's even harder to grasp how I managed to juggle family and career while caring for Mom. Looking back, I'm proud that I was able to spend so much time caring for her while taking care of other business.

In addition to more hours in the day, post-caregiving life for me means a little more money in my pocket. The $3,000 that went toward Mom's care each month can now go into savings, family vacations and home improvements. These days, I'm able to go on trips with my family without worrying about who would be there for her, and I'm enjoying every second of it. As a caregiver, I felt guilty whenever I'd get frustrated at being tied down. But now that I'm able to do more of the things I want to do, I have to remind myself that I deserve it.

When Mom was sick, it was hard to escape the darkness of the illness that had taken over her mind and body. There was a time when I worried that was how I'd always remember her. But as the months have passed, I've noticed that older, fond memories of Mom have increasingly taken the place of the negative ones.

It's also been helpful to have people reminisce along with me. Mom was a well-known local jeweler for decades, and every couple of weeks, someone I've never met before will message me about how she helped them choose their engagement ring, or the pearls they gave their bridesmaids, or other special ways she marked their lives.

Creating little memorials to Mom has also been hugely healing for me. She used to paint rocks and give them out as gifts. After she died, we created a memorial garden where we placed some of her ashes along with colored rocks. I have a basket of them and ask people who were close to her write a message on their rock and put it facedown in the garden. Mine says, "Welcome home."

Dayna Steele is Caring.com's Chief Caring Expert and the author of Surviving Alzheimer's with Friends, Facebook, and a Really Big Glass of Wine.