Contrary to the title of this blog post, it's not the type of mess that one would perceive it to be. For the most part, it's actually pretty consistent in the fact that it is constantly inconsistent, it is organized in the way your utility drawer at home probably is, and it is reliable, in the same way that you can probably count on your flakiest friend. But when you combine all those elements and look at them without preconceived notions, or premeditated thoughts, the unexpected becomes the expected, the unforeseen becomes the seen, and the whirlwinds of dreams become a reality. The thing that remains the most constant in your life, is that nothing is ever the same. And when you look at it in a completely different, perhaps crazy, egocentric way, your life too can be one big, crazy, beautiful, organized mess, in a manner that you have grown accustomed to loving. 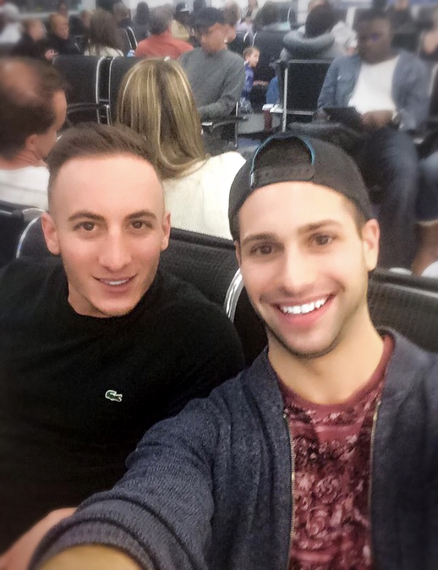 You see, late in my twentieth year of life, I decided that I amongst the millions of other millennials, didn't want to start "adulting" yet. But I mean, do you blame us? After the last generation left us promises of political corruption, economical turmoil, poor foreign affairs, explosive real estate pricing, inflation of currency, rising healthcare costs, and the absence of pensions, social security, and decent honest jobs, who would want go grow up in today's world? When mass media constantly airs worldwide suffering, hunger, depression, war, crime, and fatalities, would you want to be an adult in today's world? 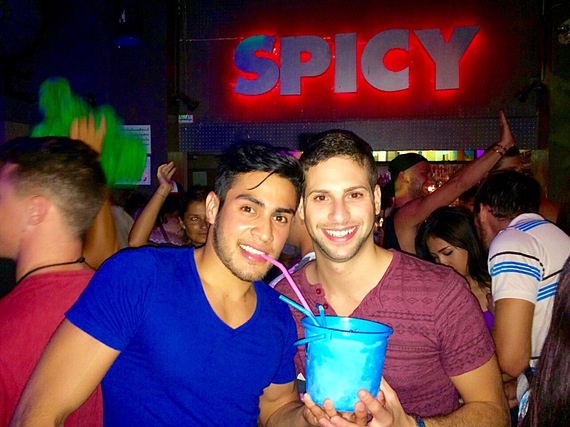 My generation, often dubbed as millennials, are always getting the short end of the stick. We are constantly being referred to as selfish, self-obsessed, sore-losers, unable to take constructive criticism, lazy, and having no work ethic. But that is far from accurate, and I wish all of you generations from X, to Y, to Z, to blah, blah, blah would realize. We are actually the most progressive generation that has been alive to this date. We do not care about social norms, or notions of how we "should" act. Most of us can not fathom how things like gay marriage was not legalized years ago, or why "pro-life" is such a hot topic when a woman should have the ability to make all decisions about her body for herself, or why so many people are against making the quality of overall life better, such as better working conditions, higher minimum wages, socialized healthcare, less taxes for the lower and middle class, and more vacation and sick days. 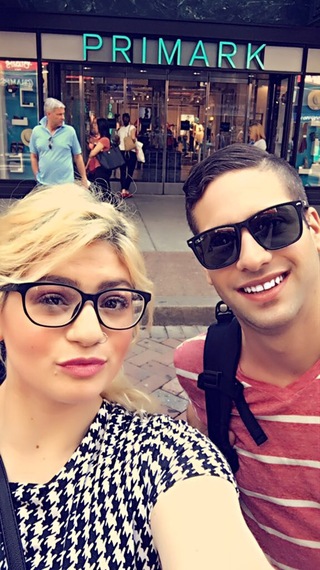 Many of the past generations are stuck in the same old mentality that we have grown weary of, "if it ain't broke don't break it." But we urge you to please wake up before your grandchildren suffer just like we did, because our system is broke. It has been broke for quite some time, and you have turned a blind eye towards it all, hoping that these issues wouldn't resurface or would eventually resolve themselves. 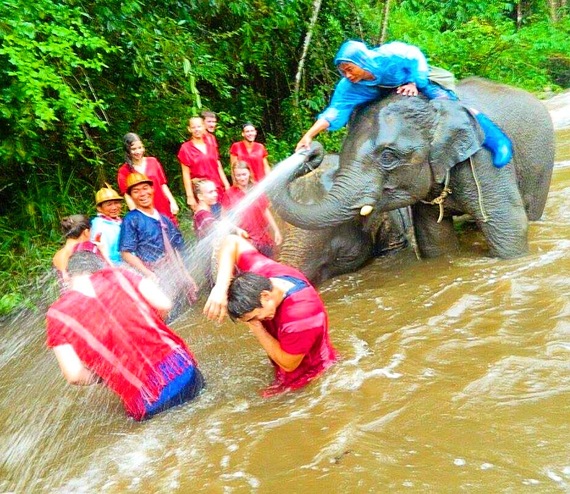 But while all these issues remain the norm, and constant, we all must still keep on living. So that is why I decided that at the crisp, young age of only twenty-one, that I was not ready to enter the world of "adulting." But ironically, I did it in the most responsible, adult way possible. I finished my bachelors degree in college. Took a job with an airline. And since then, the rest has been history. 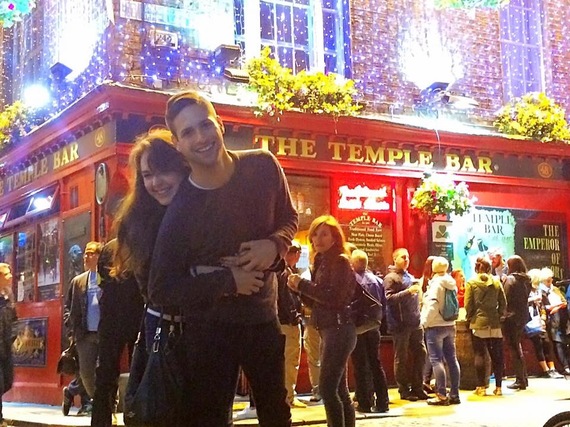 So while the many of you continue with your day in, day out routine, that consists of the usual nine-to-five, I am as well continuing my routine. However, the nice thing about my routine is that it is not a routine at all. It is subject to my mood, desires and what I actually feel like doing. And amazingly enough, my job gives me the flexibility to do that. Maybe one week I feel like macaroons in Paris, or the next week laying on the pink sand in Bermuda, or perhaps the next week I'll want to spend a few days beach-side enjoying passion fruit Caipirinhas in Rio. 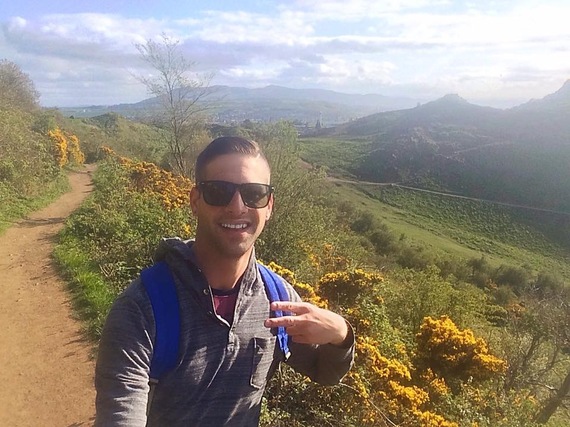 And ultimately, while everyone is enduring rush hour traffic on the daily, twice a day, I usually endure it once a week or so. South America trips leave so late at night that by the time I drive to work, rush hour has been long over. Caribbean trips generally leave earlier in the morning before rush hour has had a chance to start. And if perhaps I do have a trip that forces me to endure rush hour when driving to work, such as most of the earlier Europe trips, I know in the back of my mind that when I drive to work I drive to go to work for a few days at a time. So being able to suffer through twenty to thirty minutes of traffic that day, does not look so horrible in the grand scheme of things.

So while I do consider my life a mess, it is not the conventional mess everyone would perceive it to be. Its the kind of mess that I love, and wouldn't change for anything. And with all the negativity and sadness in the world, do you disagree with me for not wanting to embark on my path to adulting? Call me crazy, but I will take this lovely setup I have now over the plethora of other careers I see many of my friends tolerating but loathing. Because at twenty-three, are we all really expected to rush to graduate school and start working? To rush out into the world that has let us down for so long, in order to achieve true happiness at some point in countless years to come? With the aspiration that if we start a career young, put in hard long-days of dedicated service, and devote our lives to the firm, that eventually we would be happy? And how are we told we would eventually be happy? Through means of attainment; such as a nice house, beautiful children, a loving wife or husband, a salary that is eventually livable off of, and perhaps benefits that may be associated with your job in years to come. 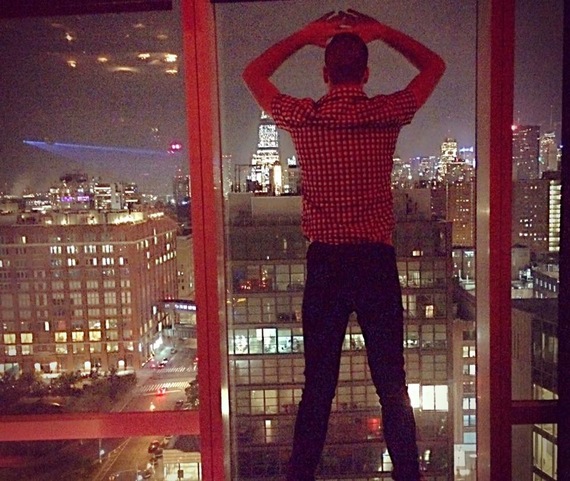 But as Joseph Conrad once wrote "who knows what true happiness is, not the conventional word... but the naked terror. To the lonely themselves, that wears a mask, the most miserable outcast hugs some memory... or some illusion."

To see photos of my recent travels check out my Instagram @theNYCwanderer. Until next time, XoXo.