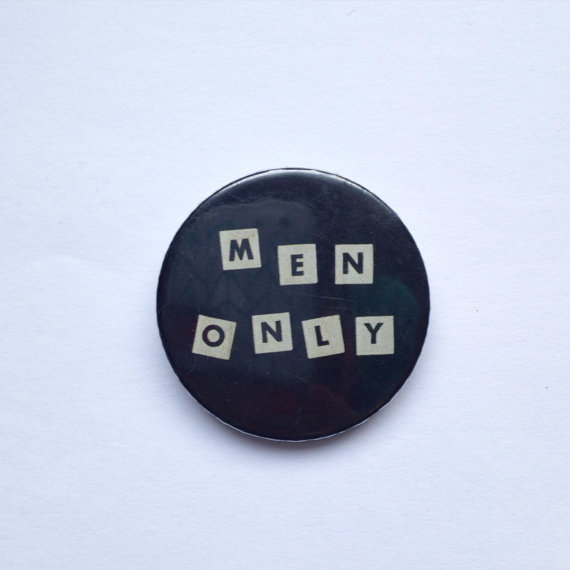 It's the unevenness of my life that made me want to find my place.

They told me I was gifted in elementary school, privileged, the playground where boys psychologically tortured me with name-calling and physical threats, and where I had no friends. I'd go home in the afternoon and hide in our over-size rabbit cage. That's what "privileged" meant in my suburban hometown. I cut classes and said I was sick and lost grades because I wanted to live. I didn't want to be gifted; I wanted to be slim, athletic, popular. Someone.

After I had my first book published, finally, at forty, three years after the age my dad gave up this world, 25 years after my first professional writing gig, 24 years after I was first taken to a psychiatrist because I couldn't get the thought of death out of my head, I stared at my words on a Barnes & Nobel shelf, seeing a dream that was so obvious to me but took the shifting of earth's plates for others to recognize. Someone from home told me I didn't deserve success, even after all that.

I've learned that accomplishment for other people's sake is self-destructive. I try to remind myself of that lesson every day.

I moved to New York in the winter of 1987, just after mental illness had destroyed my actor dreams, and years before medications made them show up in the daylight again. In 1989 I had my first HIV test; I had my last one six months ago. The results are the same, but history smoothed over the bumps. There's something called PrEP and barebacking is routine. People used to sit across the room from each other and jerk off in the cold living room of someone else's home. Intimacy was literally dying in their bedrooms.

Remember STDs? They're almost retro. They were really big in 1979, the year before Ronald Reagan was the first President not to speak its name.

By 1990 I'd finally developed muscles, when almost everyone whom I'd met at the last all-male gym in Chelsea had succumbed to the collapse of their own mass; sweet men, sexy men, the first men who treated me as an attractive equal, something I'd craved since childhood, all of them infected before I got here, most of them rotting on those revered streets around me.

Those streets are now Taylor Swift Starbucks country, where haters be hatin' and my generation is called a cliché.

When I first glimpsed the lights of a nightclub across from a Central Park West hotel room when I was fourteen, on a family vacation, I knew I needed to be there, here. On the same trip we saw Dancin', and I was infatuated with one of the guys in the show. We waited outside for autographs afterward, and, as my siblings complained and Mom sought out Ann Reinking, I saw him come out with another man, their waists touching, intimate and protected. He said good night to the cast--I remember him tossing out the name "Charmaine"--and they walked down the humid gray that turned into black brilliance, abandoning me from my entitled world.

When I finally got here, at twenty-two, any notion of re-creating that freedom image had also deserted me.

Now that I'm fifty years old, still in Manhattan, a couple of miles away from my first apartment, and a world away in almost every other respect, I see many things in this city that's been home longer than any other place. There's painful memories and sadness, some of it crippling, fear of getting older when it's cold, missed opportunities, and so much sentiment in springtime Chelsea I want to grab the bits of men I knew, their laughs and looks and color like tulips, and hurl them into Glinda's ball so she can toss them to the skies.

Most of all there's life, present tense, in so many ways just beginning. I'm a Daddy now, if labels are used, a noun I appreciate and am flattered to hear. In other ways said by other people I'm old, not someone who should be starting out or dreaming or metaphorically pulling the pigtails of attractive men. In the worst ways, I'm a tired old queen, the label I get from younger gay men whenever I write about a subject that doesn't appeal to them. It's not much of a distance from the names I was called as a kid, except it's my liberated successors who are now undermining my worth.

Last year I acted in a commercial and was featured in a couple of videos. I had fun, especially after a 20-year medical leave. I look forward to more. When I was ten I was the youngest actor in the room, a performer at the American Conservatory Theater in San Francisco. Now I just act like I'm the youngest, wherever I am.

If you're fortunate enough to live half a century, you'll understand that it isn't that youth is wasted on the young, it's that youth has no bearing on happiness. It also has no expiration date or emotional start. To imply otherwise is punishment by thoughtless proxy.

If you're smart enough to live fully, you'll also know that it isn't just what fifty looks like. "This Is 50" material images of ourselves are too easily manipulated, artificially or superficially. It's what fifty, forty, thirty, twenty feels like.

Nobody has an infallible plan, until you're immortalized in death, yet the rules of age exist. I would have thought better of us. If we build on a life-by-numbers bridge, we'll prematurely kill off the impact of others and our own inevitable ups and downs. Some people soar in high school or college, then dwindle down a drain. Anyone thrilled by their childhood peers' falls is regurgitating the cycle of dismissal, gay men who have made their own decision that youth begins after college. Or whatever age they stamp as young. High school never really ends, but our enrollment can stop.

Some of us get trapped in marriage, kids, even if wonderfully so. Some go broke or bankrupt and some sniff up their millions. Some hide their lives behind spouses, or careers, or bruises, some men come out at seventy. Some learn to paint, whenever. Some, like my mom, stay overnight in an Italian youth hostel when they're eighty. Some are lost, or just not fully formed, in their teens, in their twenties, in their sixties. Some collapse in the middle, briefly, then reemerge. Age is a jigsaw puzzle, with pieces being filled in from corners and the middle and the edges. All that's certain is a starting point. And the celebration of filling in the picture.

And some of us get sick and die. Diseases of the mind and body thwart life, accidents too, and they're fickle in their choices.

Where I come from, in that politically correct timeline of youth, late in life meant forty, if you were lucky, or just the opposite if your decay dragged out. Old age didn't exist. Life existed in the moment and it didn't give you time to think or plan or mope. It didn't give you time.

If that was my prime, then I should have ended it by the time I was thirty. That decade was the last hoorah for too many others, and we owe it to them to honor the rewards of age.

I'm either the end of the gay line or the beginning, since those under me are awake in a world of marriage and children and entertainment mirrors, and those above me are dead. I have no father figures, literally or figuratively, and if I'm to believe what I read in many gay circles, I'm immature because I did not start planning a family by the time I turned thirty. Ignorance is forever young. So are my beautiful peers, hedged in between two worlds and extracting wisdom from both. They are called Daddy's too. Now it makes sense because we've all lost him.

It hurts when people tell me I'm too old to dream in the daylight, to turn my imagination active and produce. I'm not always proud enough to overcome bias even if I can't comprehend the seeds of such a despotic policy. When I'm ashamed I dig up the past and my alternatives and the men whose memory made me.

If Grindr existed in 1987 it would be a smartphone AIDS quilt. Profiles would vanish daily, photos would be replaced by red ribbons, instead of stats you'd read short remembrances and how close, in exact feet, the memorial services were taking place. Between "Read My Lips" and Silence = Death and every man except a Daddy at your fingertips, it would sum up the gay plague in the palm of your hand. The beeps on your phone would be alarm clocks for who just left and who's next.

Like physical youth, we've passed that world, for now, and everything else is fleeting. If being gay today means learning which way to swipe a thumbnail and how to shake it off, then good for us. It's time for a breather. If being fifty, for me, feels new, great for me. It doesn't really matter if I'm between worlds or between generations or on the wrong side of fashion or the other side of someone else's hill. Too often were kicked off the one we're still climbing. It only matters that I'm embracing my infinity, my star, in gay years for however long this place exists.