I can't believe you were the one to catch my eye. I don't believe in love at first sight, but the second I saw you, I was already in too deep. I had never seen such a place like you, with your enigmatic past and thriving future. You captivated me as soon as the smell of cigarettes hit my face, and just like the smoke, I initially thought your enchantment would vanish.

I admit I can't look away, you are too bright for my eyes when it snows and I know, I know, I have to move, for you will freeze me to death, but I will not move from this altitude for I need to take you and breathe you in. Even if you change your mood, and suddenly you are cheery while I am distant, you can always change my state whenever you shine.

I don't believe I can compare you, my Sarajevo. I don't think it is possible for me to do such a thing. I didn't even hesitate when I compared you to brilliant London, dynamic New York City, or even Stockholm to a Nordic. I can't even start to describe you with the characteristics that are used for other places around the world. You might sheepishly disapprove of my cliches, and strike me with your cold gloominess, but then I see you when the clouds move apart and there is youthful, raw you.

I am in awe, Sarajevo, I am mouth-open eyes-widened in awe. Your vision is above their expectations of what you could do. Your ideologies are not limited, the next generation of technology is in your hands and the masses are revolutionizing to your cultured touch. You are the pariah that leads the community and you won't be ignored because IT matters.

I stopped to look at you when my friends dragged me where you were, and I was speechless. I touched your walls and almost broke my neck when I stared at the roof of your history. I was back in time, back before you were just another part of another person, but part of an Empire. I saw your old oval ceiling and ruby rugs. I could feel the urban family structure of your past and culture.

I have to be honest with you, Sarajevo, but I didn't think much of you before we formally met. Yes, I believe that our love was one-sided, but you just have so much to give and I took so much even before I let you in. I only heard whispers of you, and I know that you've been hurt by large men in combat boots, but those generals do not define you. 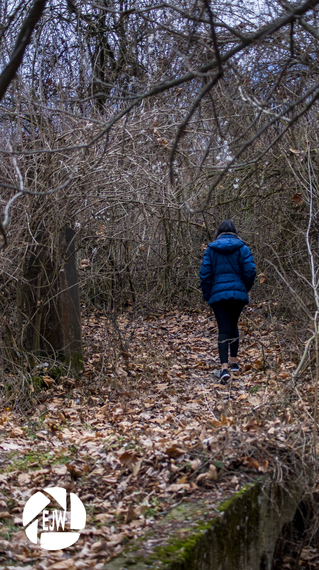 This is all bureaucracy, I listen to you speak up and then you go quiet. Your passion overshadowed by rules, statements, and conditions. Violence catches their eye and you are ignored no more, but it isn't good for you to think this is the only way to get attention. This parasite won't go away and no matter how much you try it's still hard to find an identity, but I understand that with every passing month you will slowly grow distant from him.

My dear Sarajevo, forgive me for using you. I didn't believe you were more than what I was told about you. I gave you little credit and stomped your whole map without looking twice. I was selfish and took your beauty for granted, but now I can see from the top of this viewpoint and your hills curve the city like no other place. "You are protected," I whisper, I say, I yell but still, you don't dare listen. There are bridges that, like stitches, join together your skin without minding the bruises that are not easily visible anymore.

It's been 20 years and you are now mentioned as a survivor, that you were broken and now it is their job to fix you. But love, you need no fixing. You are more than agreements in other languages, tension, violence, and degradation. Don't lose yourself, Sarajevo, the siege only transformed you into beautiful red roses.

I met you and since the moment the plane arrived, and I could see the red triangle roofs and high green with powdered snow, I have become more resistant. I understand the meaning of reconciliation, the lines that keep us apart, and how it is okay not to be the same as your neighbor. Thank you for the time you spent with me and the affection you shared with a foreigner.

Ana S. is a student at THINK Global School