Recently, I've been reflecting on my journey over the past 10 years.

Growing up in New York, I graduated with a BA in economics. At 21, I had a full time offer to work on Wall Street as an investment banker in public finance. The company offered me a starting salary of $80k. I turned it down. 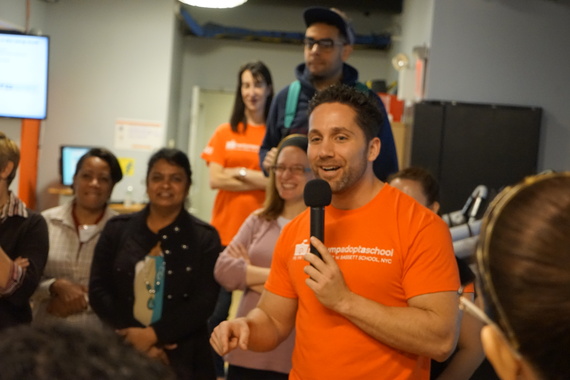 I've been blessed in that my entire life, I've been in amazing physical shape. When I was offered the job on Wall Street, the next 20 years flashed before my eyes; I saw myself working 15-hour days, 6 days-a-week, becoming a slave to Microsoft Excel. Companies on Wall Street have the most toxic cultures in the world. I anticipated drinking, eating like crap, and not sleeping. I imagined my banker-self as a fat, stressed out alcoholic snorting cocaine to stay awake.

At 21, I turned down Wall Street. I could not risk losing my health, no matter how much money they offered me. I would not do that to my body. And so, I told my family: no investment banking. I had to do something, though, and so I turned to personal training.

I was employed at a gym in the middle of Brooklyn under a loud, rickety, subway line -- it was a far cry from the marble laden hallways of Wall Street. I trained clients and charged $30 an hour. I continued to grow as a trainer for the next 10 years.

Throughout this time, I watched my friends -- all of whom went to the same type of colleges as me -- succeed at the Deutsche Banks, Googles, and Blackrocks of the world. And there I was, hustling under the subway lines deep in Brooklyn for that grand prize of $30 per hour.

I ended up doing decently as a personal trainer. But it is a hard life of hustling. Nothing is stable.

Oftentimes throughout my twenties, I would look back on my life thinking, "what a f-ing idiot I am." If I had taken the Wall Street job, I would be rich by now. Who makes such stupid decisions? Yet, at the same time, a little voice in my head knew with 100% certainty that if I went back in time, I would have made the same decision again.

I intuitively believed that corporate work cultures make people sick. I saw it with my clients all the time! Men and women in their 40s and 50s who worked in corporate America and made a lot of money, but became sick in midlife -- sometimes with chronic diseases, but more often with stress, anxiety, insomnia and depression. I didn't believe that you could have both a great job in corporate America and your health. In my experience as a trainer -- and my intuition before that -- you had to choose between the two.

If I could go back in time and talk to my 21-year-old self, I would say thank you to that Peter for having the courage to put health first.

I write all this because almost 10 years after I turned down Wall Street, something that only happens in the movies happened to me. There was a company and a man on a mission to change the world. Their means to do it was different, though. They wanted to do it by changing workplace culture. This man, Charlie Kim, came from a family of givers. His father was a world-renowned corn scientist who was nominated for the Nobel Peace Prize multiple times for his work to solve world hunger. At the time, Charlie (like his father) was also taking on a monumental task. He wasn't solving world hunger; he was trying to do something I have never heard of (and, frankly, didn't even know anyone was trying to do it).

Charlie's "corn" was workplace culture. His mission in life was to change this toxic monster of work that makes so many people so sick. Ironically, this man was building a company -- Next Jump -- to change what I turned down 10 years earlier.

I met Charlie because -- you guessed it -- I trained him and his employees. I got to know Charlie and many Next Jumpers very closely. Let me tell you -- they were the nicest human beings I had ever met! Training is often tough because you deal with demanding and difficult clients. Next Jump was different. They were so humble. The hours I was there felt like therapy. I should have paid them.

Next Jump runs a multi-billion-dollar e-commerce marketplace that powers employee perks programs at most Fortune 1000 companies. They do very well for themselves. What makes them unique is that they use their product (and the revenues from it) to build a company culture that is a Mecca to physical, emotional, mental and spiritual health. I believe if you want the best in those four categories, you go to Next Jump. Next Jump isn't a doctor's office; it isn't a university or a non-profit... this is their work. For them, work became the place you go to get healthy.

I know this because I trained all over Manhattan but never saw a better facility with better instructors than at Next Jump. I minored in psychology and took Masters-level classes at NYU, but never saw a therapeutic coaching center better than Next Jump. They use a for-profit company to do seemingly non-profit work, and take steps to change work culture in the process.

At 21, I turned down Wall Street and seemingly flushed my corporate career down the toilet. I knew I would have to live with the consequences.

In 2014, something happened. After years of training at Next Jump, Charlie Kim offered me a full time role to to join Next Jump in their mission. I was given the title of Director of Wellness, and charged with overseeing all culture initiatives related to employee wellbeing.

Within months of starting the job, I was being interviewed by Huffington Post live on the topic of improving workplace culture. Months after that, I was speaking to senior teams at companies like Whole Foods, Pfizer and Fresh Direct on how to improve their cultures.

Somehow, by some miracle, I was allowed back to corporate America 10 years after I turned it down. I was given a second chance. But, this time, from the other side. Instead of suffering the realities of toxic workplace culture, I was given a chance to proactively work to change it for the better.

This is not some fantasy project. This is having the power of a $2B enterprise to change workplace culture.

I pinch myself sometimes. I can't believe I am here. I was able to have both -- my health and my career.

Now, I'm part of the mission to allow everyone to do the same. Work should never make anyone sick. We want people's jobs to be the single thing that makes them healthy.

I'm glad that I said no to Wall Street. It led me to Next Jump and the opportunity to change the world. My children or even grandchildren might view work very differently than I did. If we succeed in our audacious goal, they might see it as the place they go to get healthier: physically, emotionally, mentally, and spirituality.

It's now my mission too -- to change the toxic monster of work that makes so many people so sick.

Peter Chiarchiaro, Head of Wellness at Next Jump, is changing the definition and meaning of work