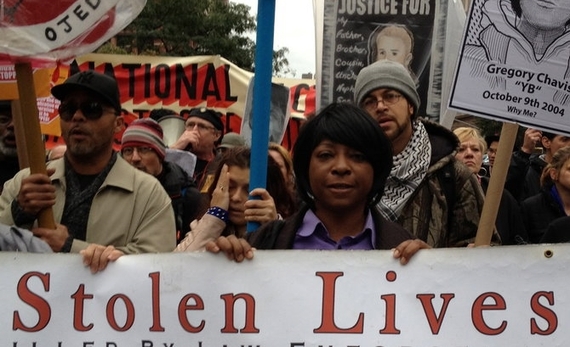 As an African American woman, my mother Elizabeth, had the traditional fear that all African American mothers have; a fatal interaction with police where one of her three sons would be shot or killed. My mother had another fear; that her police officer son would be killed on duty.

My brother David is now a retired Chicago police officer who used to patrol some of the most crime riddled areas of Chicago; the projects. David, my brother Micheal and I have had very animated discussions about policing and African American men. As a Stanford and Harvard graduate, I have a chip on my shoulder about being stopped by police which started while a was a high school student in Chicago. A friend and I were asked to get out of our vehicle by police while waiting for my mother in front her work place. We were parked legally but were drinking sodas out of brown paper bags. The police asked us to get on the ground, face down.

A crowd gathered and luckily my mother came out of her office building just in time to ask the officer what was going on. The officer said your son and his friend were drinking alcohol in this vehicle. My mother said "impossible." When the police officer finally took a whiff of our two sodas, he knew he was in the wrong. The police officer took my mother aside, allowed us to get off the ground and drive away with my mother. In the car on the way home, my mother gave us the "be compliant" with police narrative. I was humiliated, but my mother feared for my life and was doing the best she could.

My brother David became a police officer in spite of the fact he was harassed by police in our neighborhood in the 1970's. He was constantly stopped in his Ford Gran Torino because the probable cause was he did not look like he belonged in that vehicle because of his age. My mother worked for Ford and co-signed for my brother to get the car. David had every right to be in his Gran Torino. Worse, his car was often searched for drugs when he was stopped.

Every day when David went to work as a police officer in the projects of Chicago my mother's additional fear manifested itself. Would her son return from the soup of black-on-black crime in Chicago?

In the end, my mother associated the police with one of her sons getting killed. One in the line of duty, or another with an interaction with police. Elizabeth's choice.