Hi, everyone. My name is Marie, and I'm here to say I love my fat.

For a long time, I wasn't happy. I could go into the details here in a long rant, but let's do the abridged version: I was bullied as a kid by peers and relatives for being overweight; crash-dieted as a teen to really dangerous levels; didn't feel any better about myself when I got skinny; inevitably put on weight again after ditching the eating disorder; was super shy and introverted for years because my self-worth was so low. I was the far-too-typical American teen.

But I realized one day just how boring that all was. I'd seen and heard the same story from my friends and at least one character of every teen television show I'd ever watched. I'd certainly bored everyone I knew after years of talking about my crappy self-esteem -- and I was starting to get bored of myself. When I was 18, I started NYU and I thought to myself, "This is it. This is my chance to reinvent myself and become the confident fatty I want to be." But it didn't exactly work out that way. New York is a hub for models, celebrities, and thin women, and my school felt like the embodiment of the borough. I was convinced that I was the biggest person out of a student body of thousands. So I became something of a hermit, too embarrassed to leave my dorm for anything but classes.

After spending two years as an undergrad in New York, I was craving a change, and signed up for five months in Madrid and five months in Prague. I didn't know anyone in either city, nor what to expect. 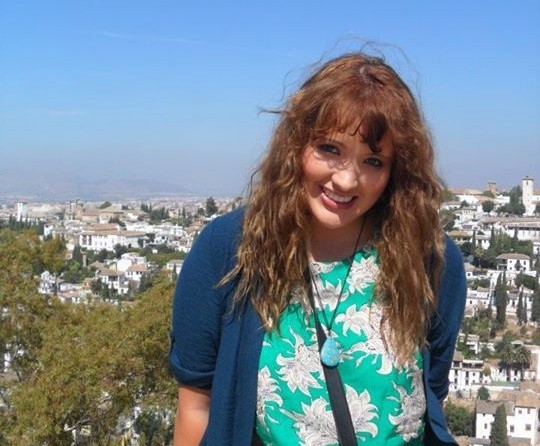 Something happened to me in Spain. I still don't know what to attribute it to: the weather, maybe; the city's overall passionate and radiant ambiance, possibly; the way that no one is a stranger, and starting conversations with anyone and everyone is effortless, even for the introvert like myself. I got along epically well with my two housemates, and that meant that for the first time as a student, I had friends with whom I actually wanted to go out.

In stepping out of my comfort zone and leaving my turtle shell behind, I started feeling better about myself. When I went out, I had fun. People liked me. I don't just mean men -- though I did get asked out on more dates in those five months in Spain than I had the previous five years of my life -- but just people: people who wanted to talk to me and who were interested in what I had to say and didn't think twice about what size skirt I wore.

With Spain came something else: I fell in love. (Cheesy; I apologize.) Not long after arriving in Madrid, I met a boy from England on a busking holiday, sitting a café bar drinking a Guinness on the same day I happened to skip school with my roommate. I knew I liked him right away. That whole semester, we kept in touch. We visited each other on numerous weekends, spent a few days in Dublin, talked incessantly on Facebook -- and we fell for each other. Two years down the line, he's my biggest cheerleader, my main photographer, and my best friend. I would never want to tell any woman that her self-worth should correlate with what a man thinks, but I also won't lie and pretend it's not amazing to have a partner who makes you feel beautiful and sexy and loved on a daily basis. At the time Paddy and I met, I was still under the false impression that not many men liked voluptuous women (I have since discovered how wrong I was). But he loved every curve and every wobbly bit and every jiggle. And honestly, he helped me see my fat as an attractive thing, and not as the curse I once thought it was. 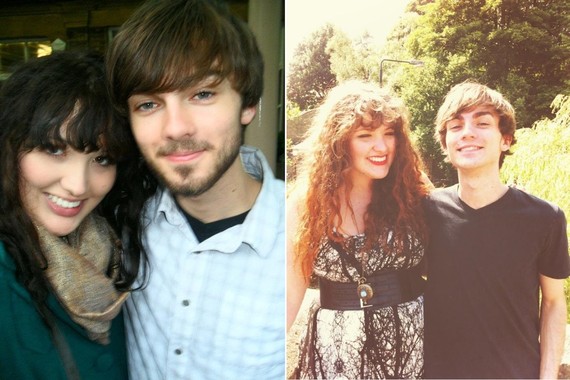 For the rest of my time in Europe, I noticed myself becoming more of what I always thought myself actually was. I was experimenting with tight clothes, I stopped counting calories entirely and actually gained more weight, and I started letting go of everything I thought was wrong with my body. In a sense, beginning to love myself and all my extra bits was empowering. I was enjoying something that society dictates one shouldn't enjoy. When I returned to New York for senior year, I knew I was different. I was starting to view all those "imperfections" on my body as attributes -- as quirky and unique pieces of the puzzle that made up who I was. And I was overcome with the urge to follow through with those feelings and build something off of them.

Thus, my blog Big, Beautiful and Bold was born. I had started coming across bloggers like Gabifresh and Nicolette Mason who were instilling confidence in plus-size women through their sites, and I wanted to be able to do that myself. I wasn't remotely at the level of confidence and self-love that I am a year into blogging, but I was getting there, and I wanted to go with it. I started writing about plus-size related topics; from the media's perception of beauty to changes in the fashion industry to the fat celebrities I thought were making a difference out there. And then I started incorporating my own fashion and my own pictures, and was overwhelmed by the amazing response I got. Brands started wanting to collaborate; women reached out to say I was helping them feel better about themselves, and ironically, they made me feel way better about myself. I've always wanted to be a writer, so my blog gave me an outlet to do just that. But it also gave me a sense of identity. It gave me a passion. I'm not saying that the plus-size loving, activist-y side of me is my whole identity, but it's a part of it I had never before explored. 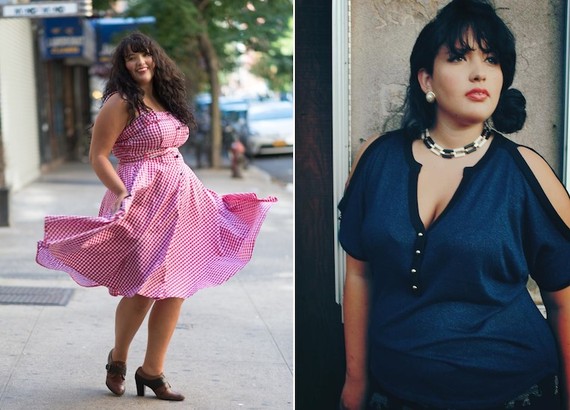 Strangely enough, a lot of people wouldn't even call me fat. Chunky or chubby, probably, but never fat. I use the term fat because the fact is I know my naked body better than anyone, and I have lots of fat on it and happen to like it all. I also love using the word because the more we plus-sizers use it, the less of an insult it can ever be -- the less anyone can hurt us with it. It's funny because I spent so many years thinking of myself as "fat" in a derogatory way, and now that I see it as a positive thing, I have to be careful not to insult anyone larger by using the word in reference to myself. And though a lot of people may not think of me as fat today, a lot do -- doctors, skinny-centric purists, and anyone who has seen me in undies. Personally, I am going to keep using the word with a smile on my face. 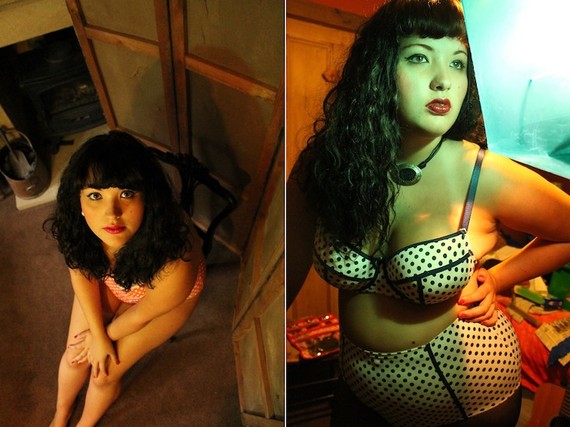 I don't have a recipe to falling in love with your body. I don't have an easy button you can press to feel fat and flabulous. I think it's hard. It's really freaking hard. We don't live in a society that makes it easy. We don't live at a time when fat is considered beautiful by the mainstream, so we have to fight to make people realize the beauty in it. And fighting is never easy, but it's worth it. Bloggers, models, celebrities, magazine editors, and designers are starting to open their minds, though. We see more of these people creating a market for the plus-size woman than ever before. And I think we'll keep seeing it. But we have to keep fighting. We have to be unafraid of proclaiming our big, fat message with any and all of our big, fat friends. So maybe, someday, saying we like being big and fat won't be a proclamation. 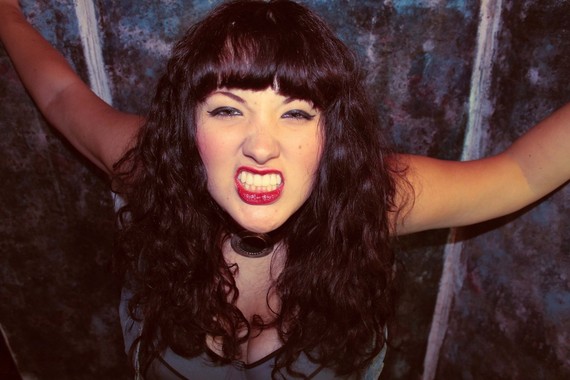