After 'Mission Accomplished' and the shift from successful invasion to unsuccessful occupation of Iraq, many people questioned why even less visible opponents were not more outspoken in opposition. In my case speeches and interviews were given, but few received any publicity. There is no guarantee that simply because one "speaks out" that the media will report or take notice. In my case opposition included resistance to joining a well-organized band of former Democratic office-holders who publicly advocated in support of the Bush invasion policy. My response to the request to join that band follows: 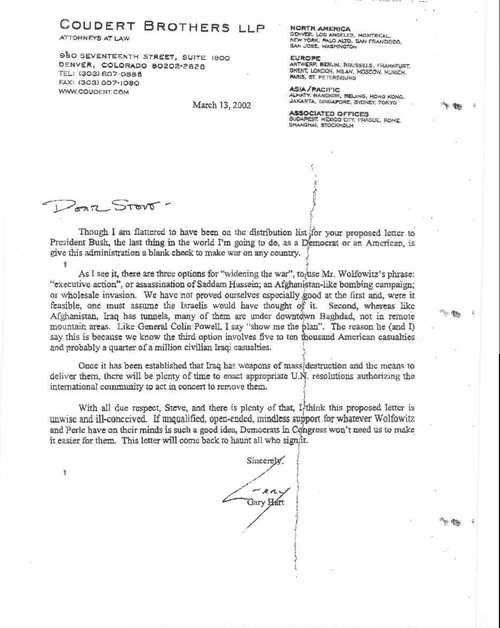