Joseph Baken is a Hollywood wünderkind whose hilarious Hollywoodland YouTube videos have gone viral. Baken's ascent has been rapid, having already worked with everyone from Gus Van Sant to James Franco (who directed him in a spot for Samsung). Van Sant calls Baken "very funny... a great performer and an amazing writer." While award-winning writer Kelly Marcel says, "Joe is incredibly creative and always bubbling with ideas. It's infectious and I love being around him. He always inspires me and reminds me to think outside of the box. He's also very kind and witty." I spoke with Baken just as he released the second of his Hollywoodland videos. 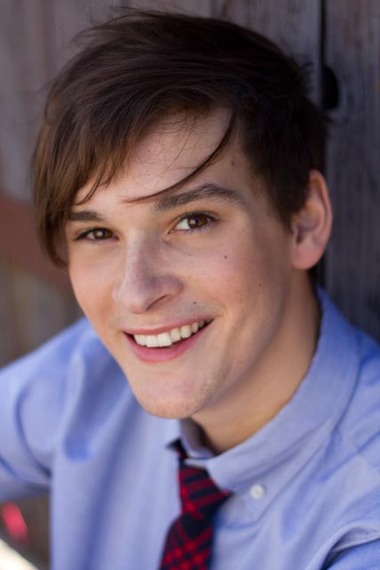 Tell me about Hollywoodland. How did you come to create this project?

Hollywoodland was an idea that was inspired by Portlandia, which I think is brilliant. Hollywood has so many unique people and quirks. I love it here, but I also saw an opportunity to poke fun at ourselves.

How did you and Gus start working together?

I was in school in Pittsburgh while Gus was shooting Promised Land. I managed to get a job on post production and there was an immediate bond between the two of us. He became a great mentor to me. Gus was talking a lot about a story idea he had for a film called Petite Master, which would be a martial arts action/comedy starring an old Chinese woman. I loved it, so I wrote a few pages of it. Months later, Scott Rudin wanted to develop the idea and Gus asked if I would write the screenplay. Because of that first job, Gus hired me to write his Ten Commandments film for the WGN event series.

I have a great time working with James. I think he has a really fearless approach to everything he does. He also works harder than anyone I know in Hollywood, which I hugely admire.

What advice would you give to someone that wants to "make it" in Hollywood?

The best advice I can give is to create your own stuff. I think the days of going to auditions and hoping for that big break are kind of over. Yes, do the auditions, but it's easier than ever now to write and produce your own material for cheap or even free. Beyond that, try things you've never done before. Even if it's not exactly what you think you want to be doing, every experience contributes to a greater understanding of this world. Not to mention, you meet people who will change your life in totally unexpected places.

Was this something that was always a dream of yours?

Working in film and television was always the dream. Growing up in Montana, movies to me were actors, so I aspired to be that. I couldn't comprehend how many other elements are involved in bringing a film to life. I have always written and had a passion for it, but it was a revelation discovering that writing and acting really go hand in hand. The impulse is to tell stories, and it all comes from the same place.

The character from Hollywoodland (episode 2) is hysterical. Was it inspired by anyone in particular?

The compulsive liar character is sort of a collage of different people I've known. Hollywood can definitely perpetuate the feeling that everyone is better and more successful than you. There are people who have it all, and people who appear to have it all and between the two it can be easy to feel inadequate. Compulsive lying says so much more about a persons self-esteem than it does about their desire to "trick" people.

Check out the latest episode of Hollywoood Land: