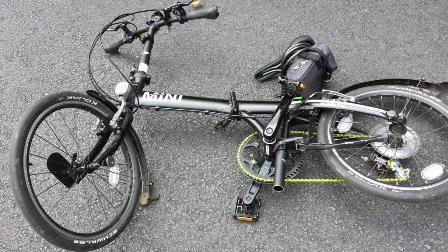 Sometimes, fate needs to knock you right over to get you to pay attention. That's what it took for me to be mindful.

It was a winter Saturday morning and I was ready to tackle a list of home projects when I took a last peek at my email. A town meeting popped up and suddenly I had to be there. I figured I could also get some exercise if I rode my bike.

The week had been sunny and I was confident the snow on the trail had melted. I grabbed my foldable, filled the tires and quickly assembled the frame. The latch for the handlebars didn't look quite right, but it felt secure so I was off and rolling.

Finding the meeting less than scintillating, I grew antsy and was soon rushing back toward home.

By then, the trail was more crowded. Up ahead were a duo of walkers and a small patch of ice. But as I tried to pass between them, my handlebars buckled and I crashed to the pavement.

Stunned and embarrassed, pain searing through my back, I was glad for the help of the pedestrians I had tried to avoid. As one gave me a hand up, the other secured the handlebars -- carefully this time. Offering a shaky thanks, I winced my way home with only a cracked rib and a bruised ego.

It took a trip to San Francisco to find out why the accident happened.

I was there for Wisdom 2.0, a conference jammed with Silicon Valley entrepreneurs and executives from the likes of Twitter, Facebook, and LinkedIn. But they weren't going to talk tech. This gathering was meant to connect people "in ways that are beneficial to our own well-being, effective in our work, and useful to the world." Since I've written a book on that subject, I was curious to know what "ways" they were talking about. 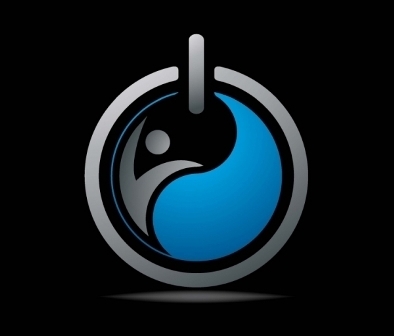 Wisdom 2.0 is the brainchild of Soren Gordhamer, himself a former tech professional. Not long ago, Soren was almost devoured by the digital world. "What most mattered to me was knowing if I had received any messages in the two minutes since I last checked," he writes in his book, Wisdom 2.0, Ancient Secrets for the Creative and Constantly Connected.

Intellectually, Soren knew how to have a balanced life, but in reality he was living otherwise. Too busy to taste his food or get enough sleep, the time he spent with family and friends had dwindled to nearly nothing. "By feeling one thing internally while my actions expressed completely different priorities, my life was out of alignment."

Then, feeling about to self-destruct, Soren resolved "to bring consciousness" into his actions. He would start to be mindful.

Arianna Huffington became mindful after waking up in a pool of her own blood. One day in her office, after two years of frenetic work setting up the The Huffington Post, she fainted, breaking her cheekbone on the side of her desk on the way to the floor.

Apparently, that's how many people become mindful -- painfully. "Our entry points in this journey are often points of breakdown," she told a rapt Wisdom 2.0 crowd.

It was then I realized what happened on that fateful winter day. I wasn't mindful. As my hands latched my bike together, my mind was racing ahead. I was disjointed, just like those in Soren's book:

Walk down the street of any major city and most people are essentially "somewhere else," either because they are on their phone or are daydreaming about some future moment or reliving a past one. This moment, the one we are living now, is so often missed.

I missed the second of a two-step process to attach my handlebars.

Mindfulness pulls body and mind back together. Thus reconnected, "we can breathe more deeply, see more clearly, and trust our intuition," writes Soren. Plus we may be much safer.

Wisdom 2.0 impressed me so much, I revised my book. Here's how I describe mindfulness now in The Durable Human Manifesto (inspired in part by a thoughtful greeter at Disney's Aulani resort):

The Hawaiian word maka'ala means to be fully alert and present. In the same way, being durable is to be mindful of yourself and your circumstances.

These days, I pay attention when I'm latching my bike. I don't "rush" when I'm on the trail. I try to follow Soren's advice to "gracefully" finish one task before moving on to the next.

So thank you, Soren, Arianna and all the Wisdom 2.0 contributors. Now that I'm more mindful, I'm more durable, too.