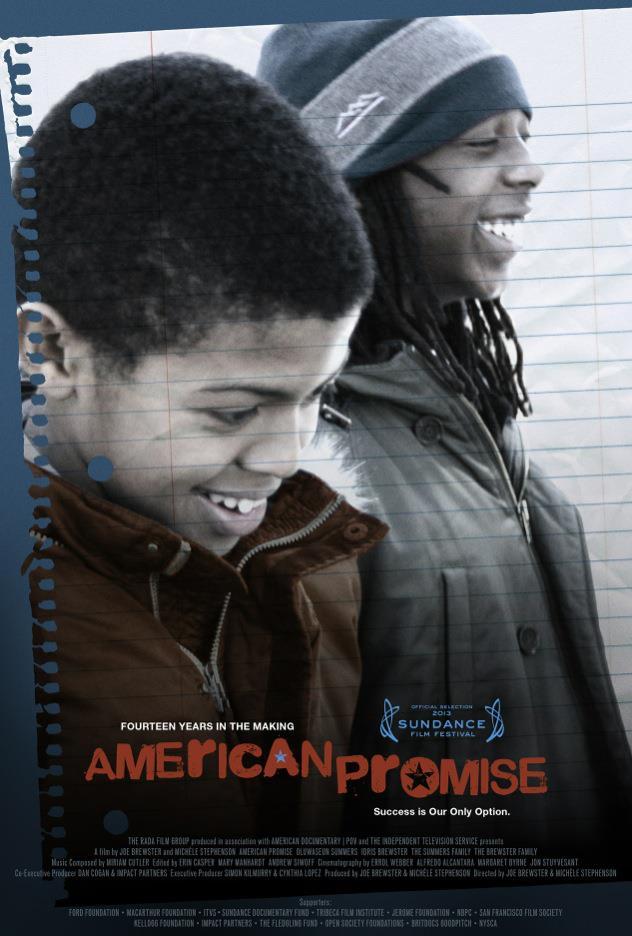 He merely tapped my shoulder. His voice was calm and even friendly, but the words were frightening: "Give me everything you have or I will kill you." I immediately emptied my pockets. My phone and wallet were all his on this scorching summer day in Brooklyn. At 6'4, this muscular man towered over me in a way that turned his body into a weapon. He didn't need a knife or a gun. His body and words said it all: "If you tell the cops, I will kill you."

If only that camera, which I sometimes hate, had been there. Since I was five-years-old, a video camera has followed me at school, home, on the playground, at basketball games, and even when I fight with my parents. I am one of two subjects in a documentary film about the racial achievement gap. The film is tracing the lives of two black men from kindergarten to graduation. My parents, who are filmmakers, are producing the film. I sometimes plead with them for moments away from the camera. The mugging made me wish for that camera.

I am refined while on camera. I let people "invade" my privacy. I become the "best" version of myself: my platonic conception. When I am free of the camera, I let my guard down, drift into my own world, tend to ignore elements of my surroundings, and perhaps become an easy target for a mugger.

Being on camera is not always easy. The camera often becomes too invasive and steals too much of my time. There are days when I want to live the life of a normal teenager and not make every stranger on the street wonder if I am a movie star when they see the camera following me.

I am sometimes at war with the camera. For example, my friends and I were getting ready to leave school one day last year. We had free time and fun on our agenda. Then I spotted one of the cameramen that works for my parents outside of school. I wasn't in the mood to be filmed and I knew that the camera would make my friends feel uncomfortable. I decided that we would "escape" the cameraman. It became a fun escapade. We went back into school and left through the back, leaving the cameraman behind. It worked successfully. When I arrived home, my mom was furious. After all, the cameraman would bill her for those hours. I did not feel any remorse, mainly because the camera was attempting to impinge on my off-camera world, that precious time when I am not on stage. Could I at least get a warning?

In my on-camera world, I modify my thoughts so that my words sound "nicer" to the people that are hearing me, especially my parents. There was a specific interview in which I was asked my thoughts on the school that Seun, the other kid in the movie, attends. "Ghetto," was my immediate thought, but I would never say that. Seun goes to a public school that is predominantly black. The fact that "ghetto" was the first thing that came to mind was not my proudest moment. I would not want to be considered racist or self-hating. Thankfully I turned on my on-camera self. My platonic conception censured my thoughts and turned my words into something acceptable. I described Seun's school as "less fortunate."

The documentary has created two voices within me and heightened my sense of self-awareness, allowing me to be mindful of my thought processes, and considerate of how my reactions might be perceived by others. When I get to college, I will be away from the camera and I hope to fuse these two selves of mine together. I will take the beneficial parts of both realities and mesh them together, turning them into my ultimate reality.

Idris Brewster, a graduate of The Dalton School, is a freshman at Occidental College.