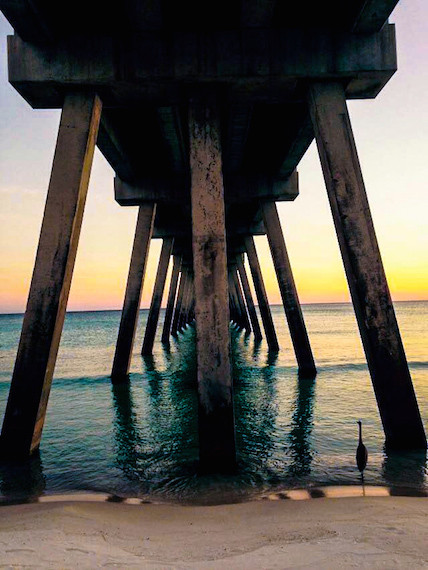 I am willing to bet that most of us that watched The Karate Kid at some point in our lives, also eventually found ourselves wishing we had our very own Mr. Miyagi to guide us through it. While I have never been successful in finding a karate master to follow me around and give me sage advice, I do have a standard list of folks that I turn to when I am in need of some wisdom.

Mark Nepo
I became aware of Mark Nepo after getting his Book of Awakening, which is a spiritual daily devotional of sorts. It is not specific to any one religion, but ties many common religious and philosophical themes into our daily thoughts and struggles. He relates many of his enlightened narratives to his own experiences and as a cancer survivor he has a unique perspective. As I read more of his work, I continue to gain new insight on my own life. Thanks, Mark!

Pema Chodron
Aside from the fact that she was the first American woman to become a fully ordained Buddhist nun, her books are incredibly eye-opening. Even though I am not a Buddhist, her teachings often describe ways of thinking I hold, but could never verbalize. For instance, Pema says on the idea of compassion, in her book, The Places that Scare You...

That notion is something I have always felt, but could have never put so eloquently.

I also find it hard to take advice from those who are not well acquainted with their own dark thoughts and experiences and both Pema and Mark both seem to come from that very honest place.

Robert Frost
Frost once famously said, "I am a dualist" and most of his fans know this to be a reoccurring theme throughout his poetry. As a bit of an autodidactic philosopher, he never seemed confined to one school of thought and well I like to have my options, too.

Dualism in its most rudimentary form is thought of as the division of mind and body. Often the philosophical impartial judge, dualist do not believe that reality can be reduced to one final principle, that it is more complex and that no true final conclusion can be drawn in this life. Many dualist are therefore not so quick to draw conclusions on complex moral, religious and intellectual quandaries, they often subsist in the gray areas, seeing many sides. Ah, Frost just "gets" me.

Mother Teresa
Her example of serving others is humbling and something to aspire to.
I have often thought of the below quote as a life mantra; it is said to have been written on her home for children in Calcutta. However, it is also an adaptation of The Paradoxical Commandments written by Dr. Kent M. Keith for student leaders.

People are often unreasonable, irrational, and self-centered.
Forgive them anyway.

If you are kind, people may accuse you of selfish, ulterior motives.
Be kind anyway.

If you are successful, you will win some unfaithful friends and some genuine enemies.
Succeed anyway.

What you spend years creating, others could destroy overnight.
Create anyway.

If you find serenity and happiness, some may be jealous.
Be happy anyway.

The good you do today will often be forgotten.
Do good anyway.

Give the best you have, and it will never be enough.
Give your best anyway.

Eleanor Roosevelt
The very quotable and longest running first lady is my last "life sensei." She was the first to use her position as FLOTUS, politically and for the good of others as a prominent supporter and activist for civil rights and the women's movement. The story of her relationship with her parents (her mother specifically) and husband are a little sad, but undoubtedly where she gained much of her compassion for others. My most favorite and profound quote of hers -- "No one can make you feel inferior without your consent." Amen to that, sister.