On any given day, working in the field of aging can be fulfilling, meaningful, or, occasionally, frustrating. This enormous issue does not always get the attention it deserves. So, as much as anything, the recent White House Conference on Aging provided a welcome occasion for recognition and celebration. 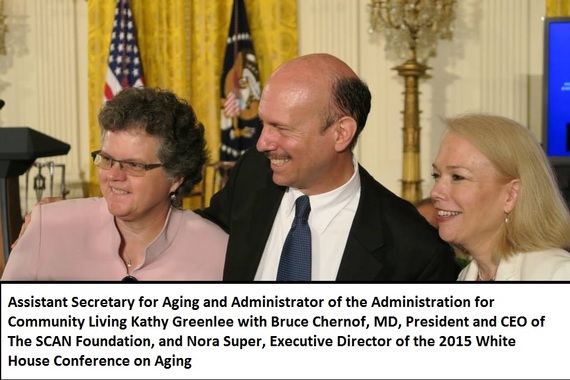 At least for a day, the Conference put aging on Washington's version of center stage: the East Room of the White House (with crowd-pleasing glimpses of the Rose Garden and First Dog, Sunny). 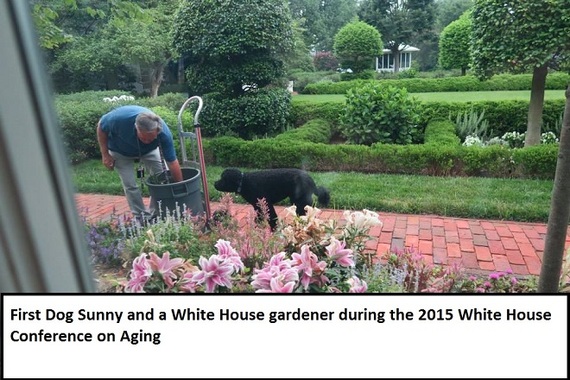 It overflowed onto C-SPAN and Twitter (#WHCOA), as well as more than 600 "watch parties" across the country. 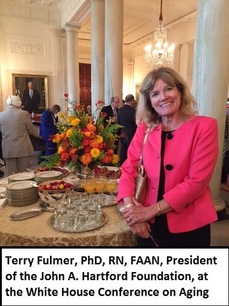 I was honored to attend on behalf of Grantmakers In Aging -- an invitation that clearly recognized the role that philanthropy plays in fostering new ideas and supporting great work in aging across the country.

Philanthropy was ably represented by GIA members including Terry Fulmer of the John A. Hartford Foundation, Bruce Chernof and Gretchen Alkema of The SCAN Foundation, Shelley Lyford of the Gary and Mary West Foundation, Lisa Marsh Ryerson of the AARP Foundation, and Michael Marcus of the Harry and Jeanette Weinberg Foundation.

There were some new faces as well, with important stories to share. Home health aide Molita Cunningham spoke powerfully about how much she loves her work caring for a woman disabled by a stroke, yet how difficult it is to raise three children on her $10 an hour wage. 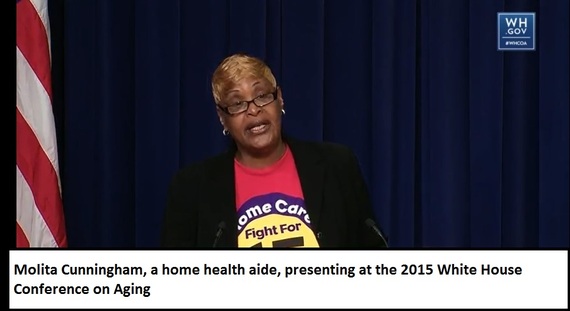 That session produced what was, for me, the most powerful statistic of the day: the average annual income of a home care worker in this country is $13,000. No health care coverage, no overtime, no retirement security. This is an important issue and GIA is delighted that WHCOA panelist Ai-jen Poo, Director of the National Domestic Workers Alliance and a 2014 MacArthur fellow, will address it further at our Annual Conference this October.

As with many celebratory occasions, most of the real work took place ahead of time and GIA was honored to host one of the earliest listening sessions, with Assistant Secretary for Aging Kathy Greenlee in attendance, at our last Annual Conference.

Showcasing Administration initiatives was high on the agenda. There were too many to cover them all here (for a full list, provided by the White House, click here) but a few caught my attention.

For most of the day the audience was simply the audience, but a few visitors rose to share their hopes and fears. 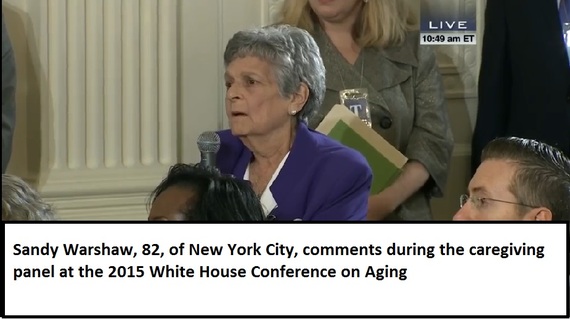 Sandy Warshaw, 82, of New York City, revealed that, as a lesbian, her biggest fear is that, "after all the years of being out and an activist, I'm going to have to go back in the closet, both if I need caregiving at home and if I have to go into an institution." As moderator David Hyde Pierce responded, "The fact that you live in New York City and have that fear is very sobering."

This was actually the first White House Conference held inside the White House proper, with all its history and grandeur. Assistant Secretary for Aging Kathy Greenlee said she believes it was the first time a U.S. President ever mentioned the words "elder abuse." (And congratulations to her, for the tireless work that has put elder abuse on the agenda so effectively.)

A considerable part of what we gathered to celebrate were the successes of previous generations -- specifically, Medicare, Medicaid, and Social Security. It was most appropriate that the first speaker of the day was the great Bernie Nash, the former Executive Director of AARP. Bernie was a central figure in the fight to pass Medicare, against tremendous opposition. Now those were difficult times in aging. 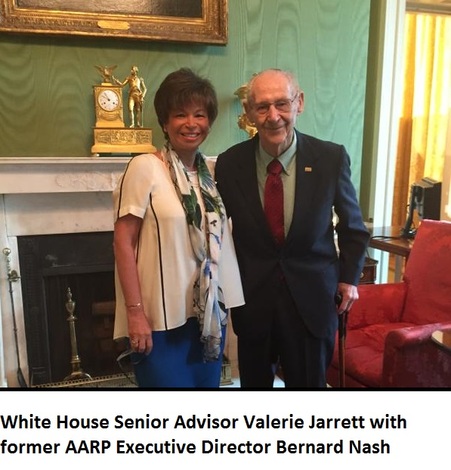 The President acknowledged this: "We've grown so accustomed to these programs being a part of American life -- these bedrock, foundation stones of our society -- sometimes it's easy to forget how revolutionary they were at the time. They were hard to get done. When FDR tried to pass Social Security, critics called it 'socialism.'"

As hard as it sometimes seems today to garner the attention or the funding we need, things were almost certainly harder then.

The White House Conference on Aging had much to celebrate, and did. I would just add that it would be a shame if it took another ten years for us to gather again for such a good reason. The aging of America is accelerating, and we have to keep moving. So, joyfully and deliberately, let's get back to work.