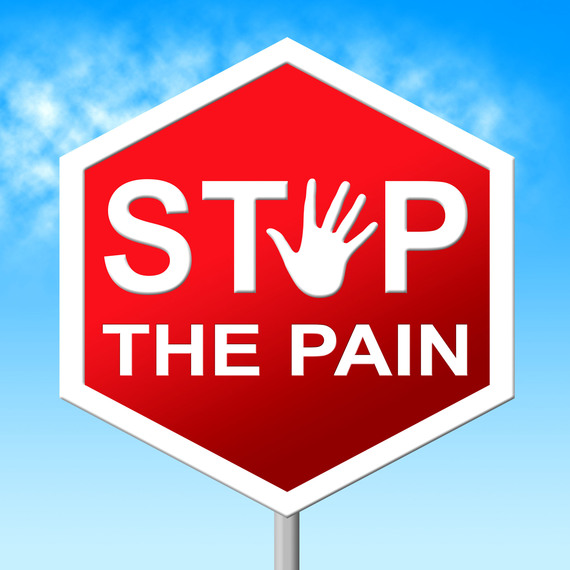 I will no longer remain silent. I have a debilitating disease. I have Endometriosis.
1 in 10 women suffer from this condition yet nobody wants to talk about it. 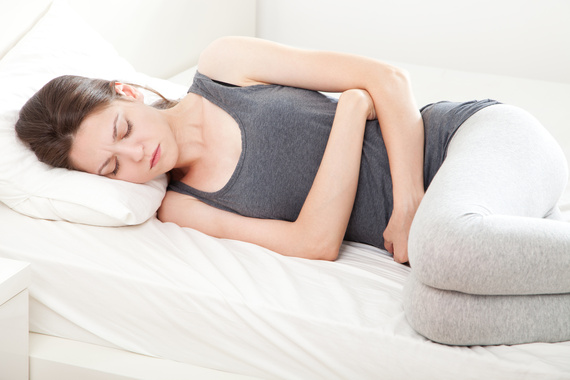 I was 16 when I was first diagnosed. It was a rainy morning and I decided to go for a run through my neighborhood. Water flicked at my calves as my sneakers pounded the pavement.

Unanticipatedly my pelvis was engulfed in pain; the pain was agonizing. Within seconds I dropped to the ground, curling myself into a ball on the wet pavement. Eventually I was able to stagger home where I was driven to the hospital.

The diagnosis was welcome after two years of being told by doctors, that my symptoms were just part of being a woman. It was suggested repeatedly that I take a couple of painkillers and surrender to my fate.

Finally I felt validated, I wasn't a hypochondriac -- I had a benign disease. I wasn't a super-bitch with chronic PMT; I actually had a legitimate illness. Unfortunately I drew the short straw, I have a condition that no-one knows anything about.

If there was a condition that affected the penis and incapacitated men month in, month out, year in, year out - it would be considered a national emergency. Men wouldn't tolerate this baloney. But women, we like to suffer in silence rather than complain. We revel in our stoic martyrdom.

176 million women worldwide are affected by this mysterious condition. Endo affects the reproductive organs; it's a disease where the lining of the uterus is found outside the uterus -- causing chronic pain and a multitude of ailments.

The only way to diagnose Endo is through invasive surgery, which is why so many women live in agony without even knowing the cause. I was one of those women. Every time a doctor turned me away, I lost a little more faith in myself. Was I mad? Was my pain real? Or did it only exist in my head?

I've lived with Endometriosis for 22 years and little has changed in terms of medical progress since my diagnosis. It's a disease with a ton of speculation but few scientific facts. They don't know what causes it and they don't know how to cure it. This disease attempts to rob me of my ability to function at a peak level. It deems me unable to live a pain-free life.

When strong medication isn't effective, one has to find another way. Often I self-medicate with alcohol which numbs all that is hurting within my body. Life has become an endless trail of heat-packs, Advil and laparoscopies.

In 2004, I wrote a play titled If a Bloke Had Endo which was funded by the Australian Endometriosis Association, (which I'm told has now closed down due to lack of funding). The play was performed to international medics and local politicians at the Box Hill Hospital. I've also written an array of articles about Endo, which have been published in various medical journals. I've tried to give a voice to Endometriosis sufferers but on reflection, I don't think I've done enough.

I apologize to my fellow Endo sufferers for not writing about this issue more. I was idealistic. I believed things would improve. I believed that I could take a backseat with advocacy but I was wrong.

I am 38 years young and my condition is worsening. I've undergone two keyhole surgeries in eighteen months. My specialist advises me that the Endometrial lesions are gluing my bowel to my uterus. This disease is a beast.

Vanessa de Largie is an actress, author, writer and sex-blogger.