As we walked through the bland doors of the Hyatt Regency, we had no idea what was waiting for us on the other side. Imagine for one moment a Turkish bazaar, right after it rear ends a traveling medicine show. Carnival barkers swarmed around, chanting names and phrases over and over while handing out pieces of paper.

We barely had time to register this before we also came to the unfortunate realization that we had entered the wrong door. It had to be the wrong door because everyone was walking in the exact opposite direction we were walking in. We were the salmon, they were the falls. We steered ourselves and plowed into the mob heading towards us, all of them sporting patriotic pins and clothing, gripping wine glasses and beer bottles with a steely determination, and all thinking the same thing...Karl...Karl...Karl.

"We" in this case referred to me and Melissa Griffin, ace political writer for the San Francisco Examiner. And we were trying to get our press passes so that we could join in the crowd barreling toward that ballroom.

We were all there to see Karl Rove.

Ok, I need to back up here for a moment. When I found out that the Republicans were having their confab right down the road in Sacramento, I knew I had to go. Now stop the wagging of heads and rolling of eyes. I know you think is a "Democrat goes to Sacramento to make fun of the Republicans" story, but that was not my intention. Well, in the spirit of full disclosure, I did want to make fun of Karl Rove. The rest, though, I was determined to keep an open mind about. I mean, and the end of the day they put on their L.L. Bean pants one leg a time just like us, right? And I was curious to see this legendary fractionalization up front, this divisive split between Rove's Victory Project and the Tea Partiers that I've been reading about. We in the fourth estate love nothing more than a train wreck, and from all accounts you can hear the screeching brakes on the GOP from a mile down the track. Of course there is the additional benefit of the media being demonized by the GOP at every turn. Put that all together, and I was sharpening my knives the whole way up from San Francisco.

I had great hopes too. Besides the aforementioned Karl Rove, there were threats of frenzied GOP parties late into the night, and knickknacks for sale such as bumper stickers that said things like "Keep Honking, I'm Reloading" -- all of which made me completely ill-prepared for the chaos we had just walked into. Although by all counts election of the major officers was pretty much a done deal, the walls of the Hyatt were plastered with campaign posters like an election at a high school (paging Tracy Flick, paging Ms. Tracy Flick). The campaign staffers would descend and feverishly push paper into your hands. Campaign flyers? Nope. Positions and issues? Um, no. The flyers were announcing where that candidate's party was that night.

That's right, the battle for the hearts and minds over the future leaders of the Republican Caucus was apparently a battle over their livers. This was not terribly surprising given a chat with a bartender later that day. Apparently, when the staff arrived to set up the bar (which opened at 10:30 a.m.) hey found people waiting. They commenced serving drinks at 10:31, and went nonstop until they started prying glasses out of people's hands at 2:30 a.m. Which would explain the gimlet-eyed nature of the clientele. They really were gimlets. Could we be looking at the first coalition of the swilling?

There was no time to ponder this, as the wine-toting crowd swelled into the ballroom to hear the words of Karl. The press was barricaded up against the back wall, with a rope making sure we were kept far away from Rove. He powered up to the stage while the room wobbled to their feet and gave him a less than thunderous response. It turned out to be completely warranted as Rove spent almost half an hour insulting California at every turn, while the room quietly pushed their salads around their plates. When he wasn't blasting California, he was extolling his home state of Texas and telling everyone how happy he was that businesses were going to leave California. He glared at the room and informed us that "California used to lead the country, but no longer, and I say good!" I expected a riot to break out, but a few of the people around us had actually fallen asleep. Finally the mighty Rove told the room to get off their asses, and get back in the game. Then he got back in his car and scrammed as fast as he could.

"He Who Shall Not Be Named" had lived up to everything I hoped. He displayed every bit of arrogance, spite, and complete disregard for his audience that I had hoped for. He made a joke about Al Gore and the Internet. He made jokes about Democrats doing "goofy things." He trotted out the (at this point cliché) "we are turning into Greece" schtick. He made fun of the president. It was all sadly predictable.

And then their savior blew town as fast as his PAC-funded airline ticket could manage. The room suddenly deflated, and were left standing wondering what to do next. The only answer was of course to head back out to the carnival outside. The show in the hallways between the candidates' conference rooms was a lesson in surreal excess. There were purses, festooned with enough faux bling to make Liberace blush. The bumper stickers with their strident slogans. On a table were dozens of photos of grinning delegates posing with the now departed Rove. In the corner was a vendor from Orlando selling pins and jewelry, alongside some truly heroic paintings of George W., Reagan, and Lincoln done in a vaguely "color by numbers" fashion. When I asked him if he was doing well, he sadly shook his head. Given the wares, I inquired if he had also attended the Republican national convention in Tampa. "They didn't want vendors there," he said. "It's not for small business." Ok, so much for that platform.

It turned out we were not the only salmon swimming upstream in that building. There was an undercurrent of understanding that things were not going the way they had envisioned just a short 12 months ago. The previous year, the powers that be told these exact people that inevitable victory was coming that fall, that the forces of conservatism would once again resonate with the electorate, and their Mormon chosen one would lead them back. And instead, as one candidate put it, "we got our asses kicked."

And then just like that, it turned around. One of the many press flacks that trolled the crowd accosted Melissa and I. He was introducing the press to Marcelino Valdez. Valdez is 33 years old, living in Fresno, and just got elected Central Valley Region vice chairman. He is being groomed by the GOP, and not just for the obvious reason. Yes, he is Latino, and yes the GOP got their clock cleaned last year in part because they only got about 11 Latino votes The need to get right with this important voting block was palatable. On Friday night a mariachi band entertained the delegates. Get it?

Rove was preceded that morning by the head of GROW Elect, a grassroots Latino voting group. He said that the daunting task in front of the California Republicans was like eating an elephant. "How do you eat an elephant?" he asked the room.

"One bite at a time," the room responded obediently.

"And it's easier if you eat it with some salsa!" he chirped. Get it?

But Valdez is more than just that. He is an informed, articulate young man explaining his plans to help GOP candidates reach out to members of his community, regardless of their party affiliation. And I sensed something else in him, something that felt dangerously like hope. The gears in my headed clicked as I realized I had the wrong angle. The angle was not whether leaders like Karl Rove could save the Republicans in California. It was whether the California GOP could save itself.

I had found the fracture in the GOP, but it was not the one people are talking about, the blood sport back in Washington where the GOP mainliners and the Tea-Partiers stare each other down every day and try to be more pure than the other. And guess what Karl, it turns out you were wrong. California is not out of the game after all.

This started to come into focus that night. After a nap to prepare ourselves, Melissa and I set out on a party crawl the likes of which I have not done in a while. I will say one thing for the GOP: they attack the night with greater enthusiasm than the Democrats. Like a dog that finally has the scent, I dove into the madness with a renewed purpose. I was looking for this new breed that seemed to think they had the answer to the Republican Rubik's Cube.

Tune in later for Part Two: A long day's journey into a Sacramento night

PHOTO GALLERY
My Repulican Weekend (Day One)
Download
Calling all HuffPost superfans!
Sign up for membership to become a founding member and help shape HuffPost's next chapter
Join HuffPost 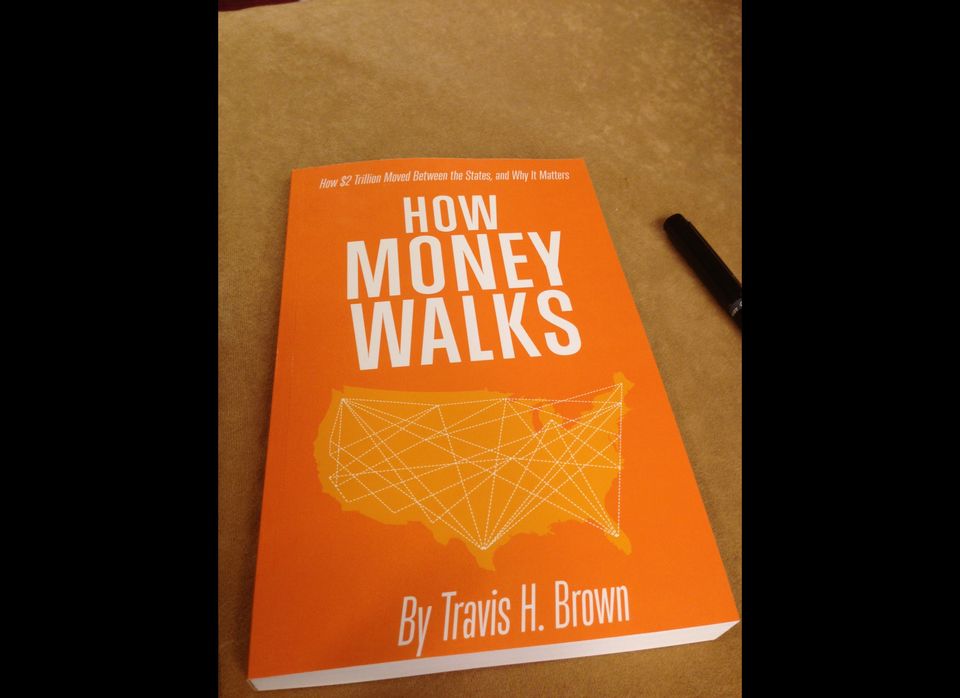 1 / 3
The Press Room
I know, I know, we were as not surprised as you when we entered the press room and found these waiting for all of us. Apparently they ran out of copies of "30 minute meals for the 1%"