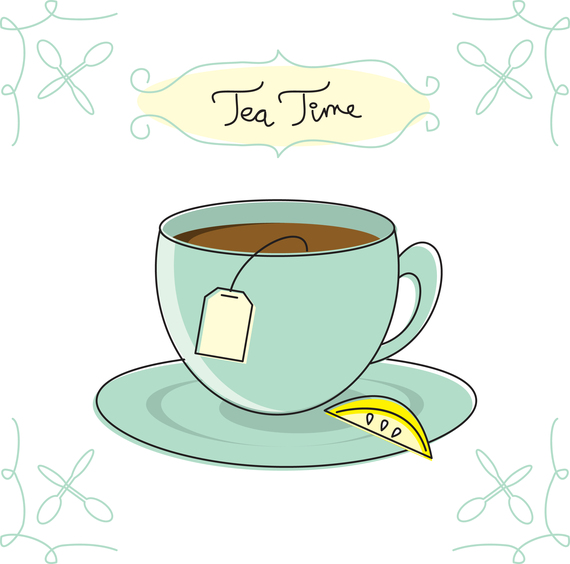 How do non-tea drinkers get through life?

I have a theory. When the Creator said, 'Let there be light', taking into account the ramifications, He added some things to the list of creation, to help human souls through the journey of life. One was this brew, tea in English, chai in Hindi, which is nothing if not a soul brew. Beautiful and divine under all circumstances - growing on lush green slopes or as liquid in a cup, glass, mug, chinaware, clay kulhad, steel glass, or soup bowl if nothing else is available, it is a celestial offering. There are other things too, which help in the journey of life, but that is a topic for another day.

The romance started early. I glad-eyed tea as far back as I can remember. It created such a warm ambient glow around my parents when they sipped it. Finally, at some point, as kids we were allowed to steal a taste of the ambrosia, from their cups. Or rather glasses. Plain simple inexpensive glasses in which the brew, for some mysterious reason acquired additional taste. (Only when guests came were cups and saucers retrieved from shelves. Later they went back to the shelves, to gestate till the next round of guests.) Grateful to my parents for their liberal unstuffy approach. Many, for whom tea was taboo, (for nebulous never-specified reasons), till they reached voting age, were unable to relate to it to later. Pity.

A day begins and then a day begins well. For the countless tea-lovers of the world it is - with a good cup of tea. This is beyond debate.

As a Tea-Pashion-ista, my affair thrives day to day and remains fresh and spanking. If there be an impediment, (milkman absconding or vehicles' strike, with no milk on the doorstep), then the day, well, pauses. Till that cuppa, made right -- with the taste and aroma in place, and swirl of steam curling upward like a genie -- reaches my hands, I am a perfect mess. (Though I pretend so hard to look calm).

When I fell in love and marriage glimmered on the horizon, an important thing was that he was not a coffee drinker. So many are. It just wouldn't have jelled. Imagine coffee and tea aromas crossing swords in my kitchen every morning. Not it. Not to mention the arguments, (marriage after all) about which brew is the gift to mankind. Shoes, toe nails, cut of jaw, don't matter that much. But, don't love tea?? I would have been disappointed. It's a distinctive activity. It adds a dimension to life and relationships.

When the children came along, after they touched five, I made sure to impart tea wisdom to them. In bits. This meant introducing them to its wonder early. I couldn't bear the thought of them not developing a taste for it. I ensured by allowing them surreptitious sips. Nobody saw, except my husband who was complicit.

However, it's not entirely uncomplicated.

Firstly, it has to be made just right. The absolute exact proportion of tea-leaves, milk, sugar (brown) is a fussy but necessary requirement. The colour of the brew should neither be too dark nor too light. It should also not be over-brewed nor under-brewed. And, of course, it has to have the right temperature - for me, piping hot. This pernicketiness is possible only under controlled conditions like when you are at home.

Outside home territory, the rules get flexible, to whatever extent needed, as long as you get that brew, in any sort of container, into your thirsting hands. Under duress, we tea lovers, accept tea in any container, but given choices, the right container matters. Depending on the place time and mood. At home, readymade tea in a glass or ceramic mug is fine. (But, it should be the specific one you like and have marked out specially as your own). At airports and railway stations, paper glasses do. In clubs and restaurants, fine porcelain cups and teapots snug in teacosys', served up by liveried waiters is what adds charm to the experience ... At roadside dhabas it is the clay kulhads that pack a rustic earthy punch to the taste.

The season also counts, to a slight degree. A Winter's Tale is the more beautiful with tea.The rainy season ... Ah. One of life's chief pleasures is the synchronised activity of watching rain, and sipping tea.

Then, company is important. Like-minded initiates add to tea bonhomie. However, for the true aficionado the best company is yourself. This is because tea drinking is basically - meditation. The best 'stillness', happens, with a cuppa in your hands, as you gaze emptily but beautifully into space.

The hour. Well, first thing in the morning is the golden hour. Heaven descends for a few moments every day. The brand also counts. Each one has their own favourite - and there is a smorgasbord of flavours out there to pick from ... as also colours. Black, green, white, purple, etc. etc.

However, the good news is, even if two of the above align in a given moment, it does great. Honestly, let all misfire, but let tea remain, that's fine. It's tea after all.

And there is more - the accoutrements. Biscuits, scotch scones, tea cakes, plum cakes, thinly sliced cucumber sandwiches, cheese toast, name it, allied with tea, makes it an additional dose of paradise. (Pardon the hyperbole ... but I find restraint difficult while on the topic).

Footnote - I have nothing against coffee ... as long as nobody ever tries to convince me that it's a superior passion.

More:
GPS For The SoulTeatea lovers
Newsletter Sign Up
An essential daily guide to achieving the good life
Subscribe to our lifestyle email.
Successfully Subscribed!
Realness delivered to your inbox

A lover of words, well-placed and well-used... so, an author and writer.