My sister Jaime is only 19 months younger than I am. We grew up doing almost everything together. We had almost the exact same life. Now, she lives in Costa Rica, and I live in New York City, and our lives couldn't be more different. 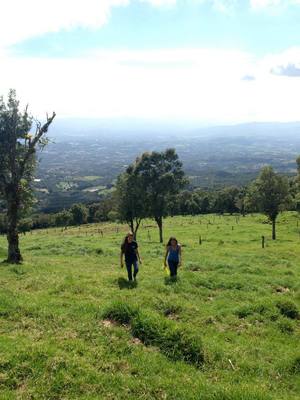 The other day her Facebook post was of a sloth crossing the road in the pouring rain. A week before that it was of a grasshopper that had more colors in it than the rainbow. And a few months before that she posted a picture of a Viper snake that she encountered when walking through the forest with a local. They had to stab it to death to avoid the risk of being bitten, and of course my sister's reaction was that she felt horrible to watch it die. 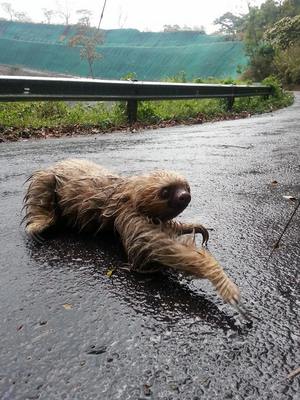 Jaime spends a ton of time in nature. And she often tells me stories of the woman farmer that she works with from time to time. She tells me how good it feels to hear about the woman's struggles and also the joy she gets out of working with her hands on the farm. She's often visiting waterfalls and beaches on the weekend. She meditates and does yoga, and teaches all the little kids in her community to do the same. She frequently makes invented smoothies from whatever fruits, vegetables, and flowers she can get her hands on... Which often includes things I've never even heard of. 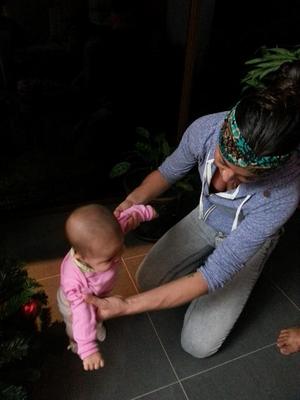 Our FaceTime conversations usually include her showing me some exotic bird outside her window, or the local dogs that come running into her apartment that love her.

Jaime graduated college with a 3.9 GPA in finance. Yes, she could have easily gotten a high paying job in business. But in one of her college classes, she heard a Peace Corps volunteer talk about her experience. So upon graduation, Jaime left for El Salvador for two years. When she came back to New York, people gave her a lot of praise. They would say things like, "Wow, that's so noble of you to have done that." And in response she would tell them how she wasn't the noble one, nor was she the one to be praised. She said that she learned so much more about life and living from the people in her community than she could have ever taught them. 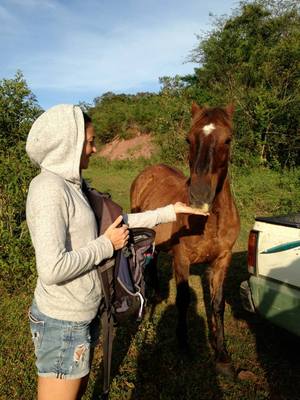 After the Peace Corps, Jaime got her certification as a wellness coach from the Institute for Integrative Nutrition, and then went to Thailand for a month to get certified in yoga. At the same time she applied to the University for Peace in San Jose, Costa Rica. It is a United Nations mandated university, and of course, Jaime got a full scholarship. She received a masters in Environment, Development, and Peace. Throughout her studies, we would have the most fascinating conversations about various social perspectives, sustainable development and conflict management. And she would tell me about the interesting lives of her classmates that included people from all over the world. 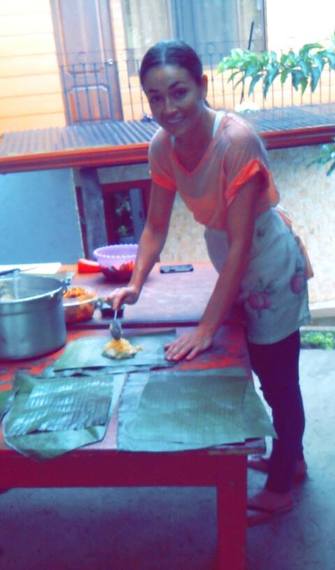 Now she works for a startup company called Vayando that connects curious travelers to micro-entrepreneurs in Costa Rica. She helps people see the value of indigenous cultures, and the importance of preserving small business. And she loves what she does. 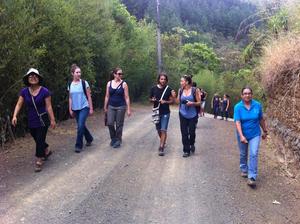 My family and I beg her to come home. We selfishly want her to be back in New York, or at least I do. I want to see her more. I want my friends to meet her, and hear all the interesting things she knows. And yet, in my heart I know that she should stay... at least for now. After all, her way of living has expanded my mindset towards life. It makes me realize that it isn't supposed to look a certain way.

Jaime's life consistently reminds me of what's really important. I look out my window and see the tall skyscrapers of Manhattan, and then I look down at the streets at the people who are in a hurry no matter what day of the week it is. When Jaime visits me in New York, she often asks me why I always have to diagonally cross the street rather than going to the cross walk. I tell her "because it's faster." And she asks me why I am rushing. I never have an answer.

Jaime makes me question what most of us consider to be normal. The way she lives makes me question the "system" that I've grown up in. Some people think of Jaime as a "hippie." I guess it's because she has super long hair, and her blog posts are very revealing of what she experiences internally. She expresses things about herself that I often keep inside. But I don't like that word "hippie." There's something about it that puts Jaime in some kind of box, or stereotype of the past... when in actuality, I think that the life that she lives represents the future. It represents the life that we are often all aiming for... one with meaning and purpose. A life that is connected with nature, and with the little things... the things that give us joy. 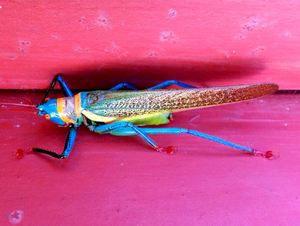 I don't suggest that we should all pack our bags and move to Costa Rica. And as cool as her life looks, I know it hasn't always been easy for her to stay far away from our family, or to live the "unexpected" life... She has had many doubts and second thoughts.

But that's why I look up to her... because I never could have predicted that she would be living the way that she is, and I also have no idea what she will do next... And the best part is... I don't think she does either. 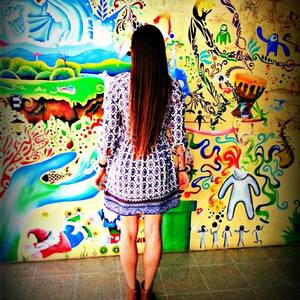