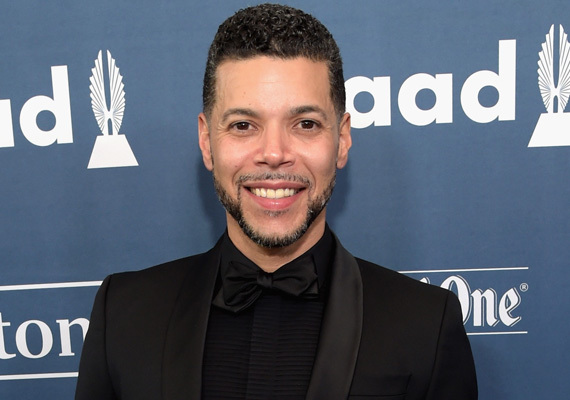 Wilson Cruz's portrayal of a troubled gay teen in 'My So-Called Life' helped the LGBT community in the mid-1990s. [Photo by Imeh Akpanudosen/Getty Images]


I'll never forget the evening of December 22, 1994, when I saw the "So-Called Angels" episode of My So-Called Life, which was the most emotional episode of any television show I had seen up to that point. It was the episode where one of the first main gay characters on television (at least one that wasn't portrayed in a negative light), teenager Rickie Vasquez (played brilliantly by actor Wilson Cruz), gets thrown out of his house and becomes homeless on Christmas Eve.

I have to admit to not being a huge fan of Rickie before this episode. As a closeted gay man in his early 20s, Ricky was too stereotypically "gay" for my senses. Of course, I laugh about this now and realize the problem was with me, not the character. However, in this episode, Rickie represented every single LGBT person who had been thrown out of their homes. He represented every LGBT person who didn't feel like they belonged in the world during Christmas, a time where many people who celebrated the holy holiday certainly didn't celebrate people in the LGBT community. I, as well as the rest of the community, were thought of as evil sinners. Remember, this was 1994.

At the very beginning of the episode, we realize Rickie had been badly beaten by his father for being who he was. He runs in the snow crying, right before coughing up blood. Luckily, he has a guardian angel, played by Juliana Hatfield, who died as a runaway teenager herself. He also has his friend Angela Chase (Claire Danes), the main character on the show, who desperately (and dangerously) tries to help. Unfortunately, Mr. Graham Chase and Mrs. Patty Chase don't make Rickie feel too welcomed in their home, and he runs off. They feel guilty about this later on. Rickie ends up sleeping at a warehouse, where other abandoned teens stay. Angela goes there to visit him and comes in contact with his guardian angel (Angela is unaware she is an angel), who promises that she is watching him.

Angela gets in a fight with her mother, who tells her to stop visiting the warehouse. She runs off and Mrs. Chase tries to find her. The police take everybody in the warehouse, including Angela, to a church. The significance of the final scenes is that Rickie Vasquez is accepted at the church, a place where many LGBT members weren't welcomed to in the mid-1990s. He is accepted by Angela's mother, who holds his hand and hugs him like he is her own child. It was one of the first public displays of love for a gay teenager ever on national television, and the fact that it took place in a religious institution on a religious holiday made it more symbolic and memorable. Remember, this happened before Ellen and Will & Grace.

Watching this episode made me feel, briefly, that I belonged in the world, even though I was told by society -- even my own family -- that I didn't. It turns out I wasn't the only gay person that this Christmas episode had a profound effect on. That night, LGBT message boards on AOL, CompuServe, and Prodigy filled up with messages on how important the episode was. It also led to discussions about LGBT homelessness, bullying, and LGBT community services. Many members helped cheer up a gay teenage immigrant from Iran, who said his family would kill him if they ever found out about his secret life.

My So-Called Life only aired four new episodes after "So-Called Angels" and Rickie ends up staying with one of his teachers, Mr. Katimski, who is also gay. The series also dealt with other issues that were usually thrown under the carpet on prime-time television at the time, such as alcoholism, school violence, child abuse, and infidelity. The cancellation of the show created such a controversy that MTV aired reruns of all theepisodes for the next year or so - something that was very rare for the music television station to do at the time.

Even though My So-Called Life only aired one season, it is widely seen as one of the most influential television shows of all-time. The fact that it dealt so openly with LGBT issues opened the doors for future LGBT-themed shows such as Ellen, Will & Grace, and Modern Family. Some younger LGBT folks may have not heard of My So-Called Life, but they have the show's writers, producers, and actors (especially Wilson Cruz) to thank for helping to open the doors so gay people can live far more comfortably today than they did 20 years ago.